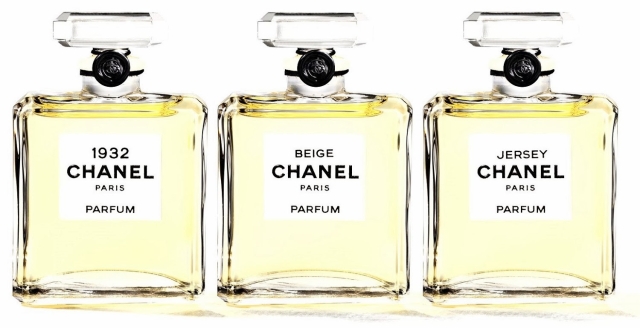 In addition to lighter Eau de Toilette options, Chanel has released its scents ‘1932’, ‘Beige’ and ‘Jersey’ in a high-impact concentration.

Reworked by Chanel house perfumer Jacques Polge, each is directly inspired by the work of Coco Chanel; ‘Jersey’ as one of her favourite fabrics including notes of lavender, vanilla, Tonka bean, roses and grass flowers. The second composition is titled ‘Beige’ for the chic, light colourway favoured by the designer, and brings together chords of freesia, frangipani and honey. And finally there is ‘1932’, which was the year that Gabrielle ‘Coco’ Chanel created her first jewellery collection – featuring notes of jasmine, pear, pomelo, iris, incense, vanilla, musk and sandalwood.

Playing on the super exclusive theme of the collection, each concentrated scent is only sold in 15ml bottles.