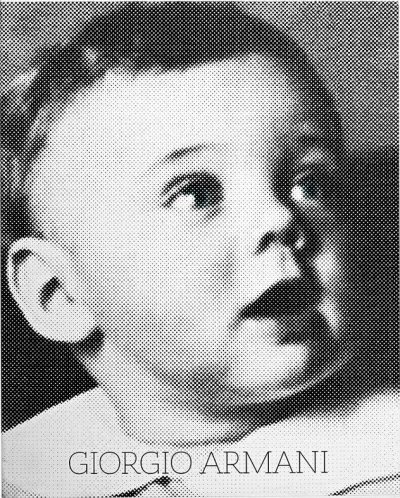 The maestro of clothing himself, Mr. Giorgio Armani is releasing a self-titled book with Rizzoli (Click photo to enlarge).

Italian fashion designer, Giorgio Armani’s autobiography was unveiled on the eve of his eponymous fashion house’s 40th-anniversary after his Milan Fashion Week Spring/Summer 2016 runway show. Published by Rizzoli New York, covers the designer’s personal life, house’s history, the creative process behind the designer’s collections and his impact on women’s fashion and red-carpet glamour.

Giorgio Armani was born in 1934 in Piacenza, Italy. The ravages of World War II marred his childhood, where the young Armani lived in fear of being bombed. He describes how he felt robbed of his youth, never having the carefree upbringing of so many other children. His father worked at the Fascist headquarters, and Armani notes that his father’s required fascist uniform inspired him, along with the black and white movies that were his escape.

Chronicling his life from war-stricken beginnings to the building of his clothing empire that soon became known and revered the world round, you can immerse yourself in Armani’s world.

Giorgio Armani promises to delve into the usually guarded private life of its author. Beyond juicy tidbits previously unknown to the public, the book also takes a look at the slow but steady rise of the Armani Empire. Highlights are discussed from his first real brush with fashion working at a department store in Milan to the founding of his own label and the creative process behind each Armani collection.

Also included written text by Armani and more than 100 images images by renowned photographers including Mario Testino, Steven Meisel, and  Annie Leibovitz, meant to reflect each moment in Armani’s life. A type of narrative exists, allowing you to experience the world through Armani’s eyes. 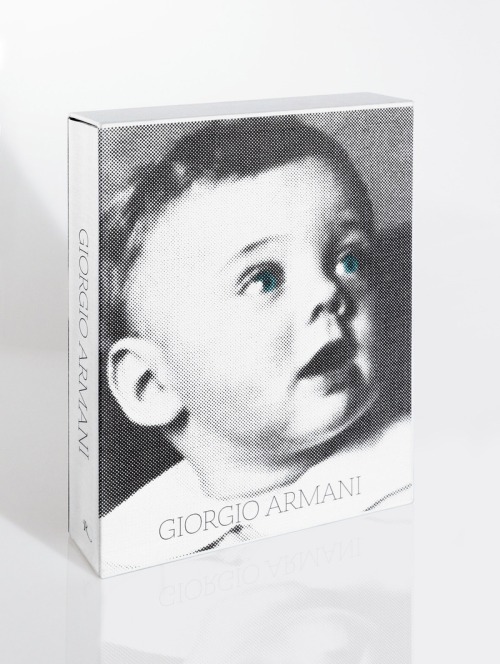 This beautiful book retails at $150, as well as a $350 for the deluxe edition that includes a signed and numbered print. Giorgio Armani is available to purchase now.