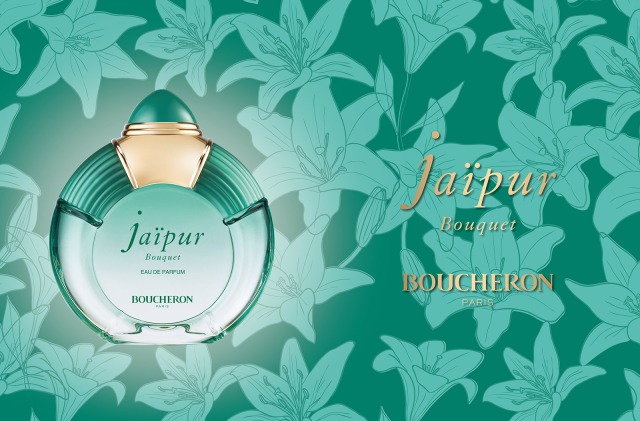 Boucheron is a French family dynasty founded by Frédèric Boucheron in 1858. Best known for its beautiful and unusual high-end jewelry and watches, it was the first jeweler who openend a boutique at the famed Place Vendôme, in Paris. The company’s made its initial foray into the fragrance world in 1988, with a women’s fragrance, Boucheron. The Maison’s luxurious jewels, watches and fragrances continue to adorn the neck and wrists of worldwide clientele today.

India, long a source of inspiration for Boucheron’s jewelry, is celebrated by the French Maison in its new perfume, Jaipur Bouquet. The new scent feels like a renaissance, as Rajasthan’s capital city has already been the namesake for one of the jeweler’s most iconic bracelets and a perfume in the 1990s.

A true jewel for the skin, a symbol of dreams and escapism. Worn like a caress on the wrist, its name evokes the wonders of nature.

Boucheron called upon perfumer Mauric Roucel (Symrise) to create the flanker for the house’s classic scent inspired by the colors, gems, and flowers of Rajasthan. The perfumer has created a fresh, woody floral. Roucel was inspired by India’s ‘wonder and mystery’ and its ‘profusion of flavors, flowers, fruits, and different woods’, he outlined in a statement.

Boucheron Jaipur Bouquet opens with citrussy top notes, especially grapefruit and citron, and mango leaves, and then follows with jasmine, iris, and rose petals. The bright florals are underlined by basenotes of cashmere wood, sandalwood, and patchouli. 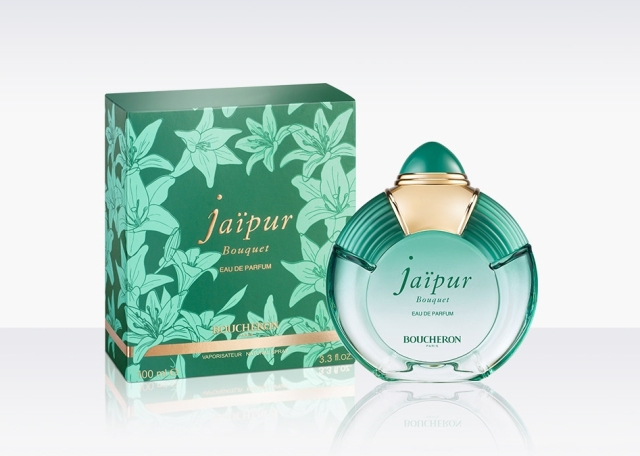 Unsurprisingly, the flacon’s design follows the lines of the Maison’s classic bracelet and the concept of the original fragrance. It resembles a bracelet made of gold and glass in differing textures.

Boucheron Jaipur Bouquet is available as 100ml Eau de Parfum at Boucheron Boutiques and at selected stores worldwide. Come into the beautiful world of Boucheron.