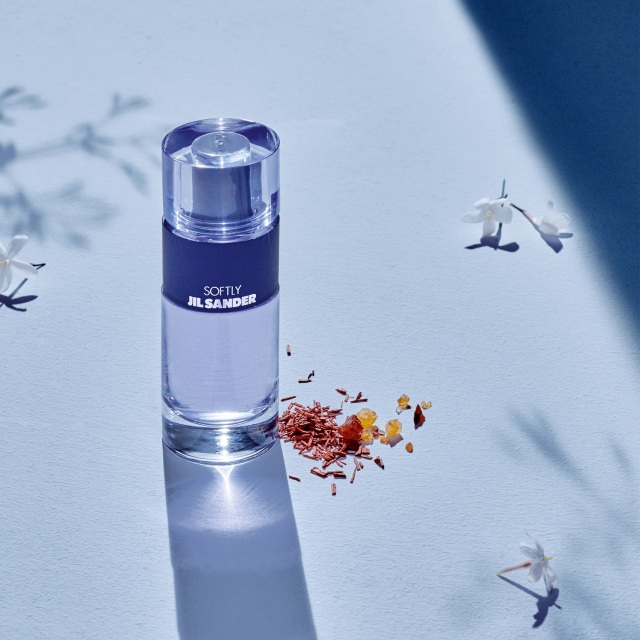 Jiline ‘Jil’ Sander, is a minimalist German fashion desgner, and the founder of the fashion house bearing her name. Sander studied textile design and spent two years in the United States as a foreign exchange studetn before graduating with a degree in textile design in 1963. Fresh out of college, Sander worked at a German women’s magazine for several years before opening her first boutique in Hamburg, at just 24 years of age. The boutique marketed fashions by such designers as Thierry Mugler and Sonia Rykiel, with a few of Jil’s own designs making their way into the store. She created her first collection in 1973, and founded her own fashion house, Jil Sander GmbH, in 1978.

Sander’s fashions emphasized a minimalist aesthetic and precision-cut lines that placed the focus on the luxurious fabrics of the garments. The collections consisted of separates that could be easily mixed, matched and layered. Somewhat out of step (or perhaps ahead of) the over-the-top, exaggerated fashions that dominated the 1980s, Sander nonetheless developed a cult following and fully hit her stride in the 1990s. Her company’s stock went public in 1989 and allowed for the worldwide distribution of her fashions and an expansion into menswear.

Sander retired from the company in 2000, and the brand endured after a few missteps without its original designer at the helm. She made a brief return to the company in 2003, but retired again in 2004. After Raf Simons and Rodolfo Paglialunga, husband-and-wife designers Luke and Lucie Meier are the current Creative Directors of Jil Sander. Ms. Sander herself partnered with Japanese label Uniqlo from 2009 to 2011.

Perfumes were an early offering by the fashion house, with Pure Woman and Pure Man the first scents of this house, both introduced in 1979 (later reintroduced as Scent 79 Woman and Scent 79 Man). And classics as Jil Sander No.3 & No.4, Jil Sander Sun, Jil Sander Background, and Jil Sander Eve.

Today the German fashion house presents the third fragrance of the Softly Jil Sander Collection, which is inspired by wellness rituals and the relaxation of spa centers. The newest composition offers a sense of serenity, calmness and relaxation that brings the body and spirit into balance with the harmony of wood and floral notes.

The composition of Softly Jil Sander Serene in its opening offers the purple moonflower (purple datura flower) which blends with the soothing warmth of benzoin in the heart of the fragrance, accented by spicy nutmeg and feminine jasmine flowers. The powdery-creamy finish warms the lovely blooms with notes of sandalwood, cedar and cashmeran and offers a blissful and relaxing effect enveloping our aura as a soft and caressing cocoon.

Come into the beautiful world of Jil Sander.