For more than 50 years, Jerome Alexander has brought out the beauty in women by teaching them to become their own makeup artists. ‘The Man Behind The Make-Up’ documentary short film chronicles his life, career and how he changed the beauty world forever.

Every woman deserves to feel beautiful.

Jerome Alexander Cosmetics is releasing a documentary short film, ‘The Man Behind The Make-Up’ on August 22, 2020 to honor its charismatic founder, innovative makeup artist & teacher, Jerome Alexander. Jerome is a beauty legend who has continuously changed the beauty industry for over fifty years. Through his work as a celebrity makeup artist, Jerome Alexander instinctively knew how to make women feel beautiful and he sought to empower women across the globe to create their own best look.

This documentary short film portrays Jerome as an iconic figure whose influence had a direct impact on the global beauty industry. He got his start selling handmade ladies wigs in the 1960’s when big hair and waves were the rage. In the 1970’s, Jerome naturally transitioned into the world of beauty and cosmetics, where he further discovered that the average woman lacked the training and specifically the tools to apply makeup.

One of his biggest contributions to the industry was in 1976 when Jerome conceived the revolutionary idea of developing professional cosmetics brushes and applicators for home use. He then integrated these tools into ‘cosmetic kits’ with makeup palettes so women had the makeup and tools necessary to apply their own makeup just like a professional makeup artist.

In the 1980’s and 1990’s, Jerome went on to become a household name with his acclaimed book, ‘Be Your Own Makeup Artist’, and many television appearances as a beauty expert on national TV shows including Johnny Carson, Mike Douglas, Oprah and Regis & Kathie Lee, to name a few. He expanded into DTC advertising and was one of the first beauty experts to sell products through a worldwide network of home shopping shows like HSN and QVC. Often referred to as ‘The Man Behind The Makeup’, Jerome truly believed that every woman can be their own makeup artist and in his own words, “every woman deserves to feel beautiful”.

To watch the documentary short film , visit: themanbehindthemakeup.com, and come into the beautiful world of Jerome Alexander.

Record label executive, photographer, and author, Michael Alago takes readers through this amazing journey that is his life.

‘Who the Fuck is That Guy’? The Fabulous Journey of Michael Alago tells the astonishing story of a gay Puerto Rican kid growing up in a Hasidic Brooklyn neighborhood, who got on the subway one day and began a musical odyssey that helped shape the musical landscape across N.Y.C. and around the world.

A few years later, he became the assistant music director for legendary nightclubs the Ritz and the Red Parrot. At age twenty-four, he began a storied career as an A&R executive at Elektra Records that started with signing Metallica in the summer of 1984, changing the entire landscape of rock ‘n’ roll and heavy metal. Alago continued to work in A&R for both Palm Pictures and Geffen Records. He was thrilled to executive-produce albums by Cyndi Lauper, Public Image Ltd, White Zombie, and Nina Simone.

“Recording with the incomparable Nina was my finest hour”, says Michael, who worked with Simone on her final album, the critically acclaimed ‘A Single Woman’. 2010 saw Alago team up with Cyndi Lauper on her Grammy-nominated album ‘Memphis Blues’, for which he acted as A&R executive.

In the late 1980s, he was diagnosed with HIV, which manifested into full-blown AIDS ten years later. He survived to continue his music career, but in 2005, he left music to pursue his other love: photography. Alago went on to publish three bestselling books: Rough Gods, Brutal Truth, and Beautiful Imperfections with German-based publisher Bruno Gmünder. He has since overcome his longtime addiction to drugs and alcohol.

In his clean and sober life, he has reconnected with his family, continues to be a working photographer as well as record producer, and only through the grace of his 12-Step program is he able to live this big, beautiful life.

In 2017, a documentary directed by Drew Stone and produced by Michael Alex on Alago’s wildly successful career in music was released in theaters and on Netflix, entitled ‘Who the F**k Is That Guy?’ The Fabulous Journey of Michael Alago.

Disco icon Sylvester may best be known for the international hit singles ‘You Make Me Feel (Mighty Real)’, ‘Dance (Disco Heat)’, ‘Do You Wanna Funk’ and ‘Menergy’, but the recording artist’s groundbreaking career also furthered queer visibility in popular culture. Leaving a legacy that continues to influence today’s pop music.

Through the compelling new documentary ‘Love Me Like You Should: The Brave and Bold Sylvester’, produced for Pride 2020 by Amazon Music in collaboration with filmmaker Lauren Tabak and writer/consulting producer Barry Walters. The short documentary details the life and times of Sylvester James Jr., known mononymously as Sylvester.

When I saw Sylvester, my life was altered, my life was changed for the better. As a Black queer gay man, any glimmer of seeing oneself reflected back at them, through our culture, changes lives.

The legacy of a musician who set new precedent for genderqueer, gay and black entertainers has been revisited the new mini-documentary. Sylvester’s story comes to life once more and the true extent of his impact – inside and out of the music industry – is explored.

It is a compilation of archival footage, as well as rare performance clips, charting Sylvester’s rise from Los Angeles choir boy to glam 1970s hit-maker. Starting with his birth in South Central Los Angeles, it charts the course of his move to San Fransisco’s Castro District and later breakthrough as a singer/songwriter.

He crossed over, he was a genderfluid Black man in mainstream music. That hasn’t happened since. There’s been a lot of us who have tried – and I’ve been trying for 30 years – nobody did it like Sylvester.

While the significant influence of black culture on mainstream music extends back at least a century, James was among the first non-binary artists to achieve superstardom. As pointed out in the documentary, he championed gender fluidity years before it would be called that through his unapologetic style and demeanor.

Sylvester was always ahead of us. He did things like talk about being married to a man before gay marriage was a thought. He responded to Joan Rivers saying that he was this drag queen by saying, ‘But I’m not a drag queen, I’m Sylvester.’ He wasn’t saying there’s something wrong with being a drag queen, he was saying that’s not how gender works. It was gender fluidity and nonbinary gender before we were really there.

In addition to interviews, and with his version of ‘God Bless The Child’ on the bacjground, – its is musical treasure! The kind of music he loved more then disco! – the 15-minute doc shows rare archival footage of Sylvester, including performances at The Stud, the historic San Francisco gay bar that recently shuttered. It also depicts how a 1979 show at the San Francisco War Memorial Opera House was a healing, joyous moment for the city in the wake of the assassination of gay politician Harvey Milk.

Sylvester died at the age of 41 on December 16th, 1988 after a long battle of an AIDS-related illness. He had attended the San Francisco Pride parade in a wheelchair shortly before passing on to show solidarity even in his final years. His legacy, however, continues to live on…..

Amazon has also curated a playlist called Pride History on which ‘You Make Me Feel (Mighty Real)’ is an entry.

Want to read the whole story of Sylvester? Use the ‘Sylvester’ tag….

Men. Do you prefer blonds, or guys with dark hair. Or is it the color of his skin? Do you like him smooth or hairy? With a lot of muscles and a sixpack?  Beauty ideals, even for men, are constantly evolving: A 2010 study found that between white, black, and mixed-race faces, millennials considered mixed-race  people to be the most attractive. A 2014 study found that women found men with femininne feature more attractive than those with traditionally masculine features. Women in urban areas tended to prefer masculine subjects while women in rural areas did not, which challenges a common anthropological theory that attraction towards masculine-looking men is evolutionary. Though it’s imperative that we recognize that the growing conversation about men’s standards of beauty and their negative personal effects is critical, the recent boom of objectification of men in mass media, as this video (below) has dissected, does not directly equate to the continued objectification of women. Find out here the Men’s Standards of Beauty around th world.

What do you think makes a man beautiful?

Make sure to read the full article, with more in-depth research and analysis, on BuzzFeed – http://www.buzzfeed.com/eugeneyang/me…

In 1954, Monsieur Christian Dior attended a Dior fashion show at Harrod’s and even inaugurated Harrod’s Fashion Theatre. From March 16th to April 14th, Harrod’s pays tribute to the late legendary fashion designer. Not only will the Dior flags be flying at the renowned British luxury department store its windows, too, will be all decked up in all things Dior. As a homage to Britain’s cultural icons, the Dior windows will feature Royal Mail Post Boxes with a series of exclusive Limited Edition Dior products (that are also on sale at the Dior Pop-Up store in Harrod’s), telephone boxes implying a cut-out of Dior’s ‘New Look’ silhouette that Christian Dior invented in 1947, and even Royal Beefeaters teamed with ready-to-wear designs by Dior’s Creative Director, Raf Simons.

To celebrate 60 years of the arrival of Dior in London, the store organized a special exhibition that captures the essence of Christian Dior in the last six decades.

The fourth floor of Harrod’s has been transformed into the magical world of the French Maison. The moment you step into the venue, you’d find yourself on 30 Avenue Montaigne, also known as a Dior Headquarters where it all began. Take a stroll through Dior Wonderland into several rooms featuring 9 dazzling milestones in Dior’s history including Monsieur Dior’s sketches, a theatrical composition of 40 mini-Stockman mannequins that showcases the iconic looks of the Maison, the J’adore fragrance and even the Lady Dior handbag by different artists. Once you’re done with all that, head on over to Café Dior for the must-haves: the lobster club sandwich and Dior cupcakes.

Here are the Limited Edition items available exclusively at the Dior at Harrod’s Pop-Up store: 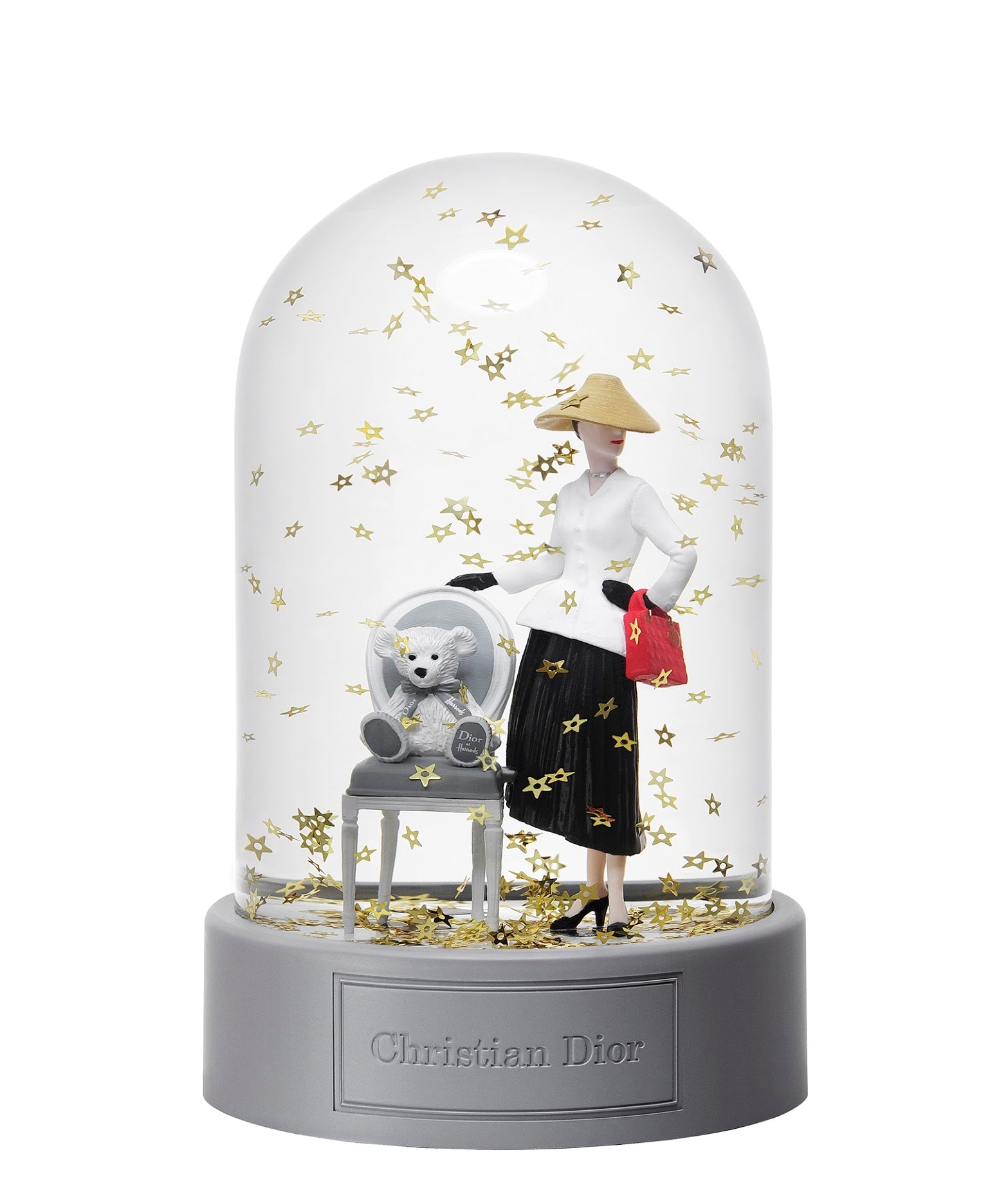 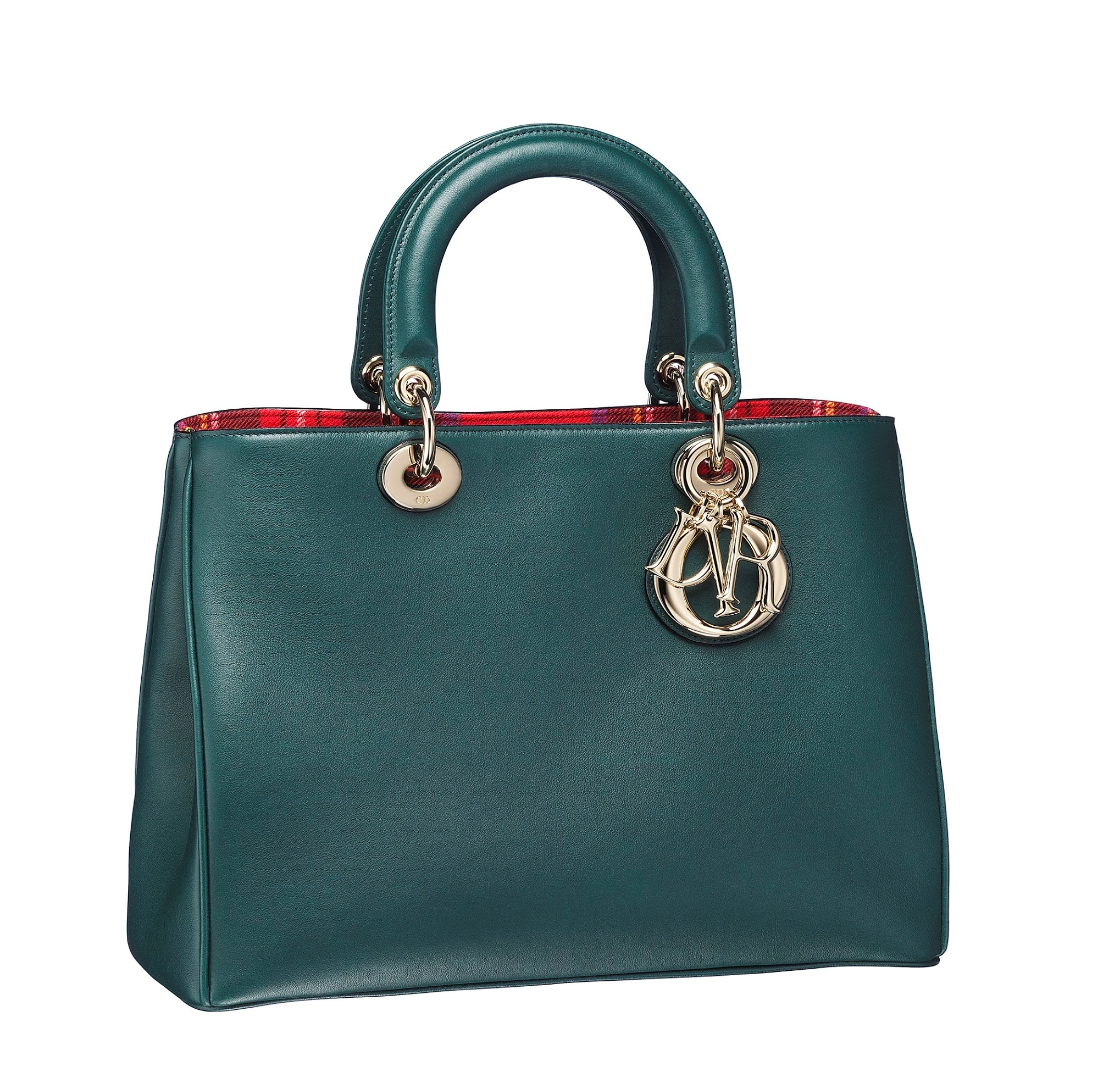 The Diorissimo in Vert Anglais calfskin with a tartan-printed interior 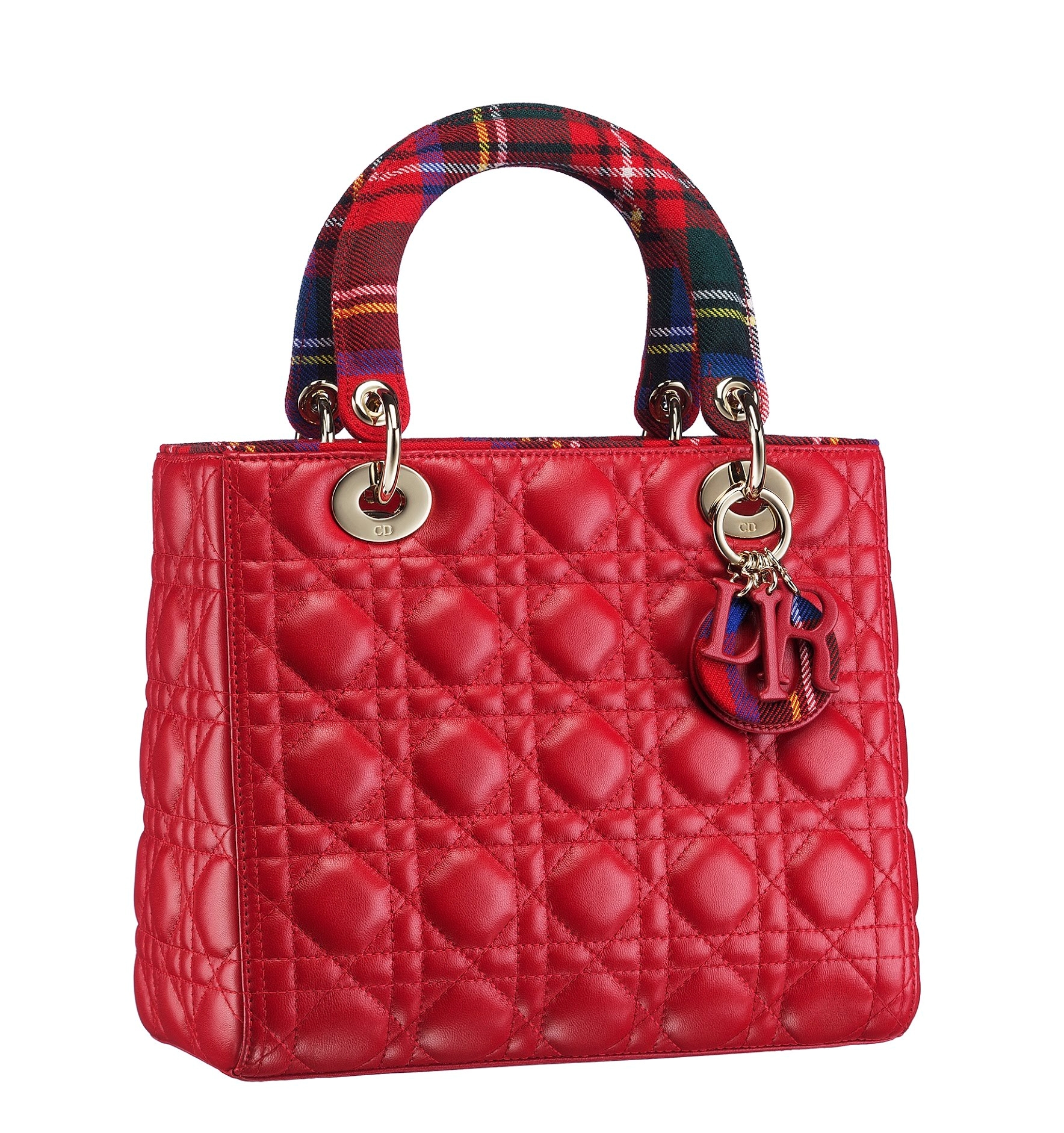 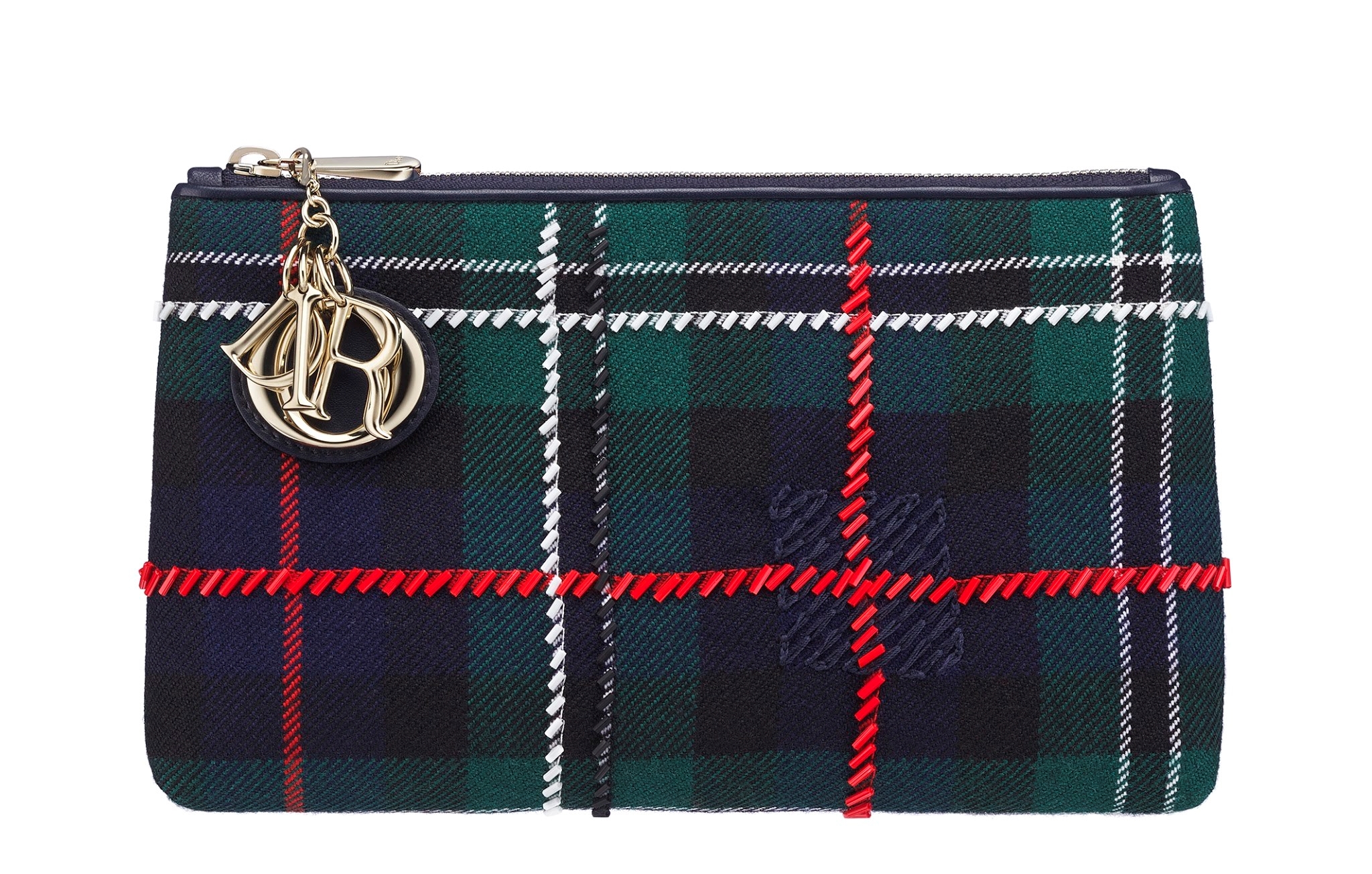 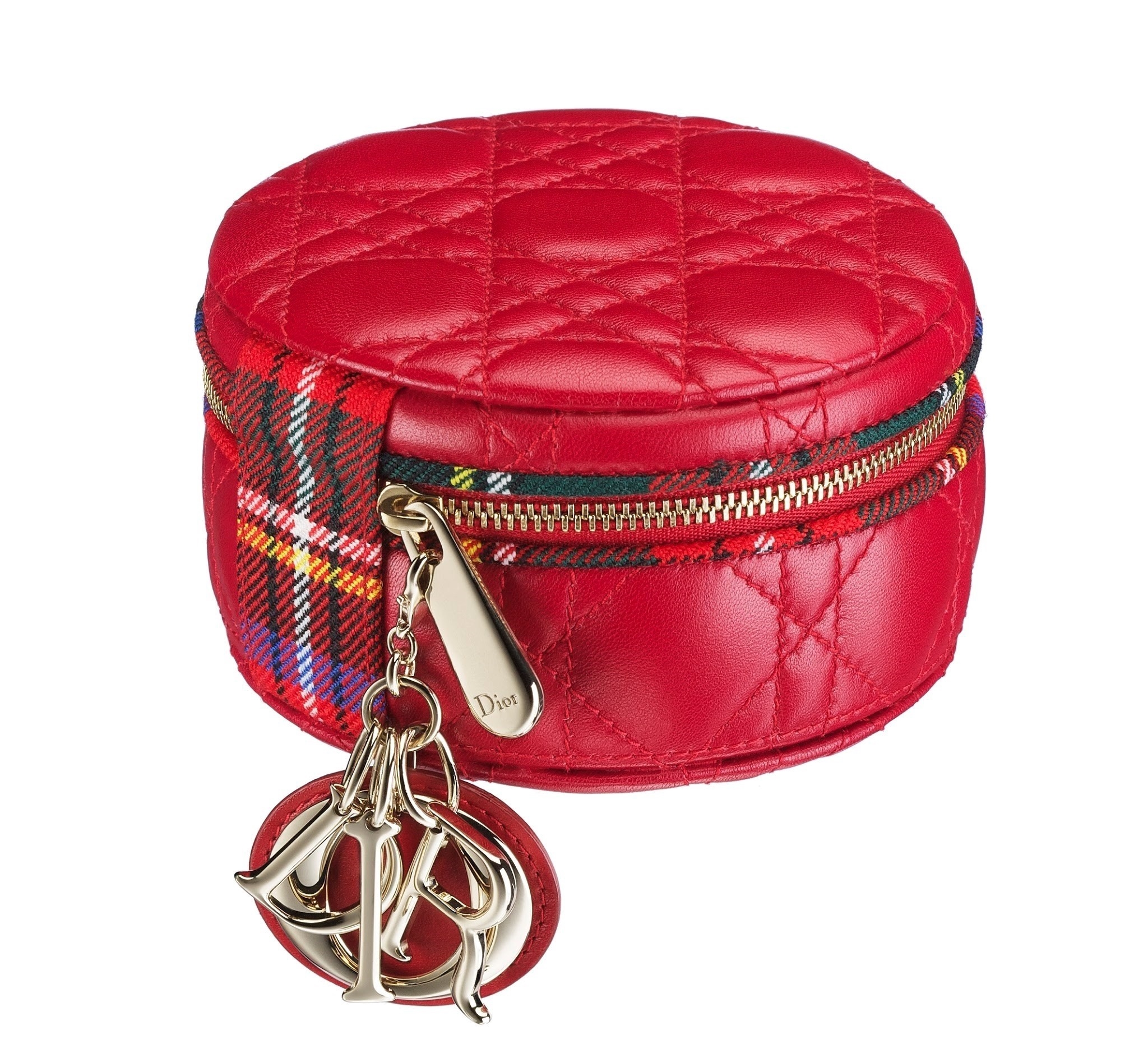 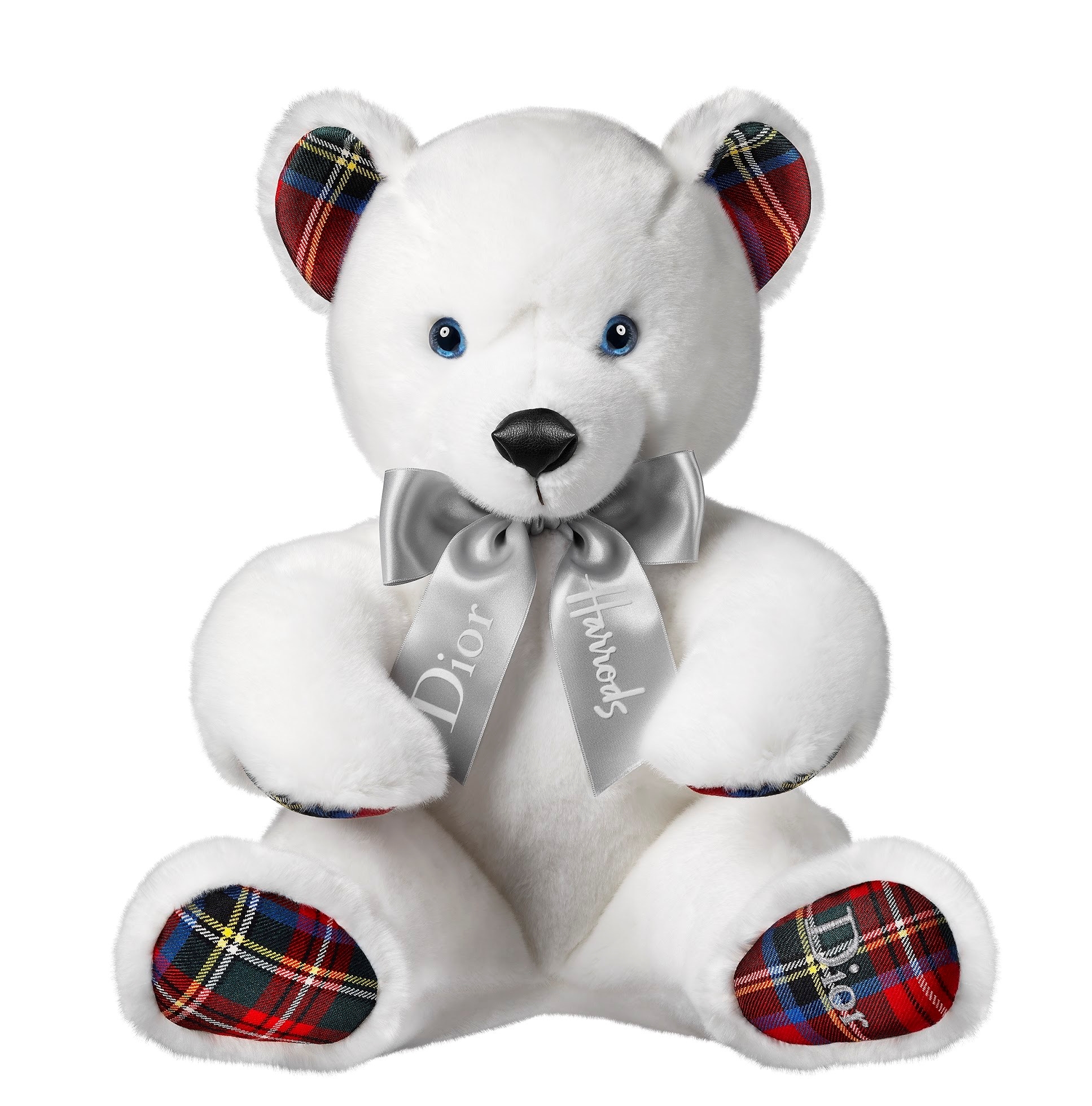 The Dior at Harrods Teddy Bear

Marigay McKee, chief merchant of Harrod’s on the collaboration: “We are thrilled to be partnering with Dior, one of our most successful global luxury brands, on such an exciting venture. Highlights of this excluisve initiative include a unique exhibition that takes you on a fascinating journey, unveiling intricate details of Dior’s rich heritage and a unique café concept offering a special menu created exclusively for this event. Our store’s famous façade will be transformed with show-stopping window displays across the whole length of the Brompton Road, inspired by Dior’s personal interpretation of London”.