Only users of Crème de La Mer, will understand the magic in a pot of face cream. A regular jog of the cult face cream, will set you back £105 ($168). But there’s always something a little more exclusive for those who can afford it, isn’t it? Well, the makers of the magic cream launched this precious offering retailing at a astounding £12,500 ($20,000). Yes, for just a pot of cream, no face-lift on purchase.

But what makes it so expensive? Well, ‘sadly’ just its packaging! This special Crème de La Mer was designed by Maison Boucheron, the famous fine French jeweler. Keeping with Crème de La Mer oceanic theme, Boucheron chose mother-of-pearl for the precious case, going on to embellish the jar with their Clous de Paris motif (think about there famous rings!) in gold and a clear sea blue saffir cabochon. For a cream that was created by an aerospace physicist, the cream has a fan following including celebrities like Sienna Miller, Yasmin Le Bon, Kate Moss, Johnny Depp, Angelina Jolie and Jennifer Lopez. And what’s $20,000, if you could look like a star? 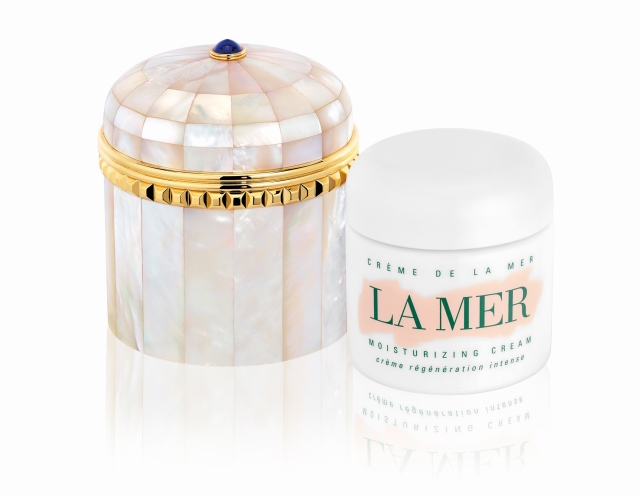 Designed to house the original, coveted Crème de La Mer Moisturizing Cream, this striking jar is a limited edition with only ten numbered pieces in the world. But maybe, maybe there is still one availble for you…..

Eight Hour Cream is Elizabeth Arden’s holy grail for many decades! It turns out that this cult favourite is actually the real deal. All year long, but perfect for cold winter days. As a face cream, or for any dry spot on your body. The cream absorbs into your skin almost instantly and goes to work for the entire day. Now, Elizabeth Arden has the cream in a fragrance-free formula so that everyone can use it. 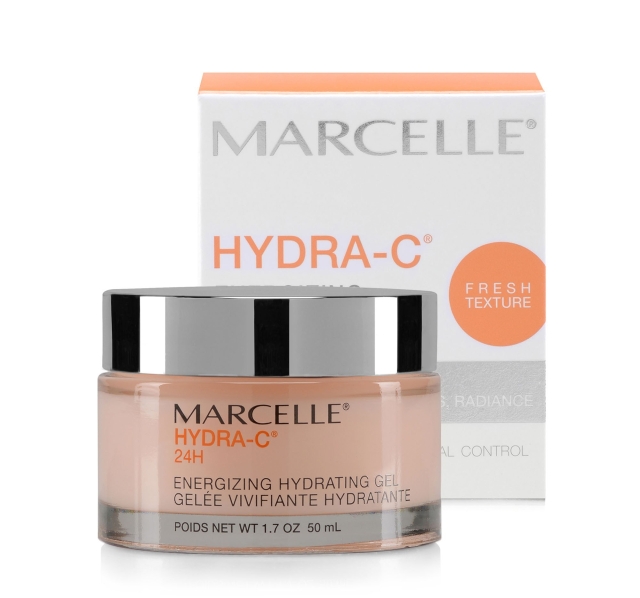 Visiting great places, meeting wonderful people. And looking for ‘new’ products. I love to travel.  …..or to have friends who travel. I hadn’t heard from Marcelle before. so when I got the Marcelle Hydra-C Hydrating Gel from a friend, who took it for me from her trip to Canada, it was a pleasant surprise.

The gel smells pleasantly citrusy and is super light and refreshing on the skin. Usually, that means that the moisturizing qualities of the product are somewhat diminished in favour of quick absorption, but the Hydra-C Hydrating Gel keeps even my ridiculously dry – dehydrated – skin, hydrated all day without greasiness. It absorbs extremely quickly and doesn’t leave skin with that creamy, just hydrated feel so it’s really excellent to wear under makeup.

It doesn’t contain any alcohol to help create that cooling sensation. What it does have is antioxidant green tea, vitamin C and vitamin E, as well as hyalurionic acid to combat dryness and prevent moisture loss. Provitamin B5 also hydrates and relieves itchiness.

An amazing product for the warmer months and even coming into the fall season when the heavier creams that are better for winter chapped skin are still too heavy for everyday use – for many people. You may use it as a Day Cream or Night Cream, or both.

Overall, a fabulous product. It rates high up on my list of great moisturizers and is just as hydrating as the Dior Hydra Life line which is literally three times the price of this amazing drugstore find. Thanx Greg, to introduce this moisturizer to me.