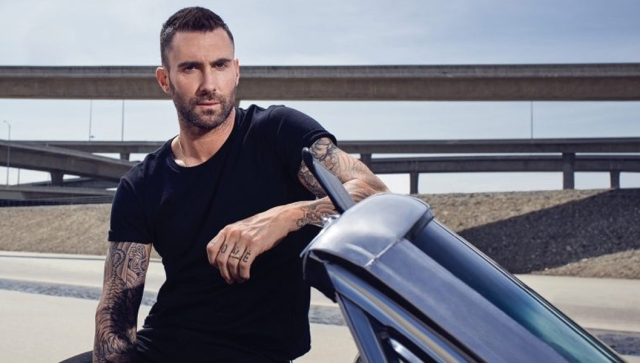 French Maison’s Yves Saint Laurent Y fragrance for men is the story of a man, but of a men generation: creative and doers they dare to follow their passions and intuitions; to ask themselves the right questions & create their own path to self-accomplishment.

Created by legendary perfumer Dominique Ropion, the scent inspired by two staples of the masculine wardrobe for Y. A white & dark masculine fougere, Y is the scent of freedom to dream, dare & live to be accomplished. Fougeres are among the most prevalent families in masculine fragrance. A touch green, a touch woody and topped with a soft balsamic sweetness, Y offers a bold new take on the traditional fougere.

The flacon is sharp and minimalist in its construction but keeps a strong creative signature with the surprising Y notch on the back. The eau de toilette represents the dual personality of those men: clear & bright on the top notes while strong & sensual on the heart & base notes.

Adam Levine is fronting Yves Saint Laurent’s Y fragrance campaign and now he is the official international ambassador for the cologne.

French fashion house Yves Saint Laurent has always had a skill for choosing the coolest faces to star in its campaigns. Most recently, supermodel off-spring Kaia Gerber was announced as the brand’s new ambassador,  following in the footsteps of Kate Moss, Cara Delevingne and Betty Catroux.

On the beauty front, YSL Beauty appointed musician Staz Lindes as its ambassador last year, to introduce Yves Saint Laurent’s newest launch, Tint in Balm, to the world with a new cool-girl campaign.

Now, the French Maison has tapped another artist to front its latest men’s fragrance, titled Y. Even though the fragrance won’t be launched until August, we’ve got a sneak peek at the campaign.

As a musician, I relate to the raw passion and strong sense of individuality of YSL; and being a part of the story of Y is exciting to me — it is not the story of one man, but of a whole creative generation.

Overnight, the fashion house revealed that Adam Levine is the global ambassador of the upcoming Y Eau de Parfum. The new scent is the newest edition of the original Y Eau de Toilette which infused notes of bergamot, sage, ginger, cedarwood and balsam fir. Although that campaign was also dominated by the Maroon 5 frontman, Levine only served as the face of the U.S digital campaign whereas now, it’ll be on a global scale.

The announcement comes ahead of two other big milestones for Levine. He and wife Behati Prinsloo are expecting their second child, and Maroon 5 plans to release their first album in three years, Red Pill Blues, in November.