Love is ours. Together, we are unstoppable. The classic Idôle smell you love adorned in a beautiful limited edition flacon.

To celebrate Valentine’s Day, Lancôme launches a limited edition flacon of its latest pillar fragrance of the French Maison, Idôle, that won over its audience with the new concept of a tiny flacon and a modern composition that gathers musky, floral, and chypre accords.

A lot is said about the Idôle flacon. The flacon, designed by architect and industrial designer Chafik Gasmi, is the fitting tribute to the industry’s technical advances and innovations. The Idôle flacon being arguably one of the slimmest in the world at just 15mm thick. The same flacon is now decorated with shiny rose gold letters sharing the important message of love, encouragement, communion, and determination to the future goals in front of all of us.

Three women perfumers from three continents – Adriana Medina-Beaz, Nadege le Garlantezec and Shyamala Maisondue – have joined forces to create this unique fragrance of rose, jasmine, and chypre. Together, they created a universal fragrance. Idôle Limited Edition repeats the same formula of the original edition from 2019. The fragrance is described as clean and luminous, with ingredients from a sustainable sector.

Championing the power of love, Lancôme’s Idôle Eau de Parfum inspires you to be just that – your own idol. Marrying fresh top notes of pear and bergamot with the sensual and feminine rose that sits at the heart of the fragrance, the scent is at once romantic and full of life. Petals are blended with musk for a sophisticated chypre accord that envelops the skin in a lingering blanket of confidence.

Lancôme Idôle Edition Limitée is available in a limited number as 50ml Eau de Parfum at selected stores worldwide. Come into the beautiful world of Lancôme. 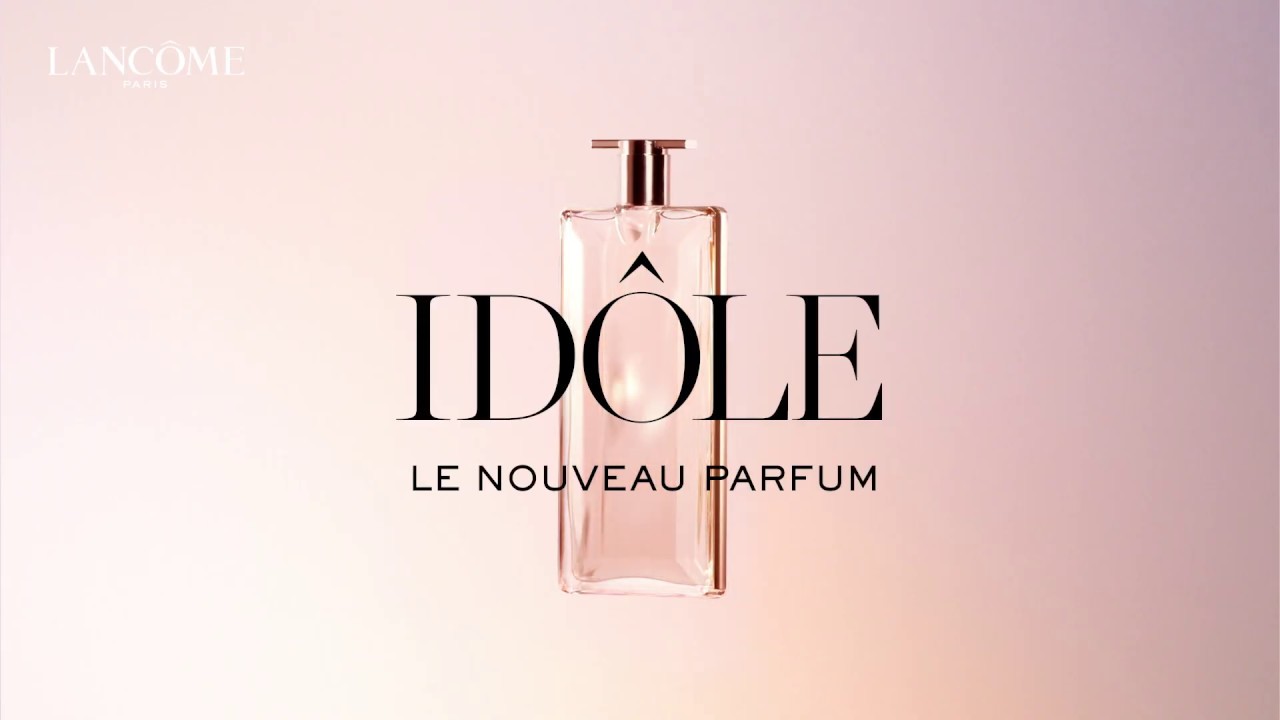 Lancôme orginated as a perfume compagny, launching five fragrances – Bocages, Conquete, Kypre, Tendre Nuit, and Tropiques – in time for the 1935 World’s Fair in Brussels, Belgium. The company later expanded its offerings to include cosmetics and skincare products. Lancôme joined the L’Oréal family in 1964, after which many of their classic and best loved fragrances were created, including Climat (1967), Ô de Lancome (1969), Sikkim (1971), Magie Noire (1978),  Trésor (1990), Poême (1995), Miracle (2000), and La Vie est Belle (2012). 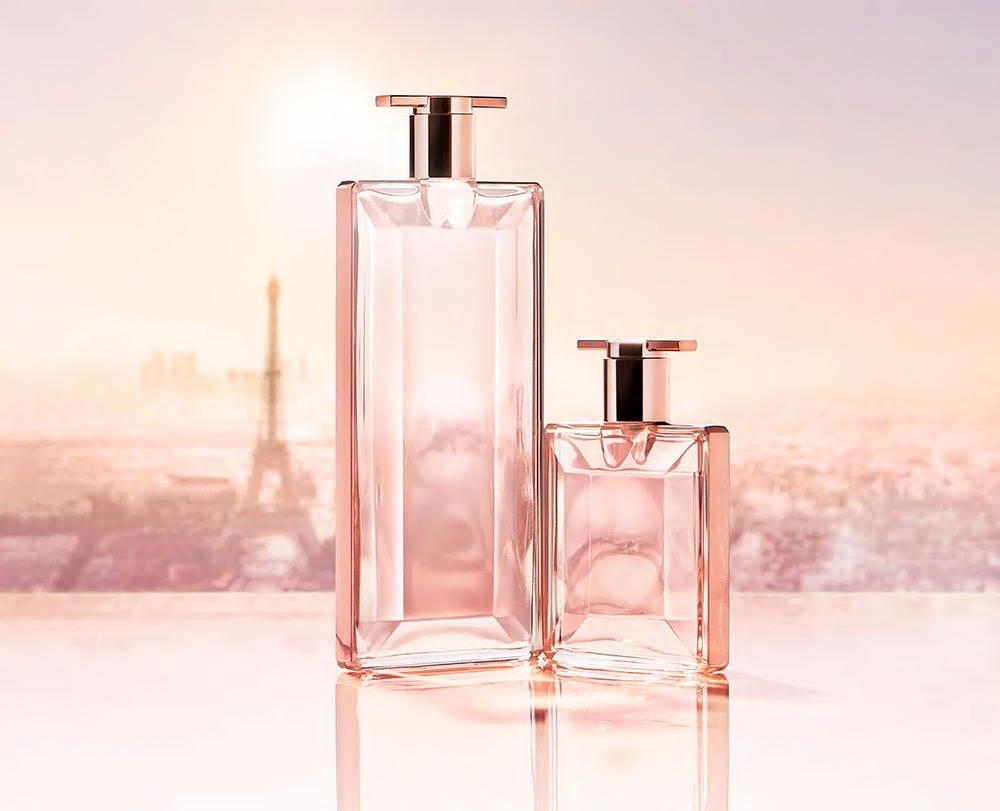 A new pillar fragrance from Lancôme always constitutes hot news. Besides the endless flankers of Trésor, Miracle and La Vie est Belle, and the more exclusive line Grand Crus, the brand rarely launches a brand new concept. So, rejoice, all Lancôme fans, for there is a new streak of creativity waiting for you to be discovered. You just have to wait until August 22.

Idôle is a name that was previously used by Lancôme in their makeup line, but also we have seen the same name in a perfume by sister company Armani (2009), not to mention Lubin’s Idole (2005). I don’t like new perfumes who has stolen somebody elses name. Isn’t it ridiculous how Idôle d’Armani flawlessly disappeared and reincarnated in Idôle de Lancôme thanks to L’Oréal marketing machine. It can be compared only with LVMH’s acquiring of Jean Patou with following launch of Joy by Dior like the legendary Joy from Jean Patou never existed. And recent news, it’s turned into Patou now with a new logo, all the history forgotten and ‘brand new start’ for the Maison. No more legacy and more respect, just juggling with names and brands with some hype added.

The flacon even has a case designed like a smartphone case! Is Lancôme trying to compete with Paco Rabanne now ? And that image with the text behind the bottle is so very Chanel L’Eau. Let’s see if this Idol defeats all other Idols. We just have to wait a little more than a month to smell it and see what it brings to the game.

Idôle is a modern musky, floral chypre fragrance, created by three female perfumers: Adriana Medina, Nadège Le Garlantezec, and Shyamala Maisondieu. A sustainably sourced Isparta Rose Petal Essence from Turkey exclusively made for Lancôme, along with a Centifolia Rose grown in France, shine among notes of bergamot, accords of pear, India Jasmine Grandiflorum, and a new ‘clean and glow’ accord.

As part of L’Oréal’s (who own Lancôme) socially productive purchasing program ‘Solidarity Sourcing’, which supports social inclusion and maintains sustainable, Fairtrade and eco-friendly supply chains. The rose petals, for instance, are harvested by a family-based cooperative with Fairtrade working conditions that helps women employees to be recognised for their contributions. But for such a ‘revolutionary’ perfume, I wish they had used some more unique notes.

Lancôme Idôle, embodied by the new face of the brand, American actress, singer, and fashion authority Zendaya Coleman. Zendaya Coleman has been fighting for women’s rights, WOC inclusion, non-gender-stereotyping and media bullying since 2013, when she ripped apart the role Disney prescribed to her for K.C. Undercover. She insisted her character was socially awkward, smart and skilled in martial arts, instead of miraculously gifted in singing and dancing. She demanded to be a producer and changed the show’s name (from Super Awesome Katy – cringe). 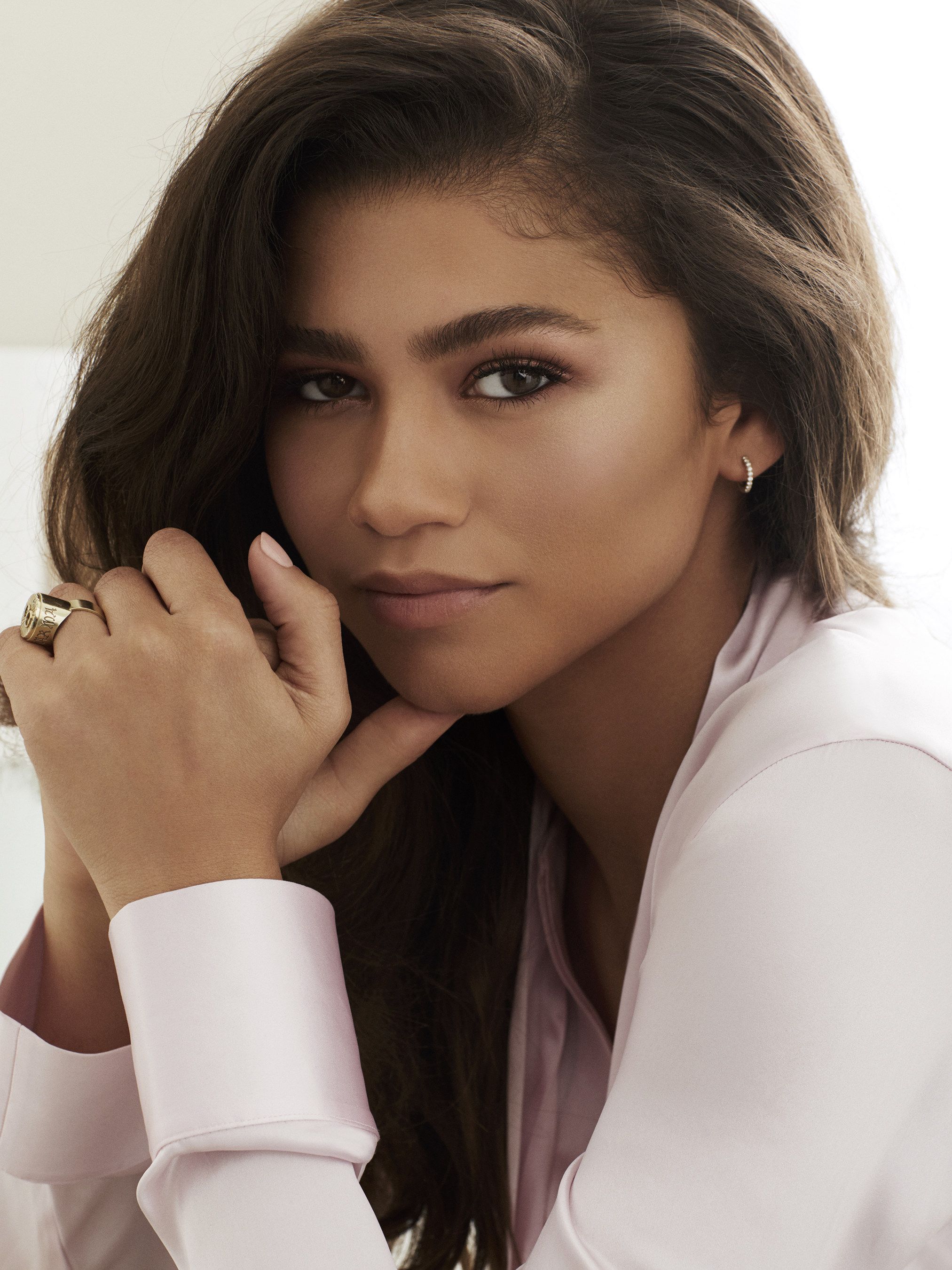 I am thrilled to be the face of this new Lancôme fragrance. Idôle is a perfume that has meaning. I like the fact that it’s fresh and light. I am very particular about perfumes, and Idôle smells absolutely beautiful and I love it.

Since then, she’s been a professional boundary-pusher: on style (hello, Met Gala cyber Cinderella), on stage (her speeches remind young people of their responsibility and power), on social (she’s openly shamed publications that digitally slim down and manipulate her body) and on screen (the majority of her stunts in The Greatest Showman were her own). All this at just 22.

With this scent, Lancôme is another brand that joins the strange trend of making political and feminist statements with just a perfume. Françoise Lehmann, Lancôme Global Brand President, said, “We are excited to be able to create a fragrance for a new generation of women questioning the status quo, breaking free from tradition and re-defining the meaning of success. Collective and beneficial for all women, this new confidence is inciting them to raise the bar a little higher every time. Idôle is a strategic launch for Lancôme and we are delighted to present it with Zendaya to the world”.

The Idôle flacon, designed by Algerian architect and industrial designer Chafik Gasmi, is the fitting tribute to the industry’s technical advances and innovations. The Idôle flacon being arguably one of the slimmest in the world at just 15mm thick. is made to lay down flat, not stand up. I bet Lancôme decided that a perfume designed to attract millennials should look like a touchscreen.

I am personally extremely curious about the bottle design and will definitely run to the perfume store to look at it as soon as it arrivés. I already can sense the flankers to come: Idôle Fleurs, Idôle Tendre, Idôle Fraiche, Idôle l’Eau…. 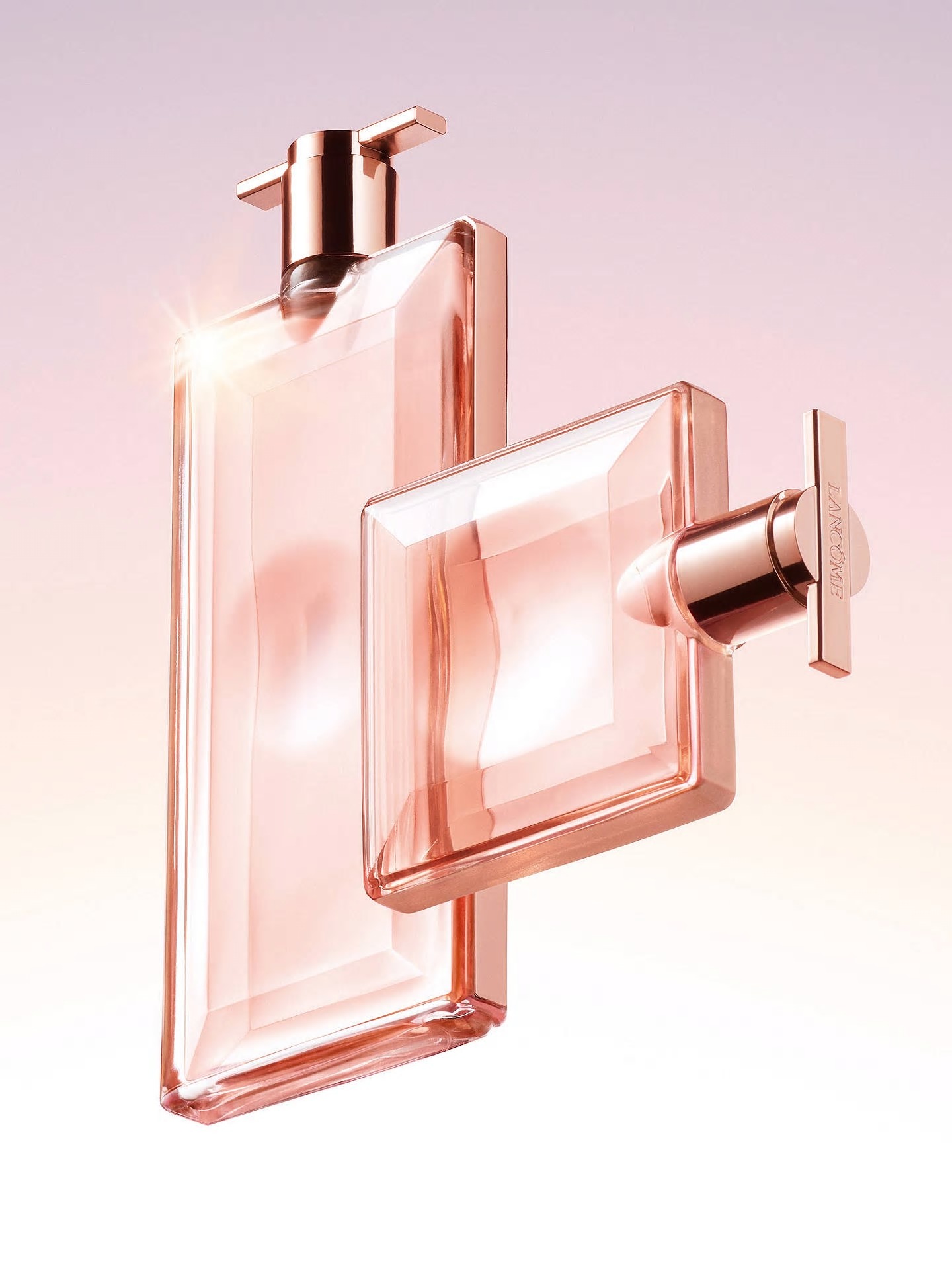 Lancôme Idôle will be available as 25 ml, 50 ml, and 75 ml Eau de Parfum. Like ‘the old days’ Idôle will be accompanied by a perfume fountain – ‘La Recharge’ – to refil the flacons.

Lancôme Idôle will be out in stores starting from August 22nd, 2019. Come into the beautiful world of Lancôme. 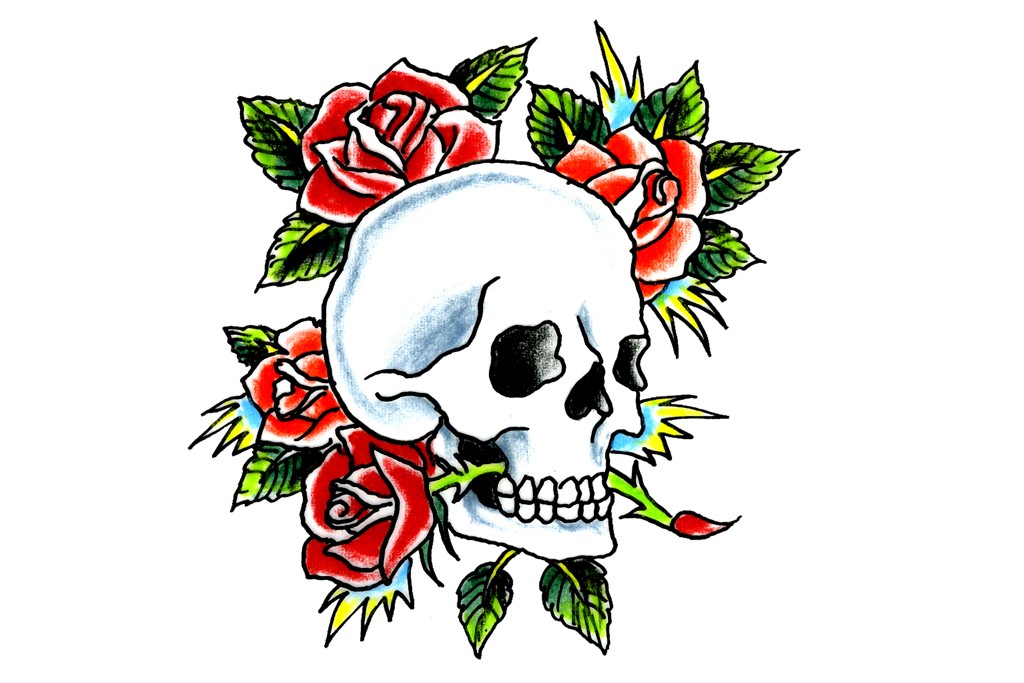 French fashion designer Christian Audigier is best known for its Ed Hardy brand, one of the most eccentric fashion houses in the world, that features the work of pioneering tattoo artist Don Ed Hardy.

Sweet strawberries splashed with pink grapefruit, mingle with honeysuckle, magnolia, and daisy. Meanwhile, violet leaves are intricately woven in with mystery and intrigue. Caramel and vanilla leave their delicious mark as white musk trails off in the distance.

The fragrance comes in a white 3D skull bottle with a red rose held between the teeth.

An extraordinary encounter of fresh bergamot, spicy cardamom and hints of violet combine with a masculine floralcy of lavandin and geranium spiked with ozonic elements. Also dashed with sandalwood and moss to create a modern twist as musks leave a lasting impression.

The fragrance comes in a black 3D skull bottle with a red rose held between the teeth.