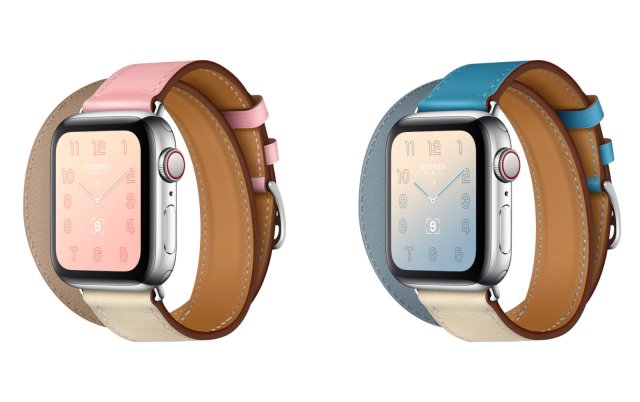 Apple Watch and French Maison Hermès introduces pastel colours adorn the face and leather bands of Apple Watch Hermès Series 4. A three-coloured face and leather bands from the Apple Watch Hermès Series 4 adopt two new combinations of colours for Spring 2019: the rose sakura joins the colours craie and argile, and the bleu lin joins the colours craie and bleu du Nord. The watch face is revisited to match with the colours of the band, and showcases the colour of time in a unique new gradient style: as the minute hand moves forward, the colour of the screen shifts along a gradient, allowing the wearer to tell the time at a glance. The new watch faces will be available with the new watchOS 5.2 coming next week as a free software update.

The new Apple Watch Hermès bands are available in single ($339) or double ($489) Tour bracelets for the 40mm and 44mm models, and you can purchase your favorite colorways on Apple’s website now. The bands are also available at select Hermès boutiques and Apple stores worldwide.

Come into the beautiful world of Hermès and Apple. 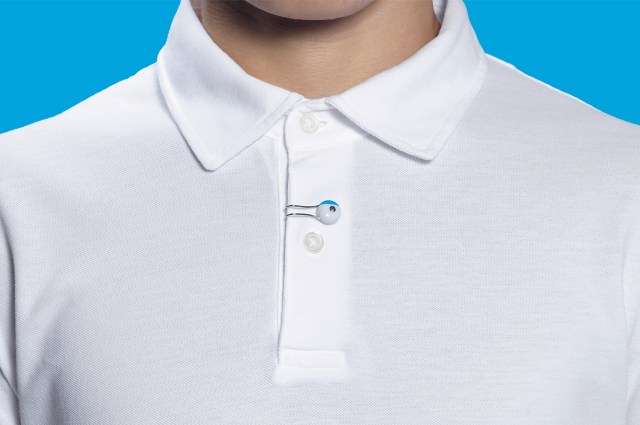 Better looking skin starts with healthy habits, and that’s why La Roche-Posay continues its commitment to skin and sun-safety research and innovation.

Consider that more people are diagnosed with skin cancer each year than all other cancers combined.

Back in 2016, the L’Oréal-owned brand introduced the first ever stretchable skin sensor to monitor UV exposure, My UV Patch. At the time, subsequent consumer studies showed a significant increase in sun-safe behaviors of those who used the patch (34% applying sunscreen more often, and 37% seeking shade more frequently).

Today, La Roche-Posay goes one step further and introduces My Skin Track UV, which is the first battery-free wearable electronic device to measure UV exposure! The innovative button-sized gadget is equipped with a super-precise sensor that measures individual UV levels. The connectable device is paired with a companion app (available only for iOS devices) that tracks the wearer’s exposure to known environmental hazards, such as pollution, pollen, and humidity, offering personalized tips and skincare recommendations regarding the health and safety of their skin! The app also calculates your max sun-stock, which is your own, personalized, maximum daily allowance of UV exposure, based on your skin tone and the UV index!

My Skin Track UV is designed to seamlessly integrate into daily lives and routines of its wearers, measuring both UVA and UVB exposure. The sensor is activated by the sun, and programmed to share information with the user’s smartphone via NFC. The app integrates with Apple HealthKit and provides instant status updates while storing up to three months of data.

Watch the video from La Roche-Posay

The waterproof sensor is 12mm wide and 6mm high, and has a wire clip that can be used to attach it to clothing and accessories. The My Skin Track UV is available exclusively at select Apple Stores and apple.com, and retails for $59.95.

Apple has announced the Apple Watch Hermès as the culmination of a partnership based on parallel thinking, singular vision, and mutual regard. Those are the proclamations of the Cupertino-based technology company as it looks to get a bigger piece of the luxury pie.

Announced at the Apple event in San Francisco on Wednesday, the collaboration with the French label, famous for its leather handbags, silk scarves and perfumes, is its first collaboration with a fashion house. With elegance and artful simplicity featuring leather straps handmade by Hermès artisans in France and an Hermès watch face reireinterpreted by Apple designers in California, Apple Watch Hermès promises to be the ultimate tool for modern life. A new classic is born. 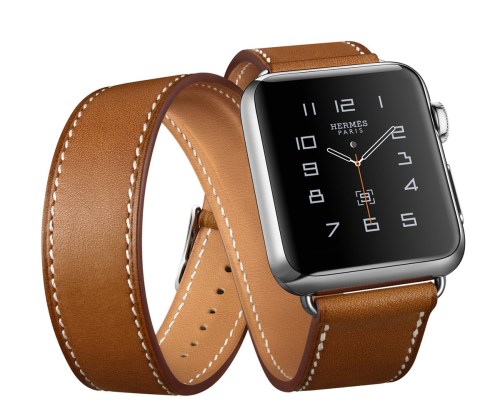 Single Tour: The classic Hermès design. The buckle recalls those on the straps of a horse’s girth, a nod to the equestrian heritage of Hermès.

Available in 38mm and 42mm stainless steel cases with Hermès leather bands in Fauve and Noir. The 38mm case is also available with a Capucine leather band.

Cuff: Inspired by equestrian fixtures, the finely worked modern Cuff in Hermès’ signature leather is adapted to allow the heart rate sensor to stay in contact with the wrist.

Available in a 42mm stainless steel case with an Hermès leather band in Fauve. 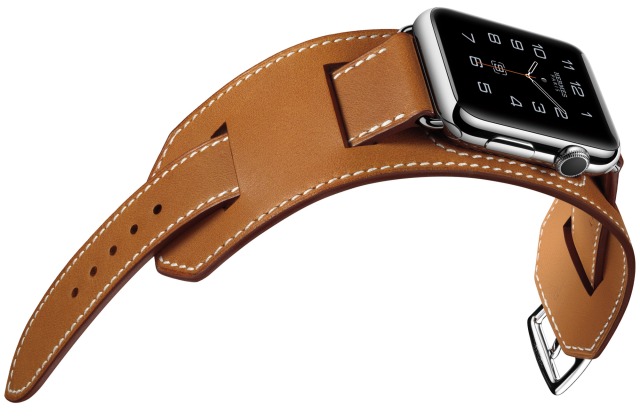 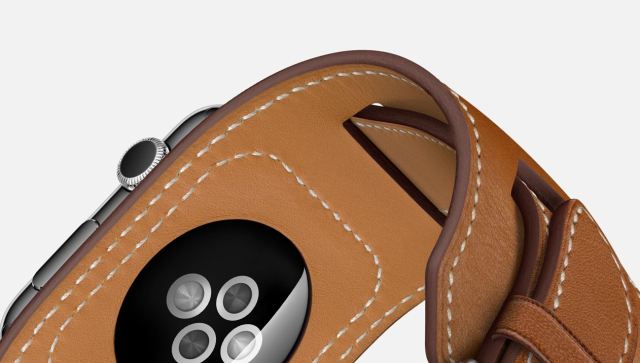 Apple Watch Hermès will hit the stores in October.