Atkinsons, was founded in 1799, and now based in Italy. James Atkinsons opend his first soap and perfume shop in London. In 1828 he became the personal perfumer of the British royal family. Californian Poppy was created by J&E Atkinsons Ltd. in 1906 and it was re-orchestrated and re-launched in 1995. Now this year there is (again) a re-launch and a new package.

Created by Fabrice Pellegrin, the light composition of Jasmin, Poppy, Orange blossom, Lemon, Incence and Cedarwood can be spread generously at the body. Over the day, Californian Poppy evokes discreetly with its field flower, wood notes, impression of sunny wild natura.

The new Atkinsons Californian Poppy Eau de Toilette is a good choice for starting the day after the home spa morning routine! The scent’s character can be described as full of optimism and zest for life.

A gorgeously free-spirited floral, Californian Poppy is a wild child fragrance. As enticing and carefree as Mia Farrow in her Maharishi days, with all the glamour of socialite Talitha Getty and the fierce, young Angelica Huston. Beauties of modern Eden, they were the gilded jet-set, strong yet touchingly fragile. Californian Poppy is imbued with their innocence, brilliance and style, as poignant and tantalizing as the scent itself. 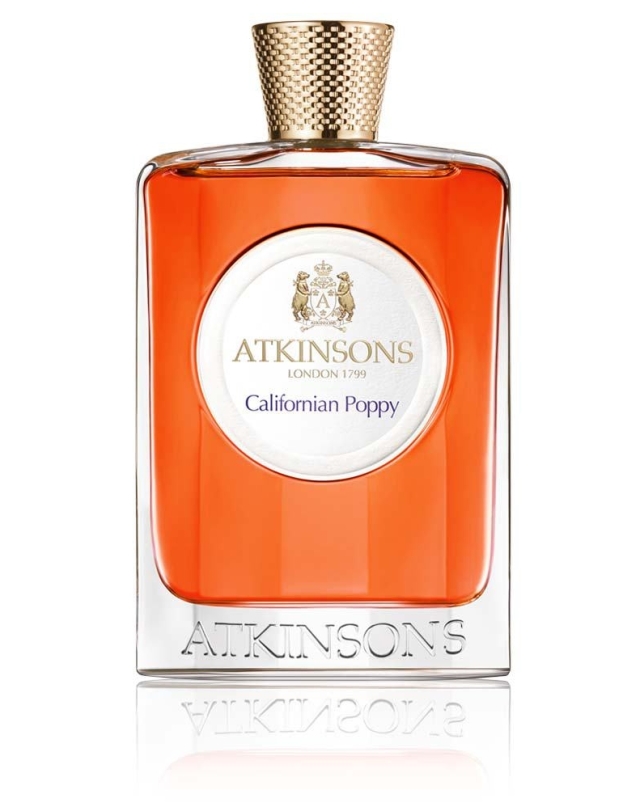