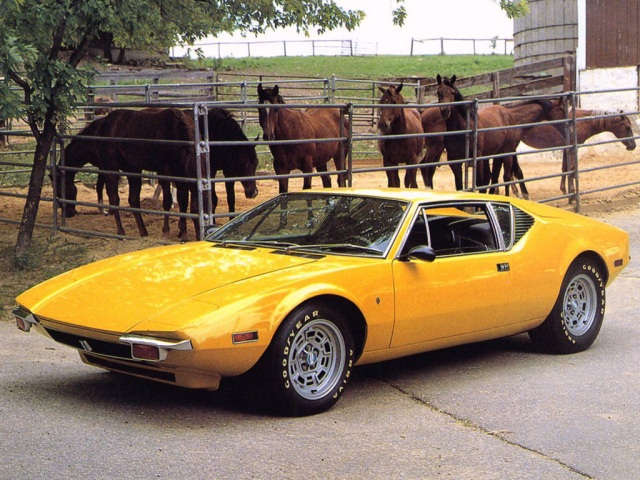 Italy has had more than its fair share of ‘old’ auto marques revived in recent years. Bugatti restarted in Modena before returning across the border to Molsheim, Fiat brought back the Abarth marque not long ago, Carrozzeria Touring got back into the business after decades lying dormant, Zagato revived the Diatto name for a small run of sportscars, and the students at the IED in Turin plucked the Cisitalia name out of the dustbin of history for a concept car last year. But two of the most recent Italian auto marques to resurface are ATS and De Tomaso.

ATS (Automobili Turismo e Sport) went back into business last year on the occasion of the original marque’s 50th anniversary with new models including the Sport 1000, 2500 GT and 300 Leggera. The brand was originally launched in 1963 by a legion of disgruntled former Ferrari employees like Giotto Bizzarrini and Carlo Chiti, but shut down a few short years later. Now revived after nearly half a century in remission, ATS seems to be moving forward nicely… which is more than we could say for De Tomaso.

Founded by Alejandro de Tomaso in 1959, the company behind the Mangusta, Pantera, Longchamp, Deauville, Guara and other beautiful creations, eventually petered out a decade ago, only to be revived by former Fiat executive Gian Mario Rossignolo in 2009. The resurgent De Tomaso showcased the Deauville concept at the 2011 Geneva Motor Show and began development on a new Pantera, but ended up back in bankruptcy last year amidst allegations of misappropriations of government subsidies. Rossignolo was taken into custody over allegations that he – along with two others – misused €7.5 ($9.1 / £5.9) million worth of government funds, and the company was put up for sale in 2012.

Speculation ensued over who might buy De Tomaso, but now we have our answer. ATS has purchased the rights to the De Tomaso brand and is preparing to relaunch it with a new lineup. Although specific details of their cooperation will only be revealed later this month, ATS tells us that some future De Tomaso products could share platforms and other technologies with ATS models. First on the list is obviously a new Pantera, which could ride on a ATS 2500 GT platform, but specific details will be revealed later this month.

The two marques were among the very first carmakers to put a mid-engined sportscar into production, with the original ATS 2500 GT and the De Tomaso Vallelunga reaching the market in quick succession in 1963, after (what would become) the Matra Djet and years before the Lamborghini Miura would hit the streets. Now back in the game and bound together, we’re looking forward to seeing what ATS and De Tomaso have up their sleeves.