An untamed, penetrating and lingering freshness that appeals to the liberated man, Blue de Chanel as become the olfactory banner for male anti-conformism. A scent that draws its freshness from the Mediterranean; from the fields of citrus fruits and the leaves of aromatic herbs to the roots of vetiver, the vibrancy of cedar and the creaminess of sandalwood. 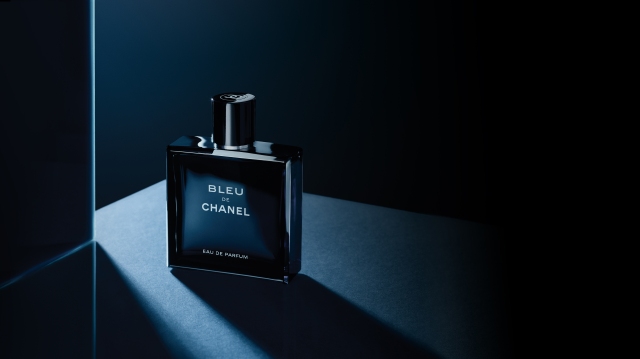 Now an immediately identifiable signature, the unique fragrance is expanding to include a new family member that stays true to the first opus, while asserting its own strong character. An Eau de Parfum version that exudes a sensuality like no other directly against the skin.

Now, Jacques Polge and the Fragrance Laboratory teams present a new interpretation of Blue de Chanel. An intense variation that follows on from its predecessor while carving out its own amber and sensual territory, as if blue harnessed its energy from the evening light. This new olfactory interpretation called Eau de Parfum is not merely a concentration of the key ingredients in the first formula. It instantly feels more enveloping. Rounder. Even more comfortable. You can recognise the older sibling, but now with amber it is almost like velvet, with woody notes that seem to prevail over the aqueous aromatic freshness.

At the end of the month, the French Maison will be launching a new addition to its Bleu de Chanel range which debuted in 2010.

The new Bleu de Chanel Eau de Parfum was composed by in-house perfumer Jacques Polge, and is described by Chanel as:

An intense variation that follows on from its predecessor while carving out its own amber and sensual territory, as if blue harnessed its energy from the evening light.

More about this fragrance soon here on Yakymour…