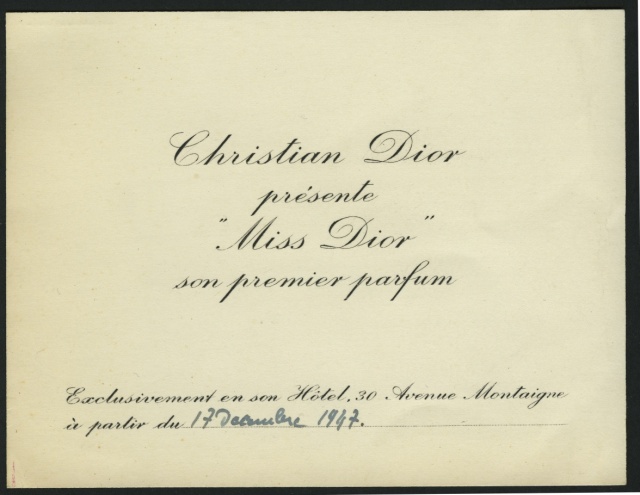 Seventy years ago the perfume Miss Dior was officially launched, after having received its debut at the Maison’s first haute couture show, on 12 February 1947. We take a look at the history of  an iconic fragrance, conceived by Christian Dior as ‘a perfume that smells of love’, and reinvented today by François Demachy as an Eau de Parfum that’s more sensual than ever.

For Christian Dior, perfume was ‘the indispensable complement of the female personality’. When creating his couture house, he dreamed to being able to give his flower-women a fragrance that ‘smells of love’. With the perfumer Paul Vacher, he developed a floral chypre, which he sprayed liberally throughout the salons in where his first collection was to be shown. This new scent went against the powdery perfumes of the time. Dedicated to Catherine, his beloved sister, Miss Dior erupted into life as the perfect accompaniment for the happy and liberated young woman of the New Look. 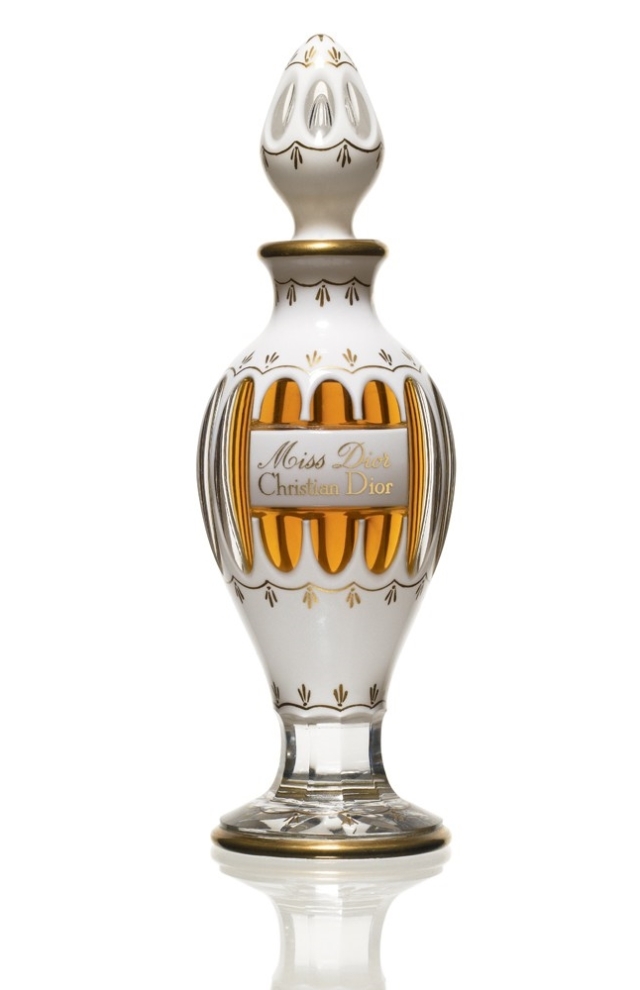 Officially launched in December 1947, this olfactory revolution took form in a bottle conceived as an object of rare luxury and designed according to the same exigencies as haute couture, because Christian Dior regarded himself as equally couturier and perfumer. He came up with a crystal amphora that alluded to the harmonious silhouette of the En 8 line in his first collection. The couturier was involved in each stage of its creation and turned to the expertise of the best glass masters in France. In 1950, echoing the modernist impulse of the time, and at the same time as his Verticale collection, he designed a more geometric and sober bottle, ‘cut like a suit’. Engraved with the houndstooth motif dear to the couturier, this bottle, which is still the one that holds Miss Dior today, it set off with a satin bow. This ultimate couture touch, whether in metal or embroidered by hand in the workshops of 30 Avenue Montaigne for the more exceptional editions, represents the immutable link between couture and perfume. 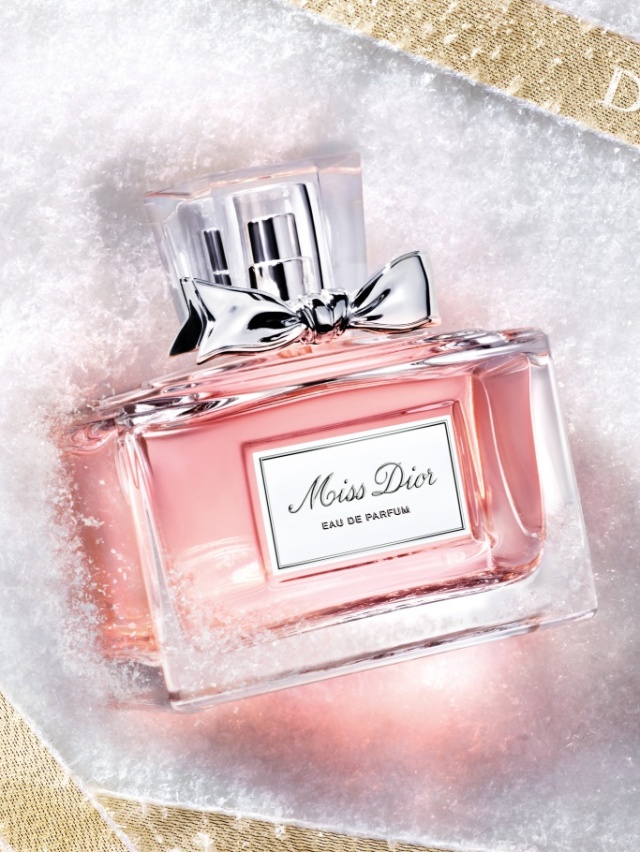 70 years on, Miss Dior succeeds in conserving its couture spirit and continues to capture the Maison’s revolutionary vision, especially in the new Eau de Parfum developed by Perfumer-Creator François Demachy and focused around the sensuality of the rose de Grasse and the sexy aura of the damask rose.

This declaration of fragrant love is embodied by Natalie Portman, in a fringed raffia-embroidered haute couture dress whose feminine curves and unexpected use of materials passionately encapsulate the spirit of the iconic Miss Dior.