Fashion designer André Courrèges was particularly known for his streamlined 1960s designs influenced by modernism and futurism, exploiting modern technology and new fabrics. Courrèges defined the go-go boot. The original go-go boots, as defined by André Courrèges in 1964, were white, low-heeled, and mid-calf in height, a specific style which is sometimes called the Courrèges boot. Along with Mary Quant, is one of the designers credited with inventing the miniskirt.

The New York Times described him as ‘The brightest blaze of the year’. to emphasis the change from the little black dress to the white dress. Designers such as Pierre Cardin and Paco Rabanne taking influences towards ‘Future’ fashion looks. With new popularity, his designs trickled down to mass production companies that created affordable designs similar to Courrèges.

He paired his shorter skirts with white or colored leather, iconic calf-high boots that added a confident flair to the ensemble. This look became one of the most important fashion developments of the decade and was widely copied. Accessories were inspired by astronauts equipment such as; goggles, helmets and flat boots. White and metallic colour ways were implemented to emphasise the futuristic collection. He utilised unconventional materials such as metal, plastic and PVC which was unusual for couture ateliers. 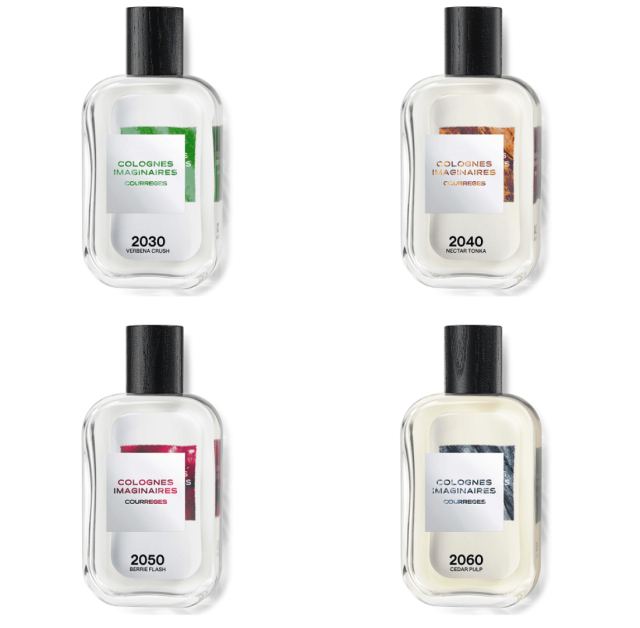 Already in 1997 Maison Courrèges dreamed up the perfume 2020, which was drawn in floral, fruity and woody lines, revolving around a note of frosted pear. The iconic fashion house of the sixties today renews its futuristic verve, to bring us to a future tinged with audacity and freedom.

With the new line Colognes Imaginaires, Courrèges projects us into the future. True to its avant-garde soul, the French Maison still dares to imagine an optimistic future, through a range of colognes filled with a positive spirit. 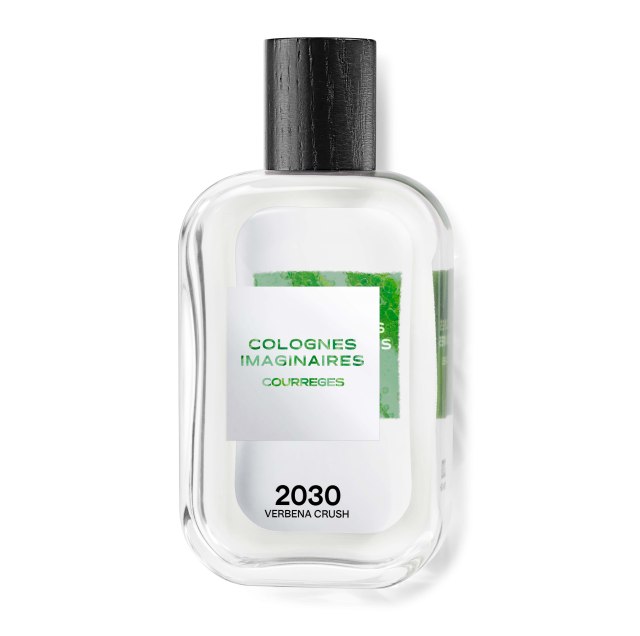 Created by perfumer Mylène Alran, 2030 Verbena Crush, is undoubtedly the one that fits most in the ‘cologne’ universe, with its citrus and aromatic notes. Zooming in on the green and tart nuances of verbena, whose essential oil inevitably evokes the scent of lemon, the scent brings some herbaceous touches, as well. Alran dreamed of a future tinged with serenity, so she embroidered her composition around a crumpled verbena leaf (whose soothing properties are known). Orange and lemon brighten it with a zesty and luminous effect, and some herbaceous notes stretch the greenness of the plant, carried by hedione to dress it with an aerial transparency. In the background, the musks imbue the perfume with a comfortable and padded suppleness. A scent of soft and sparkling freshness. 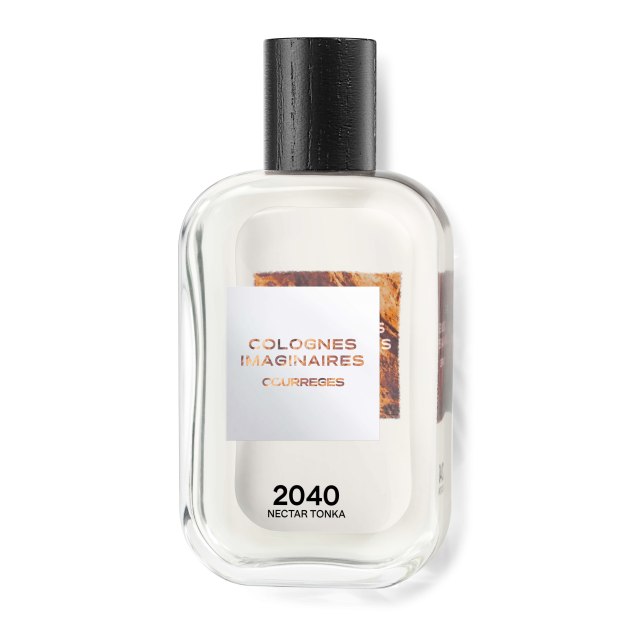 On the opposite side of the olfactive map, 2040 Nectar Tonka foresees a warm future, with its slightly gourmand oriental notes. Still a ‘light’ fragrance – we stay in the ‘cologne’ style – perfumer Benoist Lapouza put the round and almondy notes of tonka bean center stage, hemmed with vanilla and enriched with some woody and spicy touches (pepper, cinnamon) to complete the picture. A fairly dense and textured feeling emerges from the whole, which will appeal to lovers of enveloping ‘colognes’. 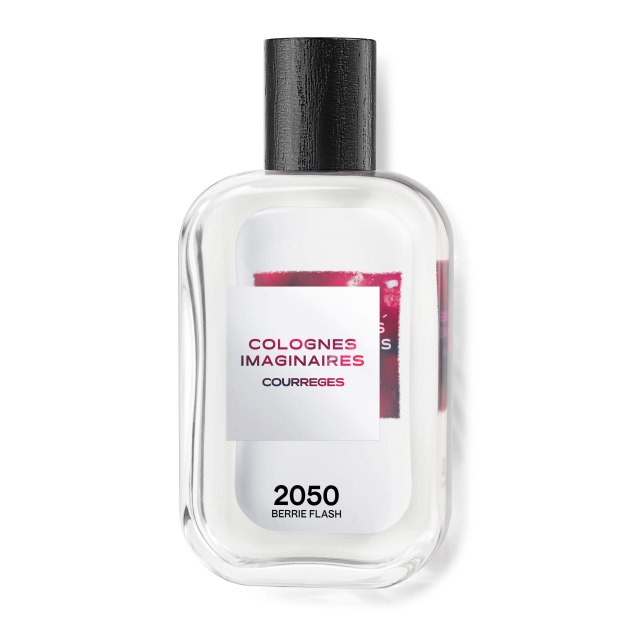 Since the future will have plants, or there won’t be a future at all, perfumer Nicolas Beaulieu portrayed it with green, sparkling, fruity notes. 2050 Berrie Flash reveals itself under a lively, sparkling flight, which gives pride of place to juniper berries. This very uplifting sensation, underlined with some spicy touches of cardamom and nutmeg, is placed around a bay leaf note with vegetal accents. The blackcurrant bud brings up all of its green and fruity nuances, and a few rose and geranium touches are outlined in the background, resting on a wooded bed. An at once powerful and mutinous ‘cologne’. 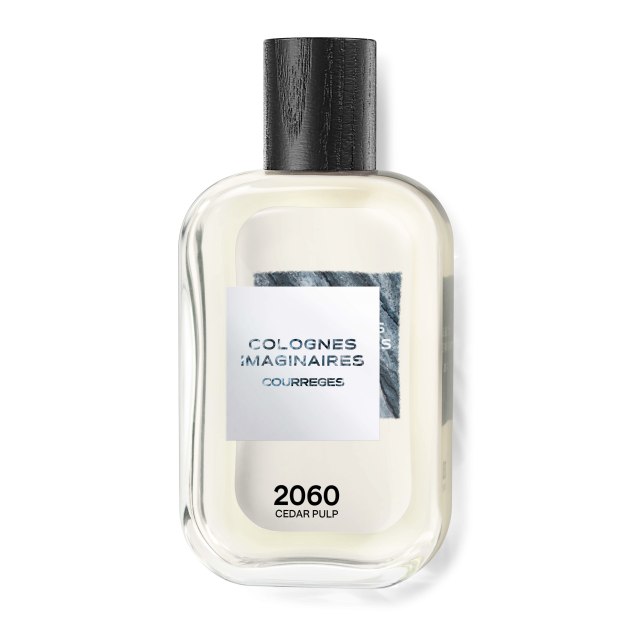 Created by Fanny Bal, the perfumer is hoping to ‘be surprised’ by the omens of a distant future, a feeling she conveys pretty successfully with 2060 Cedar Pulp. Behind the name with a woody and sparkling universe hides a ‘cologne’ that’s rather soft and powdery at first. It has green, herbaceous (basil) nuances that dress up an almond-like opening of heliotropin. The ‘sweet almond’ effect is quite realistic, while being treated with finesse in the balancing of the composition. The cedar brings strength and structure to the whole, while the musks end up rounding the contours with softness and suppleness. This powdery composition, twisted with green and woody notes, arises between classicism and modernity.

The Colognes Imaginaires Collection is ready for the future. Te range is built from organic and recyclable materials (organic beet alcohol, biodegradable wooden covers, resourceable glass, recyclable paper case, etc.), and the ingredients of natural origin that are used in the formulas come from sustainable sources.

Courrèges Colognes Imaginaires are available as 100ml at selected stores worldwide. Come into the beautiful world of Courrèges.