Last year, crystal manufacturer Baccarat celebrated its 250th anniversary with the launch of the Baccarat Rouge 540 fragrance as a high point of the festivities. Presented in a Baccarat crystal bottle, the scent was carefully created by the perfumer Francis Kurkdjian. 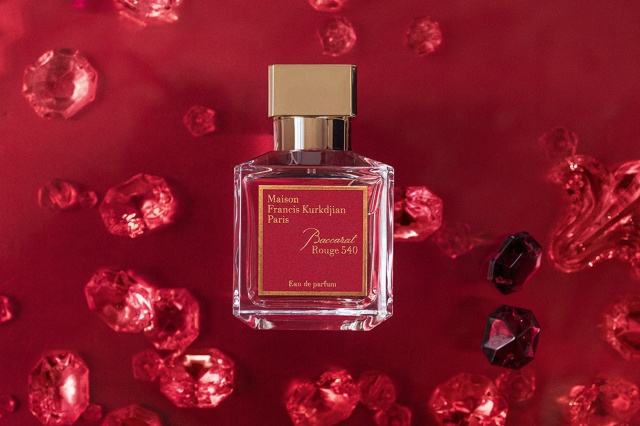 The Baccarat Rouge 540 fragrance is the result of a partnership between the crystal manufacturer Baccarat and the perfume house Maison Francis Kurkdjian. This new celebratory fragrance will be available in mid-January 2016.

The name of this very special anniversary limited edition was inspired by the bottle manufacturing process. In Francois Truffaut’s film of Ray Bradbury sci-fi title Fahrenheit 451, this is the temperature of the auto-ignition point of paper — the heat at which it will catch fire without being exposed to an external flame. In the case of the Baccarat crystal, it is a heat of 540 degrees that once applied, with consummate skill, to the raw materials of sand, lead and 24-carat gold powder metamorphosing it into the beautiful red incandescent crystal for which the house is famous. 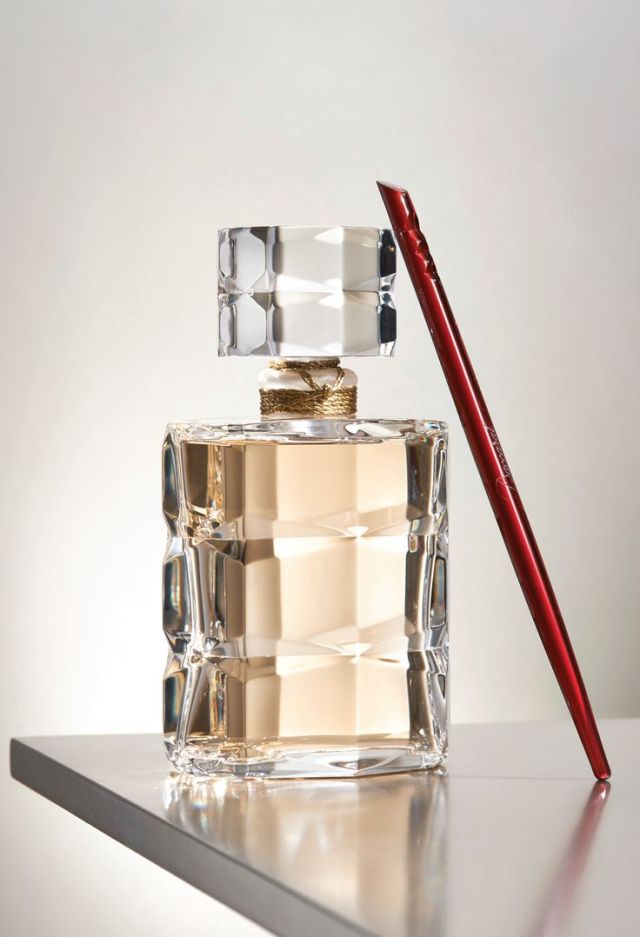 A few months later, Maison Francis Kurkdjian announced that the Baccarat Rouge 540 fragrance will become part of its celebratory perfume collection, and will be packaged in the perfume house’s iconic bottle.

This woody amber floral fragrance has opening notes of jasmine and saffron, followed by ambergris and cedar.

Baccarat Rouge 540 in the iconic Maison Francis Kurkdjian bottle (70ml) will be available from mid-January in the brand’s Parisian stores. Price: €195. A limited numbered edition of 250 in a Baccarat crystal bottle will also be available. Price: €3,000 for 100 ml.

People who know me a bit, they know I’m a huge, I mean Huge Lalique lover. Especially the Art Deco inspired item. In the years I have a nice collection of perfume bottles by Lalique, vases, lamps and many more. Not only in the traditional clear with satin finish, but also in black crystal. Normally I’m not a great lover of colors, but some years ago I started to collect their famous frog collection. Now I rediscoverd the fishes… And putting them together the Lalique magic begins…. 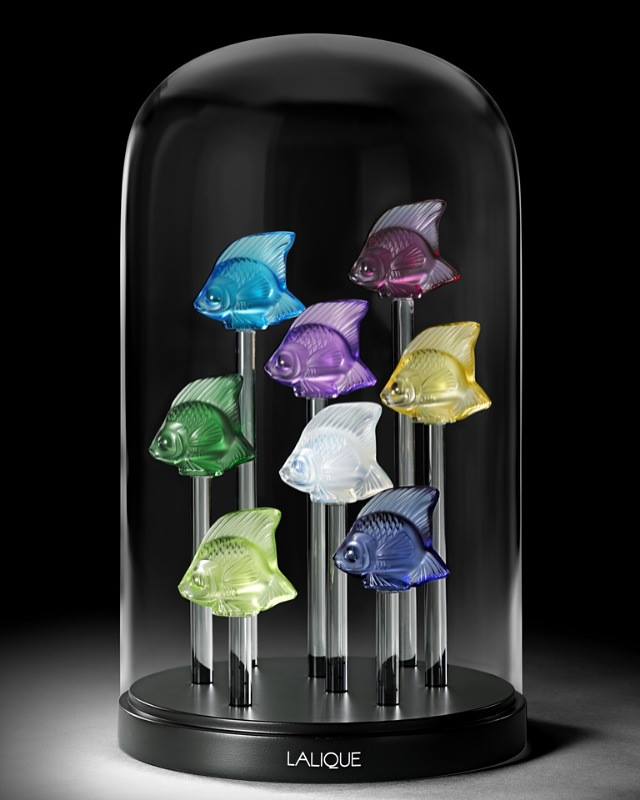 The original Fish in glass was designed in 1913 by René Lalique and since become an important and iconic piece in the Lalique collection. They are issued in a wide range of colors…

…..including this opaque black crystal

…..in the traditional clear crystal with satin finish

….this rich blue with a hint of lightness on the fins, Cap-Ferrat blue luster

That make them beautiful pieces to collect, not only for Christmass but all year long. Each month one in the color of the month’s birthstone color?

From 30 October, Chanel will be retailing a special limited edition of its iconic Chanel No. 5 eau de parfum in 35ml size, perfect for the gifting season as we come to the end of the year. 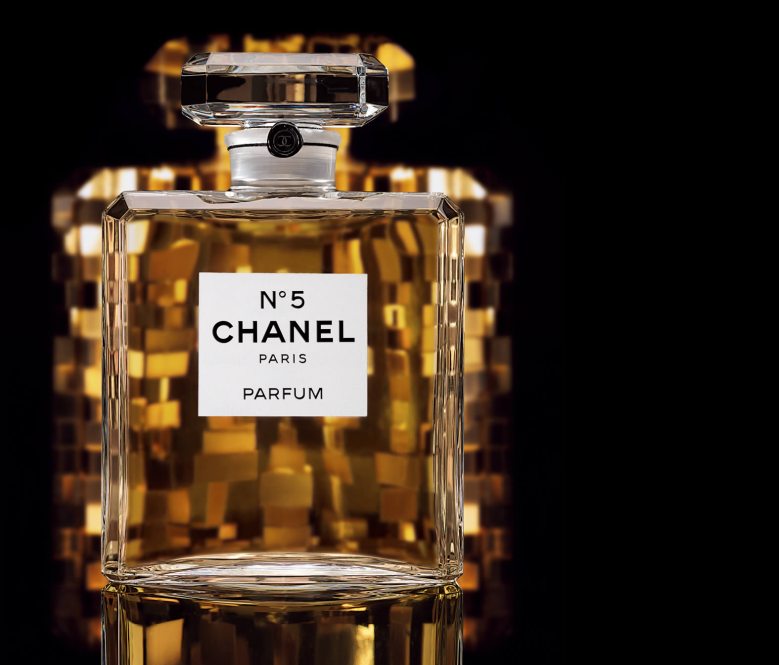 Fifty of a jumbo 900ml version are also available, and these come in crystal bottles, hand-sealed with baudruche film and numbered (Click photo to enlarge). 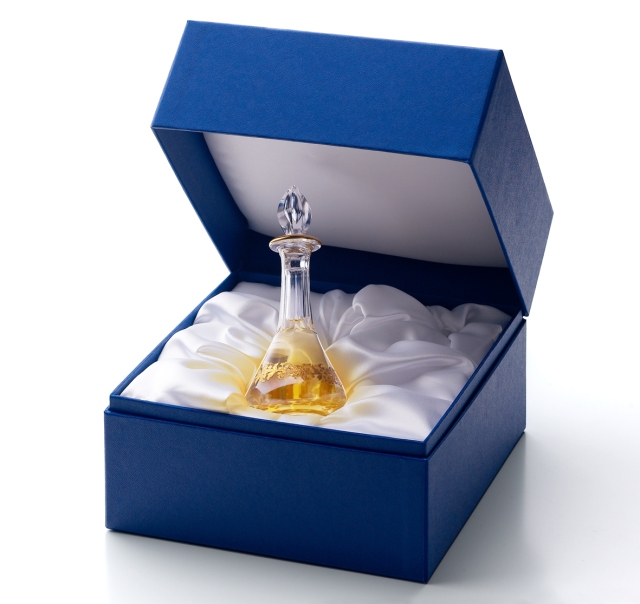 Take home this limited edition fragrance, one out of only five, recreated by master perfumer Francis Kurkdjian and bottled in a 2.5oz 24k gold engraved crystal flacon by Maison Saint Louis!

Perfumer Francis Kurkdjian may hail from an Armenian family from Aleppo but everything else about him is resolutely French. Paris is where he started in the business, creating some of the most beautiful and successful perfumes for major designers, it’s also where he co-founded the esteemed Maison Francis Kurkdjian, to create some rare beauties under is own name…

History is one of my passions since I was a child. It is also a great source of inspiration in life in general. It all began in 2003 when I met the historian, Elisabeth de Feydeau. She was written a biography about one of Marie Antoinette’s perfumers, Jean-Louis Fargeon. I have re-created the scent of the queen from his original formulas. The Queen of France had an inimitable style and liked large floral scents.

This fragrance, Sillage de la Reine, has been recreated from an original formula by Jean Louis Fargeon, the Queen’s perfumer, at the end of the 18th century. Francis Kurkdjian has composed a pure perfume made entirely of natural ingredients around an accord of roses from Bulgaria, iris from Florence, and jasmine and tuberoses flowers from India and Egypt. This floral bouquet is modulated by subtle touches of cedar wood and sandal wood, enhanced by gray amber and surrounded by musk.

Francis had a particular obsession with replicating a fragrance worn by Marie Antoinette. Sillage de la Reine featured amber essence of jasmine, orange blossom, tuberose, iris, cedar and sandalwood. It retailed for $900 — or $11,000 for this one in a Baccarat bottle.

One bottle was donated by Francis Kurkdjian for ‘Christie’s Green Auction: A Bid to Save the Earth’. Wished I could smell this fragrance!

I love flowers. All kinds of… (ok… I have my preferences). I love the Art Deco style (ok….I have my preferences in that too). Flowers you have to put in a vase, and I have many of them… In all kind of shapes, sizes, styles and materials, like glass, crystal or porcelain. Most of them related in some way to the Art Deco style, but also some Empire. Some very cheap, others some special handmade precious items. Always surging for something special on the internet, or in some little secondhand shops…. to find something to put my flowers in….

I found an amazing range of fantastic vases! A fabulous collection of handmade and handcut crystal with dramatic cutting. The shapes are really wonderful. Traditional Art Deco trumpet shapes (ohh I love!) or modern dramatically cut spherical vases. All manner of sizes are available, from small bud vases to magnificent table centre vases. Delicately engraved or with bold flat cuts – designs for any setting. But those Art Deco style trumpet vases…..

………they are made for my flowers! Really!! They are!! That’s crystal clear!!

Coeur-Joie is a feminine perfume by Nina Ricci. The scent was launched in 1946 and the fragrance was created by perfumer Germaine Cellier. The bottle was designed by Marc Lalique.

Launged in 1946, but still when people see the signed Lalique handmade crystal bottle for the first time… you hear a lot of Ohhhhh’s. A bottle in the shape of a heart, that looks great from every corner you look at it, designed by Marc Lalique. A true timeless classic, and for many people in the business the most romantic bottle ever designed. So that makes it a great present for mothersday (or weddings, birthdays etc)! Even if you don’t want to open it! It’s a precious item on every dressing table. Such a pitty it’s very hard to get. It’s still in production, but it’s what they call a Boutique fragrance, so you can find it in the Nina Ricci Boutiques and in some vèry selected stores.  It’s not only a perfume, it’s a piece of art, like many Lalique perfume bottles.

This scent is just perfect in my eyes, I own 3 vintage crystal bottles, and one new ‘expensive’ reissued version bottle. The lovely round bottles by Lalique look good in my Lalique collection, and I am lucky to own so much of this very rare and hard to find scent so I sometimes just open one of the bottles to smell what I think is a perfect perfume…

A precious item that goes from mother to daughter (or grandson…. when he is working in cosmetics…lol).