This perfume starts to impress with fresh bergamot and orange blood along with an intense bouquet of flowers such as beautiful magnolia, jasmine, roses, and lotus. The base calms on a woody layer made of musk and sandalwood. 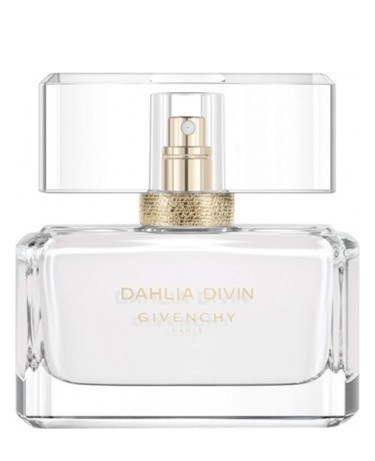 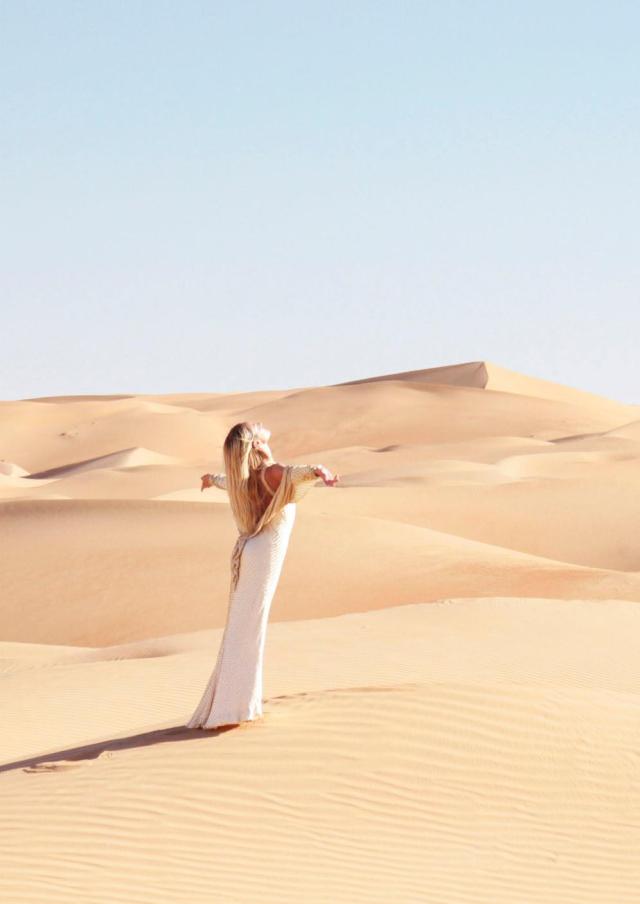 French maison Givenchy launches a new fruity/floral Dahlia Divin Eau de Parfum Nude. The original version, Dahlia Divin, is one of my favorite perfumes due to its unusual soft, yet intense but not overwhelming aroma. Since I’ve discovered it in 2014 it still pleases and fulfills my wishes. 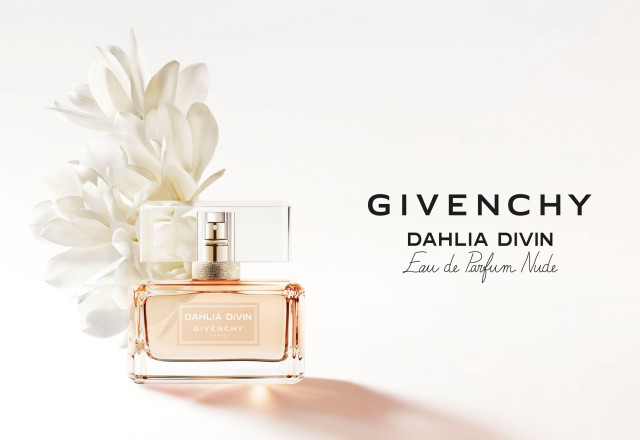 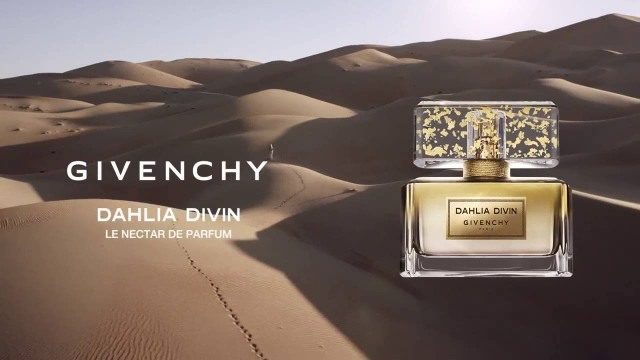 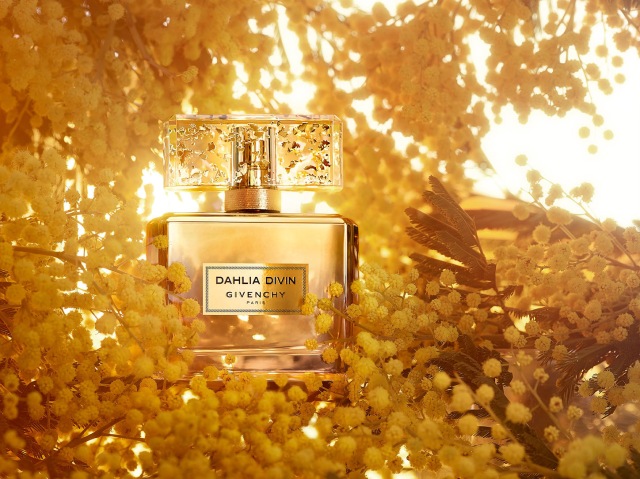 It is in my opinion, a younger, more playful take on the original scent but still possesses the same enchanting and feminine aura. Dahlia Divin Le Nectar de Parfum represents the luxurious, haute couture version of the fragrance, a symbol of gold and femininity, announced as ‘the elixir of divine potency’. The composition is developed by François Demachy who focused on golden flowers of mimosa which brings their unique signature to the scent. Sambac jasmine, present in all the Dahlia Divin creations, is complemented by sensual and elegant rose. The floral heart is supported by the woody base of almost creamy vetiver, sandalwood, tonka bean and lavish vanilla musk.

This beautiful perfume is stunning both outside and within. Housed within the same rectangular bottle as the original, the bottle is made of lacquered glass in shades of gold, adorned with gold thread around its neck and with an engraved gold plate that bears the name of the perfume. The transparent bottle holds fragments of gold leaves. 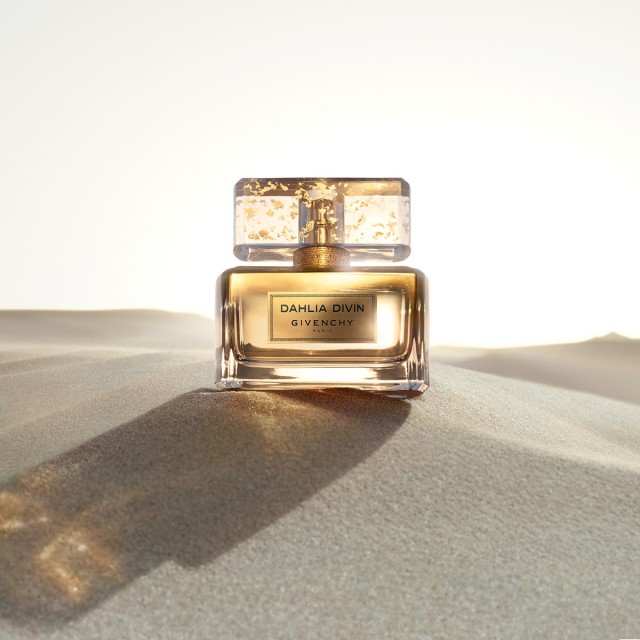 She’s a goddess of our time – an icon.
An apparition so luminous, so fascinating and charismatic that her presence feels like radiant sunshine – her absence, an eclipse.
She is the woman with the dazzling aura, celebrated by Dahlia Divin since its creation.
More precious, more legendary than ever… 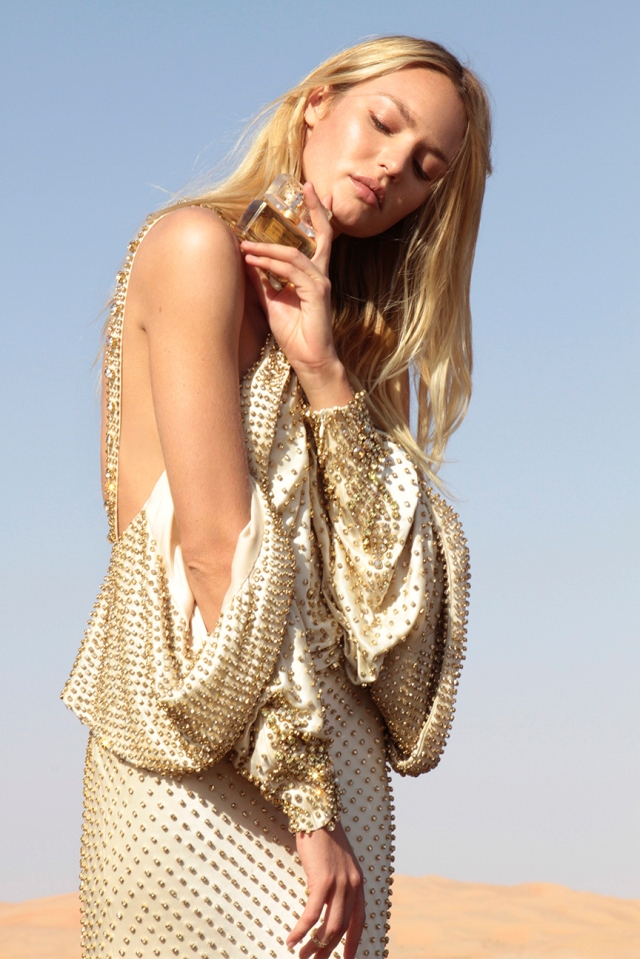 Model Candice Swanepoel replaces singer Alicia Keys as the embodiment of a Dahlia Divin woman in the new campaign. The promotional video is directed by Gordon von Steiner, with the visual campaign shot by Peter Lindbergh.

It is undeniably feminine and I adore its subtle, delicate sweet undertones. The fragrance is available in three sizes, a 30, 50 and 75 ml Eau de Parfum Intense.