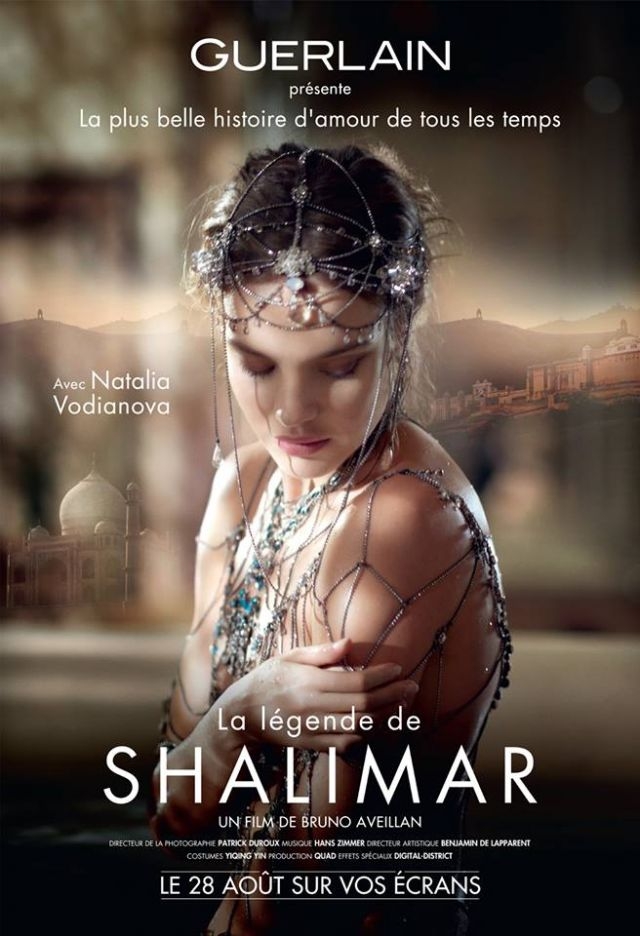 French Maison Guerlain has released a short film exploring the inspiration behind its iconic Shalimar fragrance. The video stars Natalia Vodianova in the role of an Indian princess.

When creating the Shalimar fragrance in the early 1920s, Jacques Guerlain drew inspiration from the legendary love affair between a princess, Mumtaz Mahal, and the emperor Shah Jahan. As a testament of his devotion upon the death of his wife, he built the most splendid of tombs: the Tai Mahal.

This legend is at the heart of the new short film directed by French filmmaker Bruno Aveillan, who has also directed a much-buzzed about short film for Cartier in 2012, L’Odyssée de Cartier.

The Guerlain film depicts Natalia Vodianova as a sublime princess languishing in the Shalimar Gardens. The supermodel alternates between sensual scenes of royal luxury, in which she is barely clothed, and touching scenes of tenderness, in which she wears a delicate and flowing sari with gold embroidery.

The end of the short film shows the princess floating across a lake in a lovely boat. The music stops, and the Taj Mahal rises majestically from the still waters.

The beautiful full-length version of ‘The Legend of Shalimar’, at 6 min 32s, may be seen on Guerlain’s Facebook and YouTube pages. A shorter version of the video is expected to air on TV.