Each scent from French Maison Hermès’ Hermessence Collection is an olfactory poem. On a quest to capture the balmy scent of agarwood which carries a warm and mysterious vibration at its heart, perfumer Christine Nagel dreamt up the Agar Ebene Eau de Toilette swirling with woody notes, fresh fir balsam. Warm and balmy, it’s a fragrance to spritz on throughout the year to whisk a reminder of nature into your everyday. A fragrance that marries the enveloping sensuality of two wood essences: a carnal agar wood softened by the sweetness of balsam ﬁr, profound and mysterious.

Rashid Al Khadar’s verses, expressed in Mohammed Mandi Al Tamimi’s fluid strokes, echo the creative freedom of the Hermessence collection. The text by the celebrated Emirati writer, who died in 1980, invokes the emotion of fragrance in a declaration to his beloved. The poet sets the tone, the calligrapher applies his perspective, a line, a gesture.

Poetry and calligraphy grace Hermessence Agar Ebene. For an exceptional limited edition, the Agar Ebene flacon is adorned with the verse of Rashid Al Khadar, calligraphed in Diwani by the artist Mohammed Mandi Al Tamimi. The poem evokes the emotion of fragrance in a declaration to his beloved. Calligraphy unfurls on one side of the glass flacon of Agar Ebene. The interlaced script is engraved, then embellished with 24-carat gold leaf.

Come into the beautiful world of Hermès. 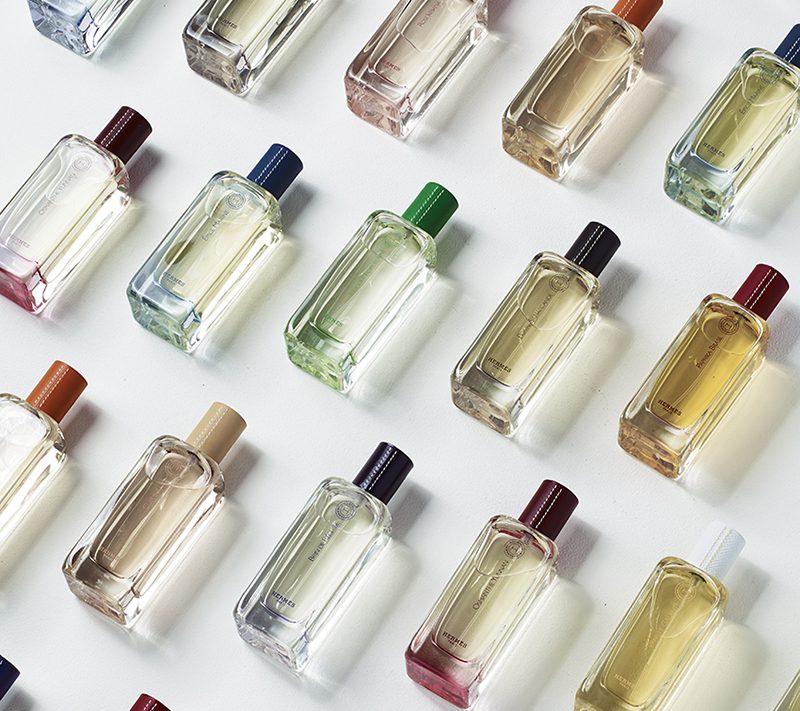 This years May day celebrations welcome Hermès’s new fragrance, an ode to the Lily of the Valley, ‘Muguet Porcelaine’, as a new member of the Hermessence fragrance family.

Considered a lucky charm, the French greet one another with a simple sprig or small bunch of the Lily of the Valley. A tradition passed down from King Charles IX who presented the ladies of his court with these flowers, every year on May 1. Lily of the Valley has been named the ‘mute flower’ by perfume experts, its fragrance evading all attempts to capture. Jean-Claude Ellena, the nose of Hermès, has challenged scent in this way for the first time. 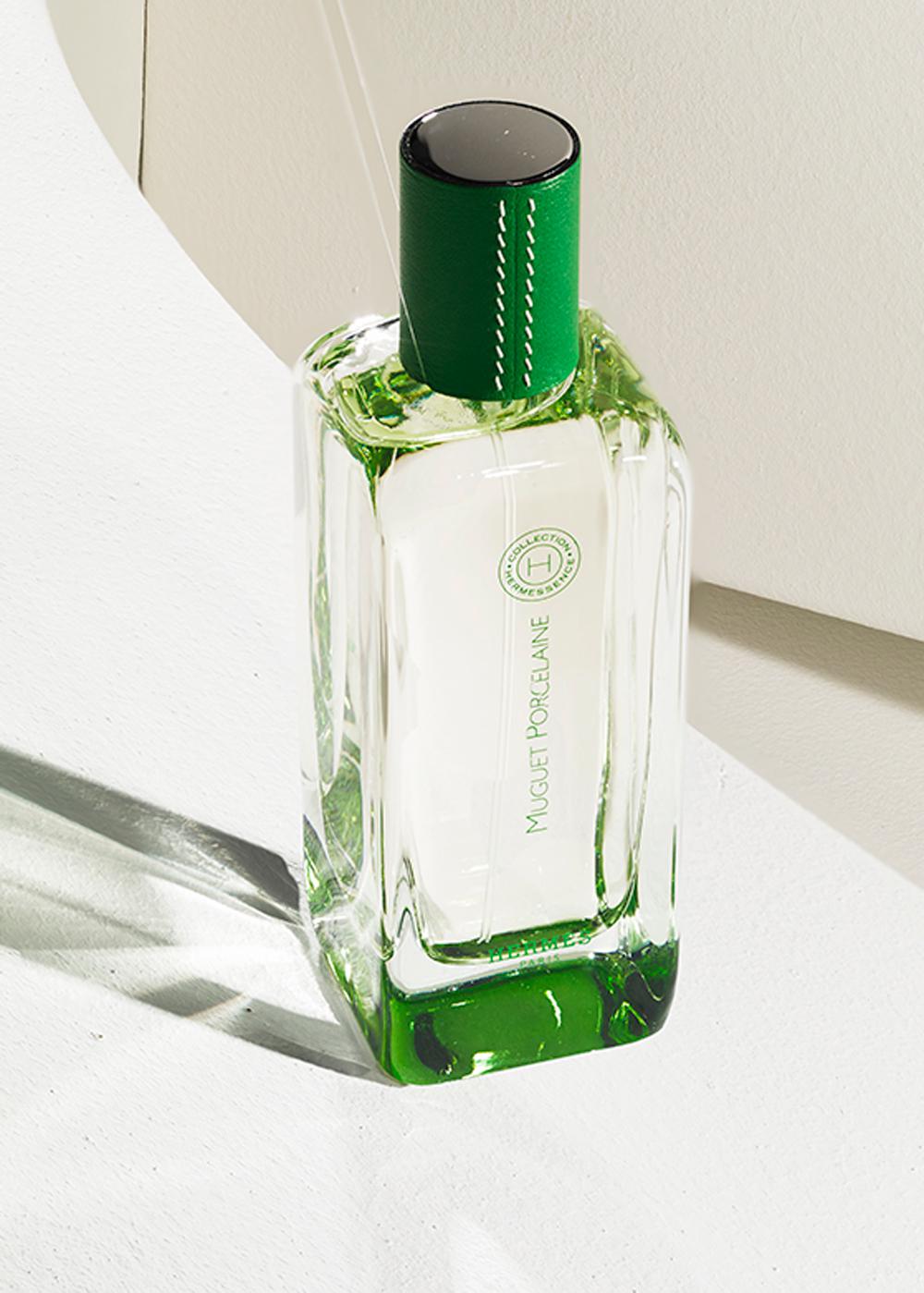 The fragrance is fresh and light, a true representation of the spring months. Muguet Porcelaine is the thirteenth fragrance in the Hermessence collection, as if created by the air of spring, the clear, simplicity of the bottle is brought to life by a vibrant green.

The difficulty of producing a viable lily of the valley note becomes all the more significant in light of the fact that Ellena chose to make it the focus of his final effort. And this, in turn, adds poignancy to the perfume’s inclusion in the Hermessence collection, which has, from its beginning, been Ellena’s exclusive playground for technical and artistic exploration. Hermès Muguet Porcelaine comes to us as the final gift in a career that has marked countless enviable achievements. But it’s also the conclusive Hermès composition from an admirer and student of Edmond Roudniska,  who created not only the very first scent for Hermès (the sweaty-chested Eau D’Hermès from 1951) but also what is widely considered to be the most heart-breaking lily of the valley perfume of all time, Christian Dior’s Diorissimo (1956). You can see how all these layers and connections tie themselves up in increasingly heavy knots.

I wanted to snatch the fragrance of these flowers from the dawn sky, together with that of the foliage that envelopes them. And then in a cerebral way, I worked on the coolness of the aura, the delicacy of its opalescence and the ethereal nature of its existence.

As an attempt to create a 21st century lily of the valley, Muguet Porcelaine is brave, beautiful and not entirely successful. Presumably in an effort to create an unisex fragrance and to work his way around today’s anti-allergen restrictions, Ellena has decided to create his lily with the help of a melon-like lychee note. This serves to make the muguet not, as the perfume’s name would suggest, more fragile, but more aqueous and perhaps even more insistent. It can’t be denied that the fruity aspect is incongruous, but even while it disappoints with its lack of realism, it impresses with its sheer chutzpah. You can almost picture Ellena in his lab, trying to formulate an epilogue to an illustrious career, cursing the regulations, refusing to be defeated. That determination, the bloody, minded pursuit of a hopeless cause, is what lends the scent much of its beauty. Give it a try! 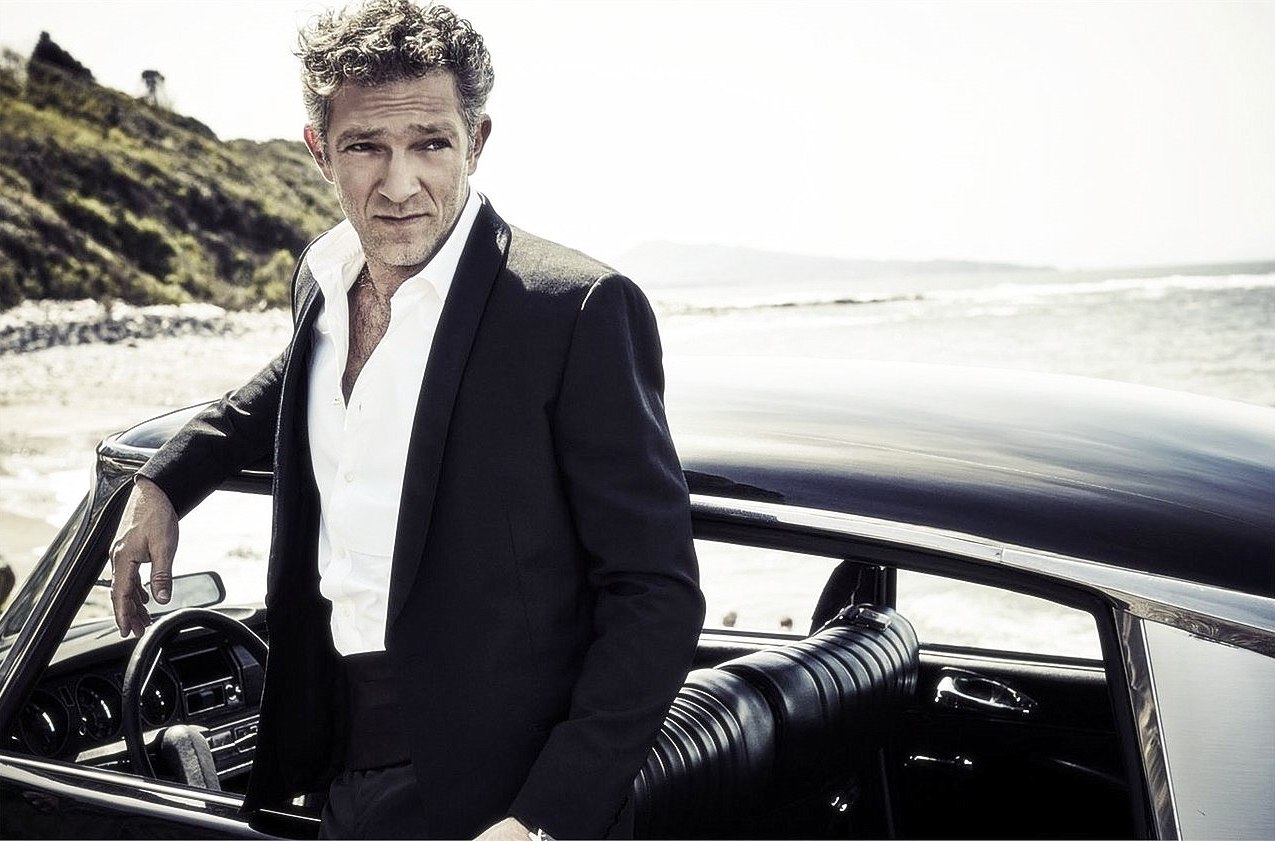 “Generous expressions of simple ingredients” is how Hermès describes the approach to its unisex line of fragrances Hermessence – the latest offering of which is an intriguing blend for ‘modern pirates’ of the sea, Épice Marine.

The creater of this fantastically spicy, yet fresh, scent is Jean-Claude Ellena, the in-house perfumer of Hermès, and Olivier Roellinger, the French chef. Roellinger has earned the nickname ‘le cuisinier corsair’ for his skill in incorporating intricate spice blends, inspired by the spice trade that once passed through the ports of his native Brittany. Together, they represent a formidable fragrance force. 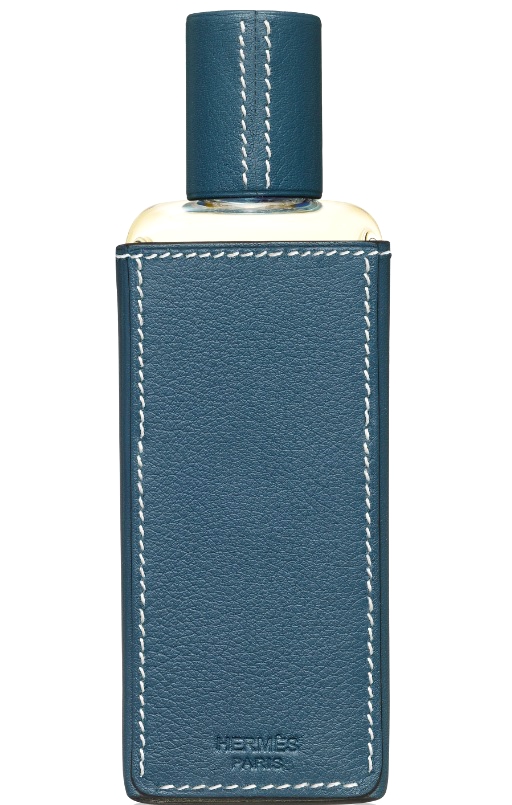 Talking about their latest creation, Ellena laughs, “Olivier wanted the scent of mist! He said fog smelt to him like hawthorn blossom and buckwheat porridge; he talked about the mineral taste of wet pebbles, the smell of the rain on the sea, shamrock, peat and wet sand. So I tried to translate that into perfume”, And in our opinion, they did just that, and it reeks of class.

Épice Marine is the newest fragrance in the boutique collection of 11 Hermessence fragrances, available exclusively at Hermès boutiques worldwide. 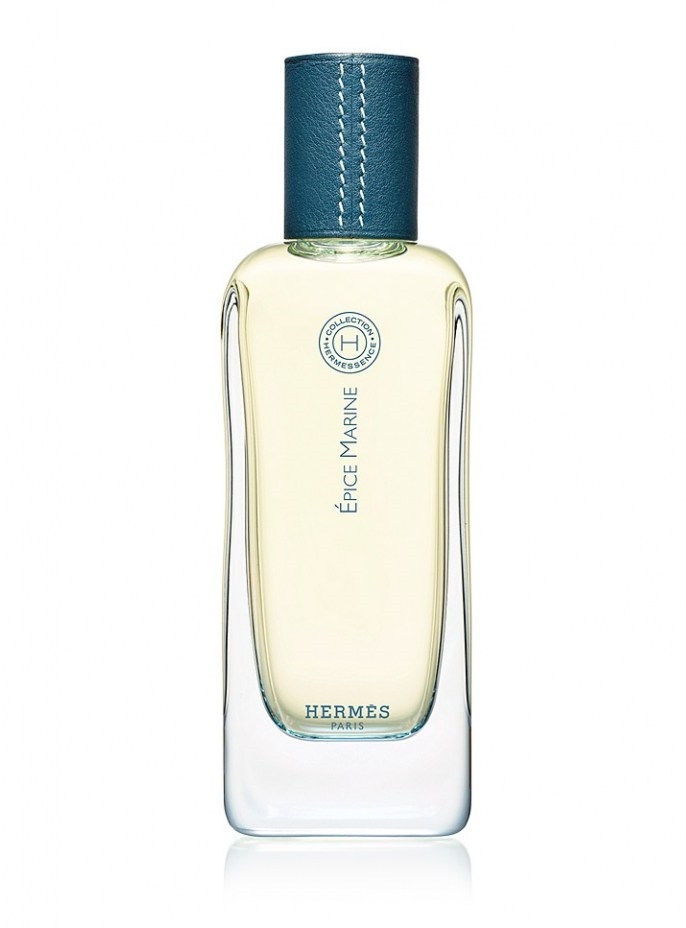 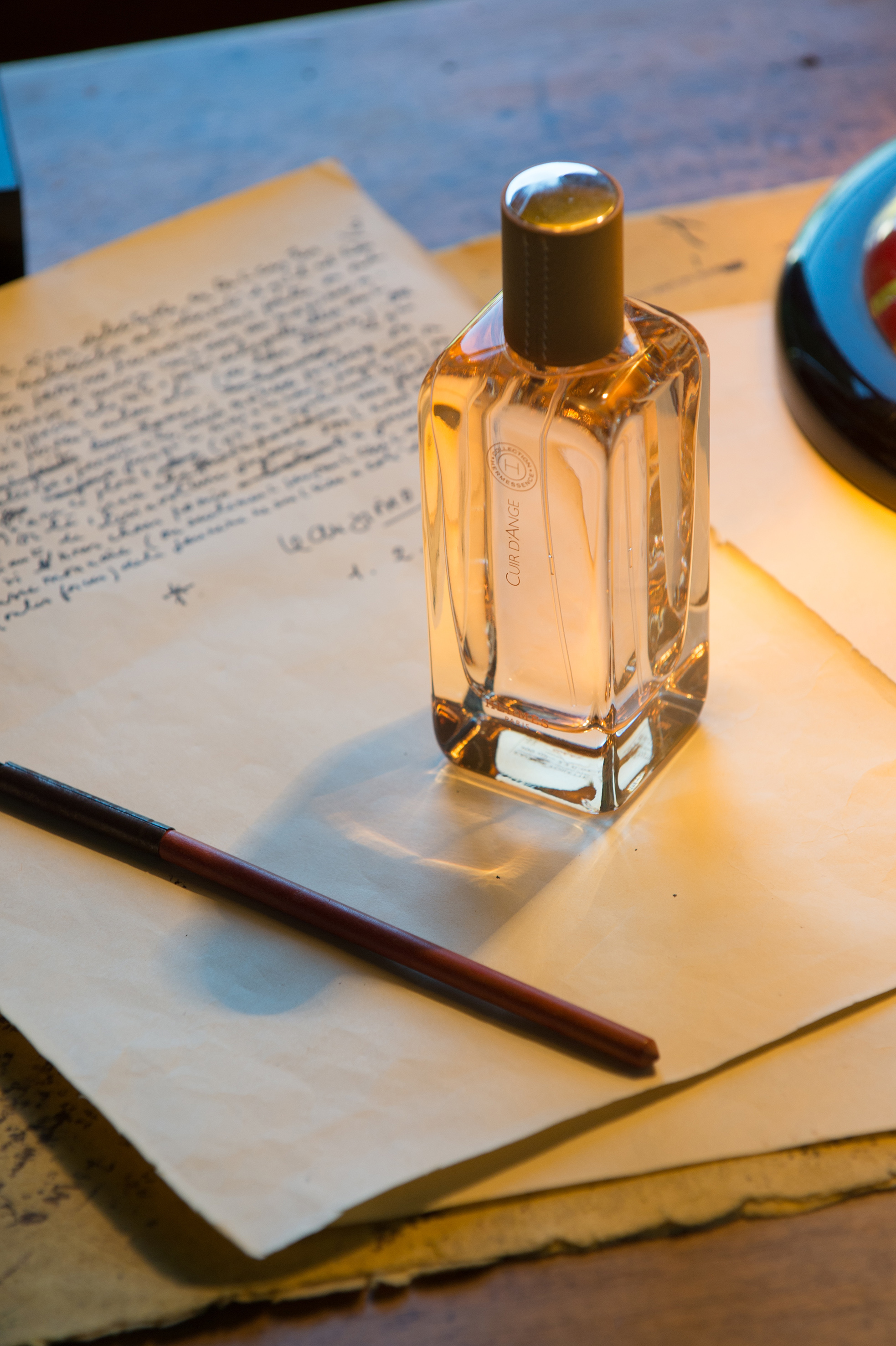 Translating literally as ‘angel leather’ – Hermès launches its latest scent, the first in over a year, for the ‘his and hers’ Hermessence line 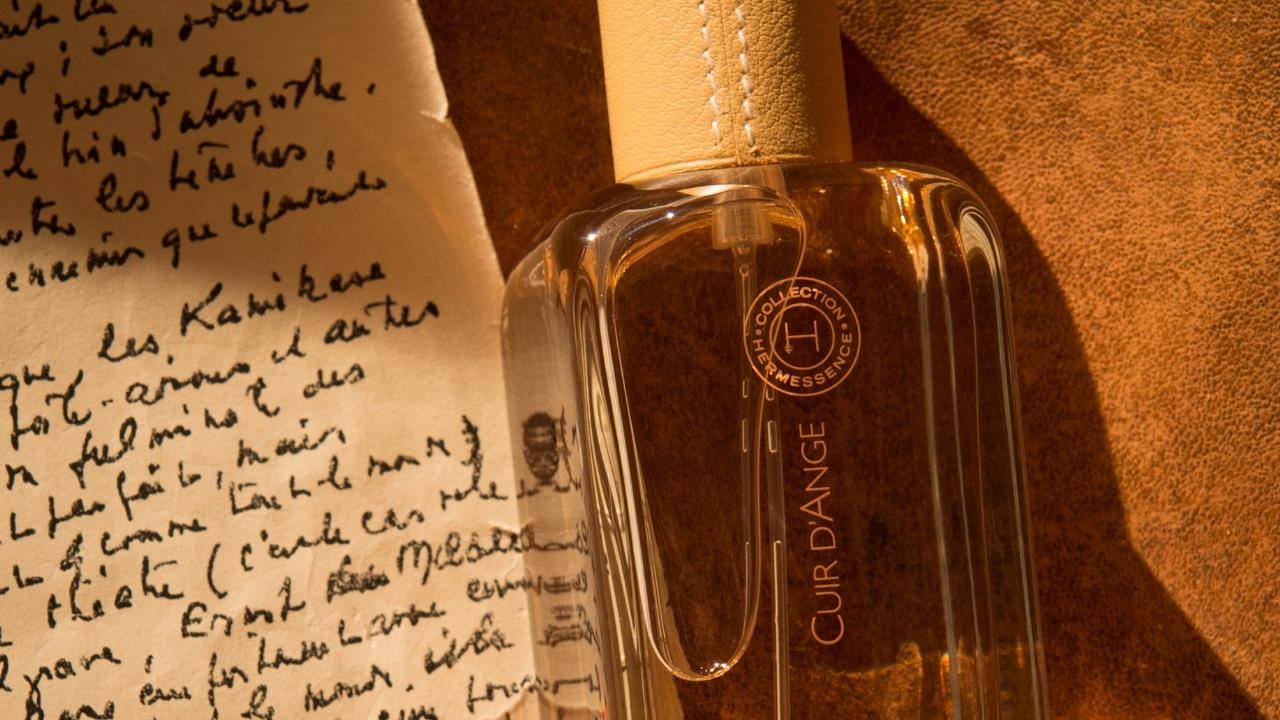 Cuir d’Ange was developed by house perfumer Jean-Claude Ellena and inspired by the delicate leathers in the Hermès workshops. Ellena also labelled the soft leather notes used for the brand’s Kelly Calèche scent as ‘Cuir d’Ange’ – angel leather, after a phrase from Jean Giono’s novel Jean le Bleu. This re-invention of the concept also includes notes of heliotrope, hawthorn, violet, narcissus and musk.

Hermès Cuir d’Ange is available now in 100 ml Eau de Toilette. Cuir d’Ange and the other fragrances from the Hermessence collection are available exclusively at Hermès stores worldwide.

Maison Hermès fills up his Hermessence Collection with one more unisex and truly exhilarating perfume. Santal Massoïa along with other nine fragrances Ambre Narguile (2004), Vetiver Tonka (2004), Poivre Samarcande (2004), Rose Ikebana (2004), Osmanthe Yunnan (2005), Paprika Brasil (2006), Brin de Regliss (2007), Vanille Galante (2009) and Iris Ukiyoé (2010) make up the collection that needs no words to be described thanks’ to their elegant and sophisticated smell and look.

There are linear, vertical woods like cedar, and others that are horizontal, round, supple and velvet-smooth, such as sandalwood and massoia. With this understanding in mind, I composed this enigmatic, inviting yet distant perfume of milky woods, with its unusual, pungent hints of resin and dried fruit, and familiar smells of dulce de leche and flowers.

Hermès in-house perfumer Jean-Claude Ellena has created the whole collection that resonates with desire and charm. Hermès Hermessence Santal Massoïa is inspired by the Massoïa tree that resembles the coconut smell, along with sandalwood, rich milk and dried fruity accords. Santal Massoïa will become women’s exotic source of imagination. Its finest aroma, natural oils and coconut character will invite you to try it. 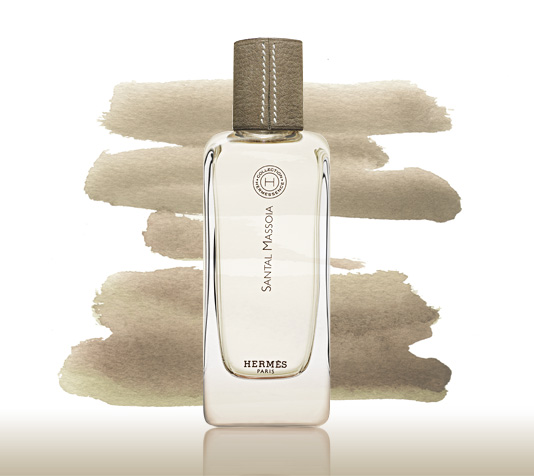 Santal Massoia is a woody perfume that is essentially linear in its development. It is smooth, perfectly refined and – for lack of a better word – utterly pleasant. Slowly sandalwood becomes apparent and with it a creamy, milky diffuse sweetness, sometimes hinting at coconut, sometime like caramel.

But while all that sounds heavy and like a gourmand festival, this perfume is certainly not that. Throughout, there is a shimmering, nebulous quality, like strolling through a bare forest in the morning mist. 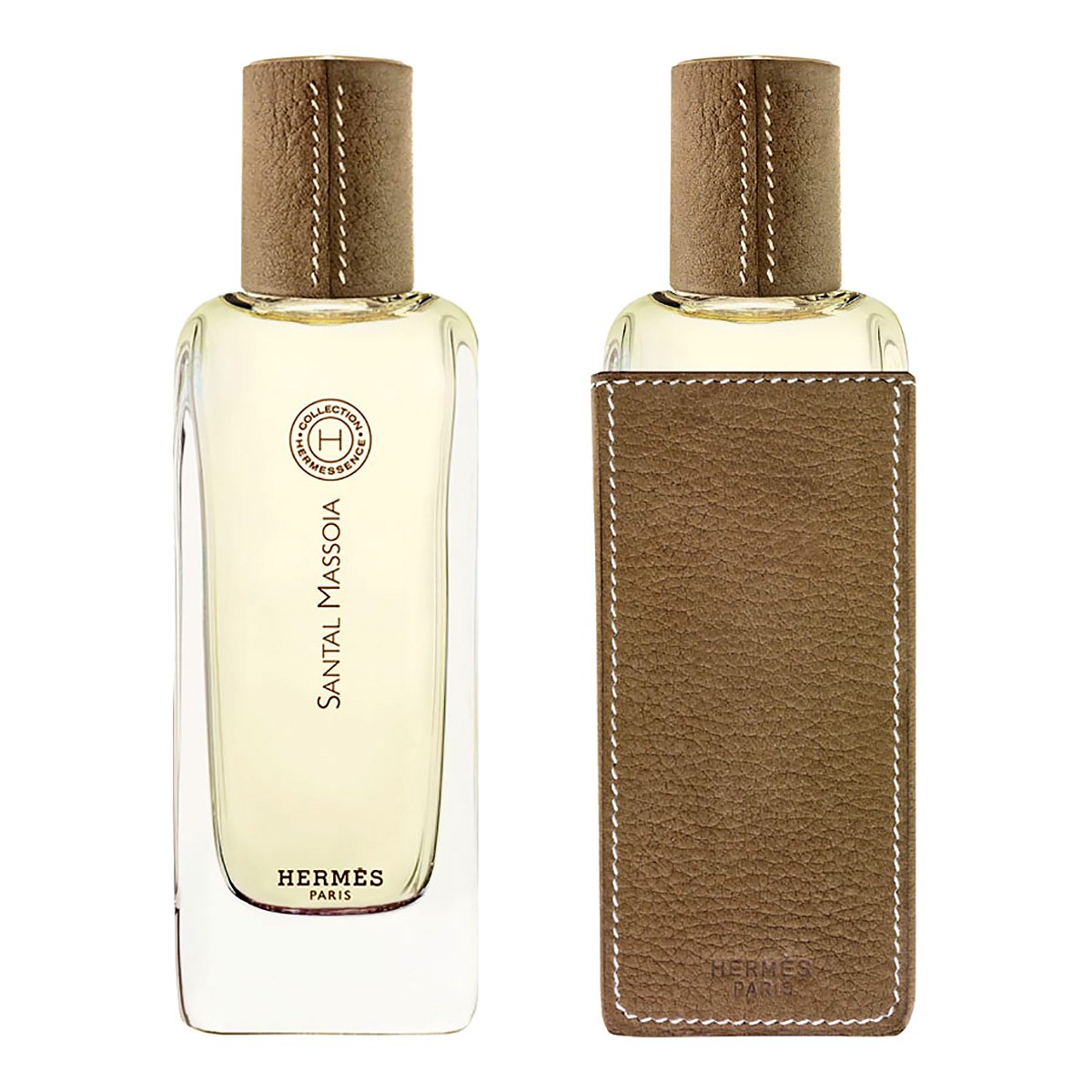 Hermès Hermessence Santal Massoïa Perfume will be available in 100ml Eau de Toilette for €170 while the bottle wrapped in a luxurious and expensive lather package will cost €410.