Feeling the earth, lying on the ground, gazing at the sky.

Created by famous in-house perfumer Jean-Claude Ellena, Hermès Terre d’Hermès Eau Tres Fraiche blends the same citrusy notes as in the original perfume, yet updated with warm wood – that makes this perfume smell fresher, lighter and watery. In true Jean-Claude Ellena style, the opening of Eau Très Fraîche is an ode to laboratory-created photorealistic fruit with remarkable presence and fullness.

Here, the acerbic note of grapefruit presents itself in a pleasing wave of sulphuric citrus full of bitterness and supported by a tangy blast of fruity zing. Pepper accents this multi-faceted grapefruit note perfectly, creating a spicy and almost sweaty undertone that one wishes could last forever.

A soothing and sensory freshness finds its strength in the icy cold of aldehydes, the acerbity of bitter orange and the warmth of wood.

It’s at this point that the fragrance is most unlike Terre d’Hermès, its forbearer, and it could almost stand alone as an addition to Hermès’ wonderful range of colognes. 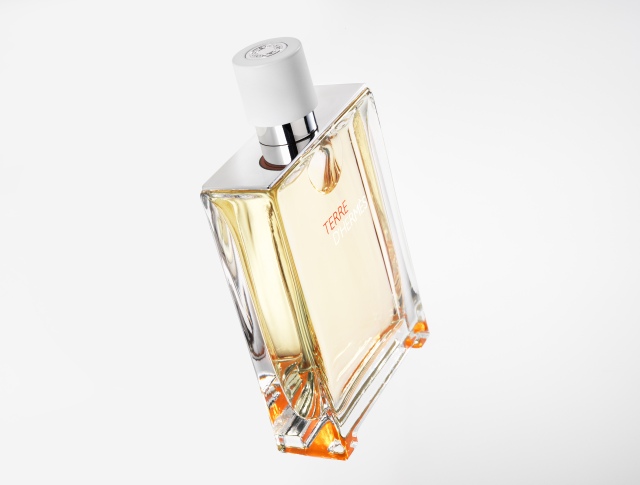 The new perfume comes in a simple crystal bottle, yet inspiring an irresistible masculine, elegant and fresh aroma ideal for everyday use.