Powerhouse vocalist Deborah Cox has been an amazing year..

Cox has had a dozen No. 1 dance hits and may be best remembered for her 1998 song ‘Nobody’s Supposed to be Here’. She starred on Broadway in ‘Aida’ and the recent revival of ‘Jekyll & Hyde’, She also provided the singing voice of Whitney Houston in the recent Lifetime film ‘Whitney’, as well, as released a brand new single entitled, ‘Kinda Miss You’. Now she has a brand new role on Broadway to add to her already busy year!

Grammy-nominated R&B singer and Broadway actress Deborah Cox will plays the iconic star and civil rights activist in “Josephine,” an original musical that focuses on five key years of her life in France.

The show, inspired by Stephen Papich’s book ‘Remembering Josephine’, focuses on 1939-’45 when Baker was the leading star of the Folies Bergere in Paris. Baker was the first black woman to star in a major motion picture, Zouzou (1934) and to become a world-famous entertainer.

At the Folies Bergere she ‘was on top of the world’ when the audience screams for her, but in the morning, she wakes up still this nappy-headed girl who was thrown in the ‘mud’. Baker moved to Paris to avoid the racism she experienced back home. She refused to perform for segregated audiences in America , and she was the only official female speaker at Martin Luther King Jr.’s 1963 March on Washington.

She was involved in what was considered a scandalous affair with Swedish Crown Prince Gustav IV and active in the French Resistance against the Nazis in World War II, and received the Frech military honor, the Croix de guerre and was made a Chevalier of the Légion d’honneur by General Charles de Gaulle. During Baker’s work with the Civil Rights Movement she began adopting children, forming a family she often referred to as ‘The Rainbow Tribe’. Josèphine wanted to prove that ‘children of different ethnicities and religions could still be brothers’. Baker lived with her children and an enormous staff in a castle, Château des Milandes, in Dordogne, France, with her fourth husband, Jo Bouillon. She died on April 12 1975, four days after her last performance.

The musical brings John Bettis back to Asolo Rep, where he collaborated with composer Frank Wildhorn on ‘Svengali’ in 1992. The Emmy Award-winning and Academy Award-nominated lyricist wrote several hits for The Carpenters, including ‘Top of the World’, ‘Only Yesterday’ and ‘Yesterday Once More’. With Dorff, a composer of more than 20 Top 10 hits, he wrote Houston’s ‘One Moment in Time’ and Michael Jackson’s ‘Human Nature’. Dorff, the father of actor Stephen Dorff, also has written numerous TV themes, including ‘Murphy Brown’, ‘Growing Pains’ and ‘Murder, She Wrote’. 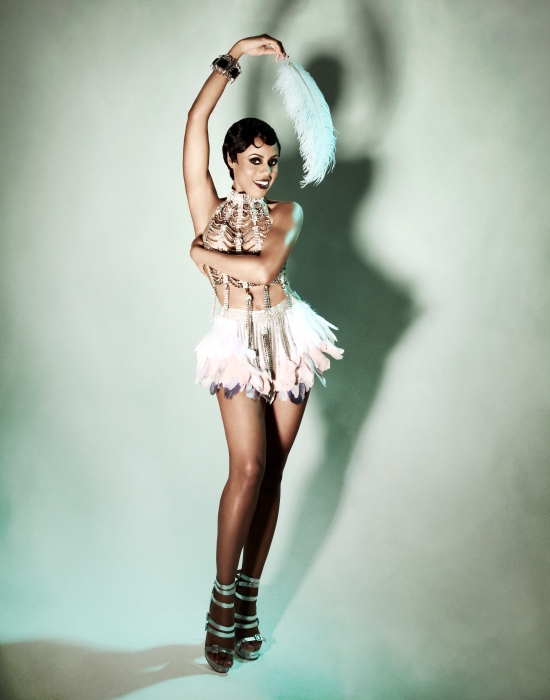 Grammy-nominated singer Deborah Cox, a star on the pop and R&B charts and in the Broadway revival of “Jekyll & Hyde,” plays Josèphine Baker in original musical that is presented at the Asolo Repertory Theatre in 2016. Mike Ruiz Photo/Provided by Asolo Rep

Behind the scenes with the spellbinding Deborah Cox

Wow Miss Deborah looked FABULOUS!!!! The hair, makeup, her wardrobe and of course the Mike Ruiz photos look fantastic!! Mike, Sam, Oscar….awesome talent, all of you.