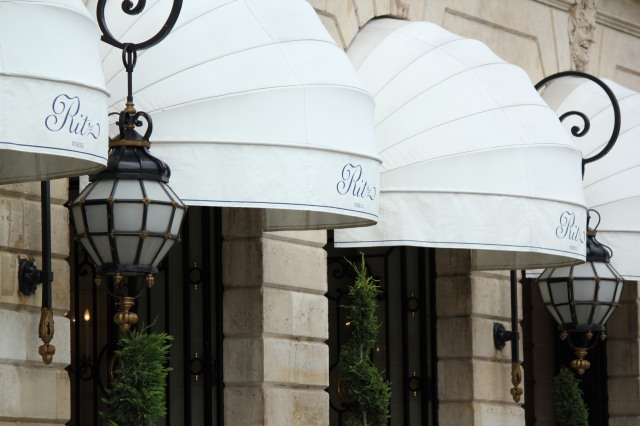 The Ritz Hotel in Paris at the Place Vendôme, is arguably a museum in itself with all the clandestine history that went on behind those doors, but it turns out the hotel has been hiding one very expensive piece of art history in particular all these years, not in a dusty attic but in Coco Chanel’s former suite no less.

As you might be aware, in the summer of 2012, the Ritz closed for the first time since César Ritz opened the hotel in 1898, to undergo a two year renovation project. All the furniture and valuables of the hotel are being stored in a secret location until the project is complete. But before the hotel’s contents were removed, a large-scale inventory was conducted before closure. 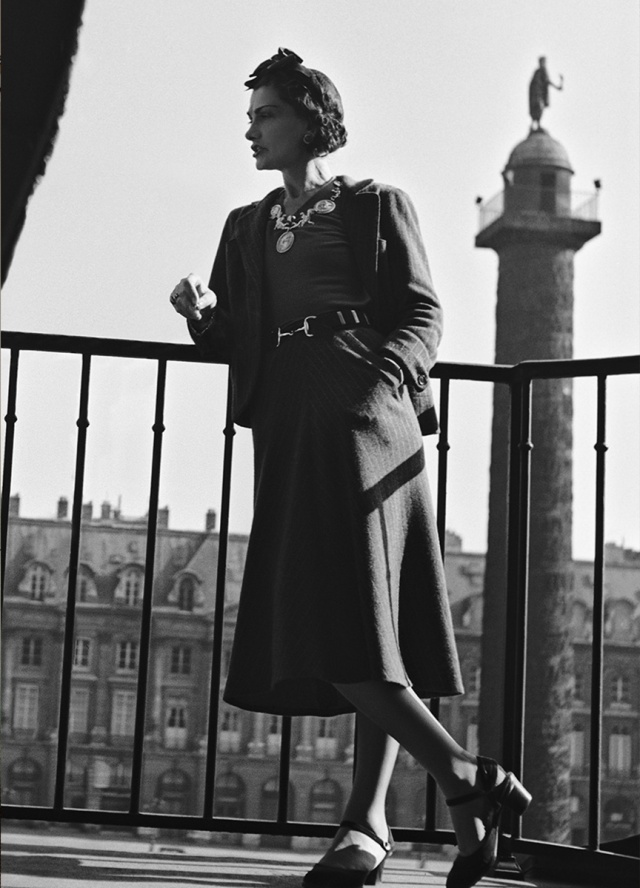 A room with a view: Coco Chanel at her rooftop apartment at the Ritz, Paris

When the inventory team began accounting for the opulent furnishings of the famous Coco Chanel suite, where the designer called home for 37 years until her death in 1971, a painting in the drawing room caught the undivided attention of the hotel’s art advisor, Joseph Friedman.

“When I saw this painting in the suite, I had to take a step back. It had a very powerful impact,” Mr. Friedman, former curator of the Duke and Duchess of Windsor’s residence in Paris, told the Agence France Presse. “The use of colour and the movement are remarkable. It was clearly the work of a major 17th century French master.” 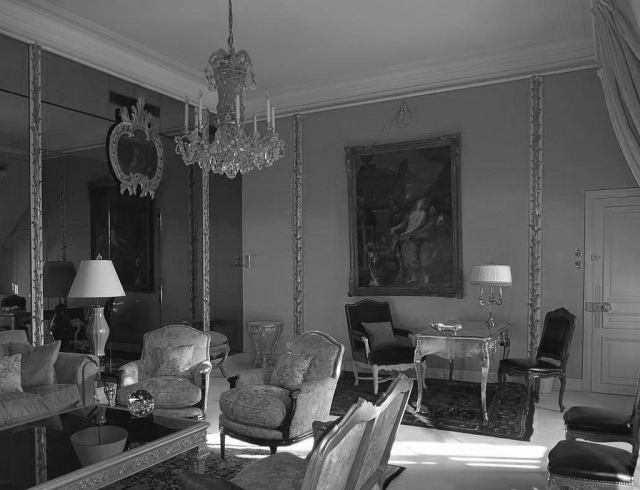 Coco Chanel Suite 302, The Ritz, Paris, with The Sacrifice of Polyxena hanging on the wall

The ‘mystery’ 17th century painting hanging on the drawing room wall of Coco Chanel’s suite, Friedman’s colleague found the initials CLBF and a date, 1647, but the mysterious tableau depicting the ritual slaying of Trojan princess Polyxena had no record of purchase or installation in The Ritz archives, much less any information about the work.

Olivier Lefeuvre, a Christie’s France specialist of the 17th century spotted the painting hanging in Coco Chanel’s suite a month before the hotel’s closure and instantly recognised it. “I thought it was a Le Brun straight away,” he said. “It was very well preserved. It was really quite moving.” 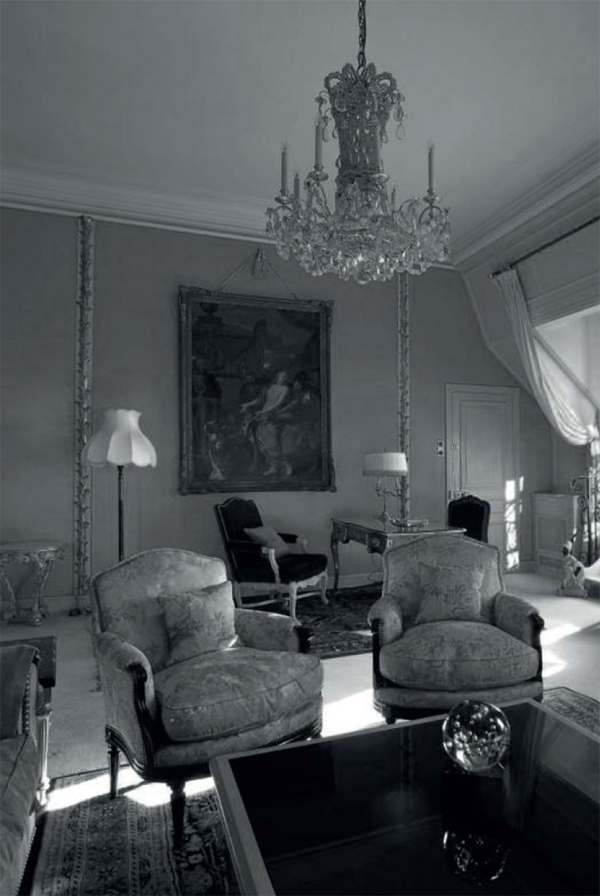 Coco Chanel Suite 302, The Ritz, Paris, with The Sacrifice of Polyxena hanging on the wall

The initials stand for Charles Le Brun Fecit, Charles Le Brun being a dominant figure in 17th-century French art, and declared by many as ‘the greatest French artist of all time’. Fecit is a latin word that previously appeared on works of art next to the artist’s name, meaning ‘he (or she) made it’.

“The influence of Poussin is obvious,” says Friedman, referring to LeBrun’s works which were notably often inspired by the master of baroque art, Nicolas Poussin. And although experts have not found any contemporary record of the painting, the oil painting has been officially identified as an early work by Le Brun  (1619-1690), making it more than 400 years old. “No-one is in any doubt that it is a genuine Le Brun,” according to Friedman. 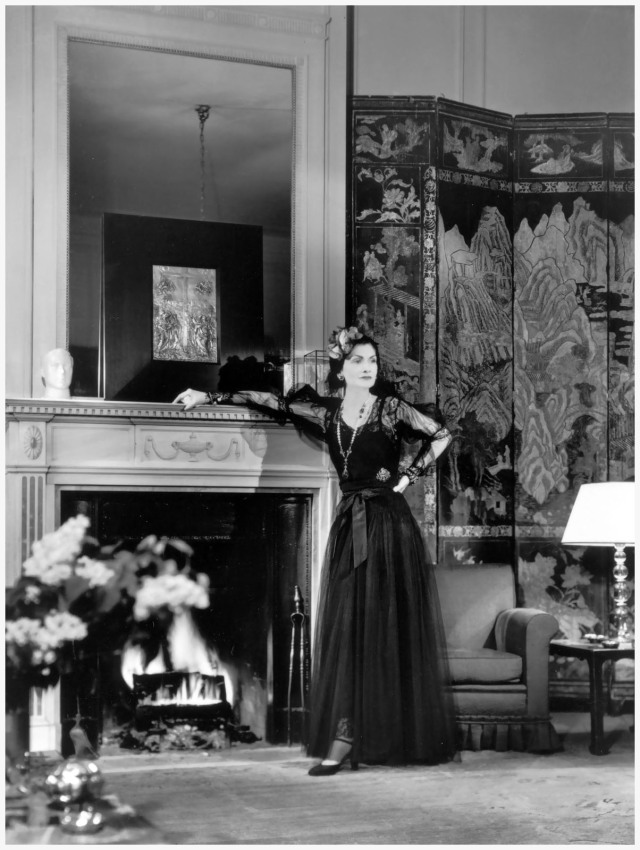 Gabrielle ‘Coco’ Chanel in her suite 302, at the Ritz hotel in Paris 1937, published in Harper’s Bazaar in 1937, this photo was chosen for the Chanel No.5 advertisement.

Dubbed by Christie’s as The Sacrifice of Polyxena, the painting has been hanging in Coco Chanel’s suite for decades, if not longer. Nobody knew it was there or even existed. Since there are embarrassingly no records for it, it’s anyone’s guess how it got there. Perhaps Mademoiselle Chanel herself could have brought it in quietly during the German occupation of Paris. Coco lived at the Ritz throughout World War II. She also had highly questionable relationships with the Nazi’s who were notorious for looting valuable art collections belonging to wealthy French (Jewish) families as well as major museums. 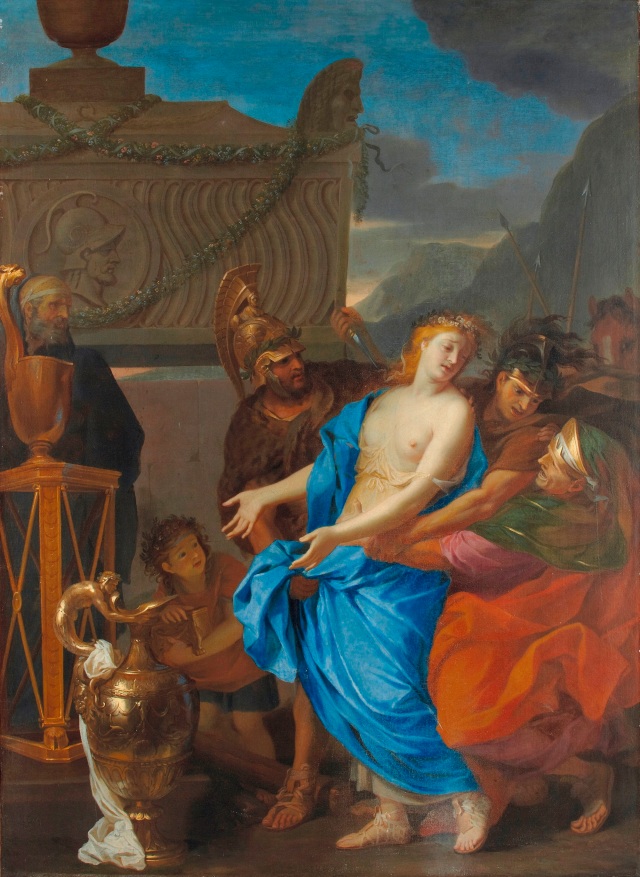 The Sacrifice of Polyxena

Or it could have already been on the premises when César Ritz purchased the property– although the fact that the original 1705 building was so extensively rebuilt during its conversion into a luxury hotel would make the latter hard to believe.

But even harder to believe is that after Chanel’s death when an expert inventory team no doubt went through the three room suite with a fine-toothed comb, the 17th century masterpiece hanging right in front of them on the wall went ignored.

Shocking still, before the suite was reopened to the world’s elite at €10,000 a night, art historians and interior specialists as well as Karl Lagerfield had even been called in to recreate the world Chanel lived in and to actually research the original furniture, decorative objects, the fabrics, even the wallpaper– and still no one noticed the paining staring right at them.  Perhaps if any of the wealthy guests over the years had possessed some real artistic knowledge, they would have made an offer on the painting at reception. 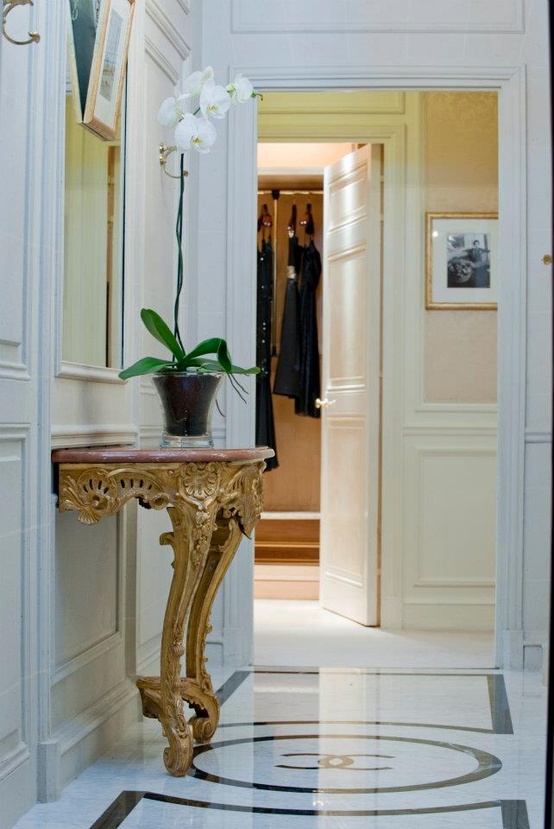 No one did, and today the painting by Charles Le Brun has a pre-sale estimate of €500,000. It will go on display in New York temporarily and be auctioned by Christie’s in Paris in April, where the money raised will go to a foundation established by businessman Mohamed Al Fayed. Mr. Al Fayed is of course the owner of the Hotel Ritz, who set up the charitable foundation in memory of his son Dodi, the late boyfriend of Princess Diana. They dined together at the Ritz just before their fatal car crash in 1997. “Mohamed Al Fayed decided to sell it because he thinks its quality means it should be in a museum,” Friedman said. “It deserves to be part of a major collection.”