An oriental perfume that dares to free itself from floral codes for a femininity full of strength and authenticity.

This new edition perfume is infused with a freshly salty/sweet aroma to make it more lingering and more summery. The composition of a strong character invites us to write our own rules, with a focus on clear expression, to show who we really are. Our power, to show it to the world.

Kenzo World Power is giving specific contrasts: bitterish, sweet, and gourmand. In the opening, cypress plays a major role; it is borrowed from a masculine olfactory wardrobe, giving this female composition an aromatic and spontaneous opening. In the core of the composition are salt crystals that form special nuances toward the gourmandish and with almondy tonka beans in the base, to make it a daring, fresh and light fragrance to be worn during the day.

Kenzo World Power preserves the same bottle shape as the previous editions, this time with a body of transparent glass and sunny and bright yellow liquid inside. It was created as an ode to diversity and freedom.

After the Original Kenzo World from 2016 and Kenzo World Intense from 2017, fashion designer Kenzo launches a new freshly version of its popular World perfume with a fruity/floral aroma, Kenzo World Eau de Toilette.

Kenzo World Eau de Toilette, the sparkling fragrance for a woman who does not take herself too seriously. This lingering fragrant trail led like a burst of laughter by the perfumer duo, Francis Kurkdjian and Maïa Lernout, offers an amazing fruity floral accord between sparkling pear, luminous peony and almond blossom, and feminine orris.

A definitely feminine bouquet smiling at life. Kenzo World Eau de Toilette, the fragrance for a joyful and mischievous woman. American actress Margaret Qualley is the face of the new perfume that is described as elegant and feminine with an air of romance.

“This is a fruity, floral, vibrant flight of fancy to which pear brings lightness and enticement”, states perfumers Francis Kurkjian & Maïa Lernout. 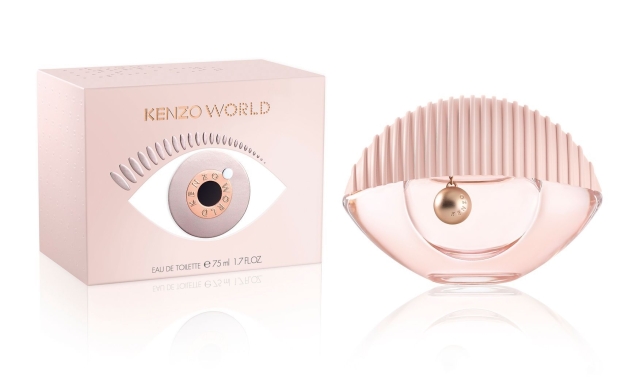 Kenzo World Eau de Toilette comes in the same bottle shape as other World perfume editions – the bottle symbolizing an eye colored in a beautiful pale pink color. It is available in 30, 50 and 75ml Eau de Toilette.

Fashion house Kenzo is launching a new perfume for women, World Intense – flanker to last year’s Kenzo World, which came out as the first fragrance led by the new creative directors of this fashion house, Humberto Leon and Carol Lim. Humberto Leon described the new edition as a gourmand floral explosion in a strong bottle, expressing the duality of a Kenzo woman.

Created Maïa lernout as a sweet, rich, and gourmand perfume, Kenzo World Intense opens with plum notes along with floral accords of peony and jasmine calmed on a sweet vanilla base.

Kenzo World Intense is described as a gourmand floral perfume with an elegant femininity that ideally portrays the real Kenzo woman. The bottle is in a darker turquoise shade, with details of black rubber and rose-gold colored metal. The gommato stopper is inspired by the design of the Kenzo Kalifornia bags, while the whole design evokes the ‘The Eye’ jewelry collection. 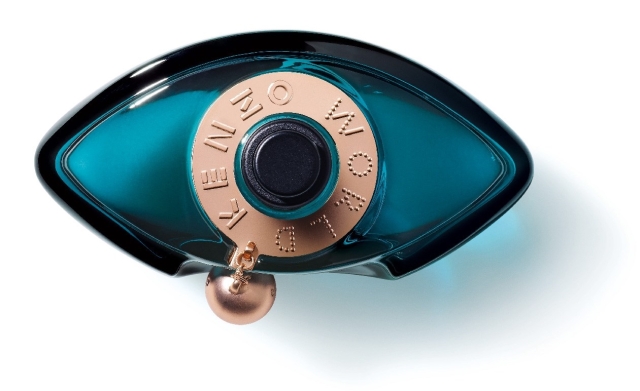