The voyage is the destination.

At 24 , rue Cambon in the city’s first arrondissement, Memo Paris has found a haven of marble, embossed leather and perforated brass.

In collaboration with India Mahdavi, the travel theme is played out in a truly Parisian location. Travel trunks sport white, abstract flowers, while the wall motifs and resin finishes echo the rich, graphic designs of the fragrances.

Like an Orient Express train gone astray in the French capital, the window display is an invitation to a moment suspended in time, happily lost in a profusion of materials and utter refinement.

Architect and designer India Mahdavi is like her style: polyglot and polychrome. In strong resonance with the poetic world of Clara and the journeys of Memo, together they imagined a luxurious haven somewhere between a train state-room and a stopover, where one pauses for a moment to muse over the next olfactory destination: Siwa, Granada, St-Moritz? The possibilities are endless.

The choice of neutral tones provides the ideal backdrop for the materials, textures and motifs to bring the scented tales to life. Cuirs Nomades and other delectable fragrances chart the course of an elegant globetrotter who has found the perfect place to hang her hat on Rue Cambon. 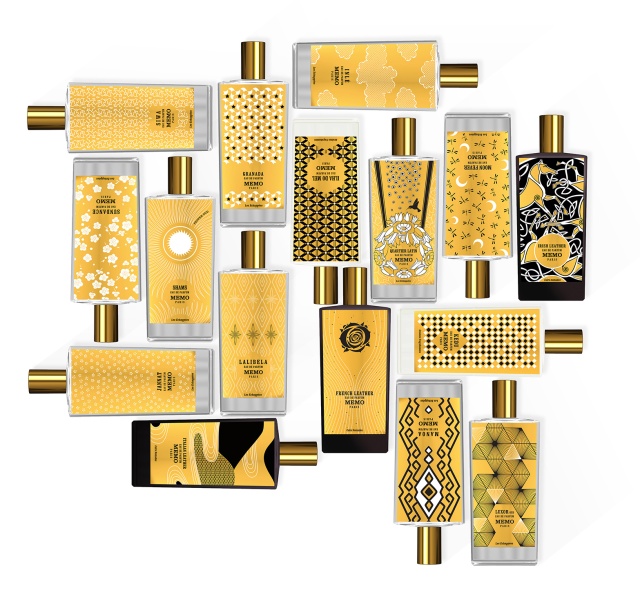 Each Memo fragrance is an invitation to a treasure hunt, taking your senses along scented tracks that lead to creative and modern perfumery, using the rarest essences.
Created in Paris, Memo fragrances invite you on a spiritual, intimate and intriguing journey. They share three values: an instinct for celebration, which gives them spontaneous cheerfulness, a pronounced love of travel to exotic and strange lands, like a gateway to inner adventures, and an inclination for dreams.

Clara and John Molloy, the founders of French Maison Memo, met on a chair lift, between sky and earth, between two worlds, in that weightless space that brings out one’s daring side and broadens horizons. It wasn’t long before they decided to set off together on a creative journey. Memo, which they launched in 2007, was part of the adventure: a collection of scents from afar, it takes a destination and makes it the point of departure for a sense-awakening epic.

Fragrance kindles an excitement similar to that of a journey, and for the Molloys, and for Memo, the journey is the destination.

The name of the French Maison, Memo, comes from Memory. Olfaction is our most archaic sense. One of the first we explore as human beings. It’s link to our sensations of space and time, it is something that has not been totally discovered by scientists. Perfumes have a strong connection to your soul, to your inner self… A fragrance can reveal you, transform you, it is far more powerful than people usually think. With Alienor Massenet, nose of the Maison, they see fragrance as a means of taking a magical journey, extended beyond its end and constantly re-traveled.

The charm and chic of France are reflected in the new edition of the Memo Paris collection, the key notes of which emphasize playfulness, nonchalance, and sensuality. The most prominent notes of the composition contribute to harmonious balance of sparkling and fresh chords of lime, rose water essence, and soft and cozy suede.

The new unisex fragrance French Leather belongs to Memo’s Cuir Nomades collection, which was launched in 2013, and which comprises Irisch Leather and Italian Leather fragrances, which were introduced last year. Memo French Leather celebrates the note of leather over again, but this time in a subtle, soft and fresh way. In addition to lime, rose water essence and suede, the composition blends pink pepper, juniper, clary sage, cedar, resin, vetiver, and white musk. 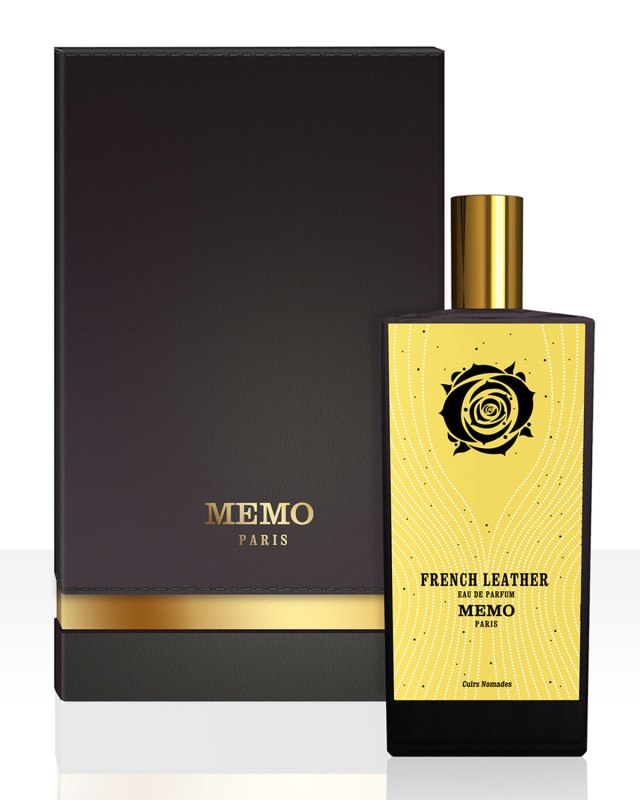 Memo French Leather comes in a dark, elegant flacon embellished with gold-colored details. The flacon of recognizable shape is made of dark glass, and it has a gold-colored plate on the front, decorated with a stylized rose illustration.

Memo French leather is available as 75ml at Memo boutique, Paris and selected stores. Come into the beautiful world of Memo Paris.

Memo Granada is also blending heliotrope, musk, vanilla and dark woody notes. It can be an ideal perfume gift for the upcoming holidays thanks to its effective and alluring design. 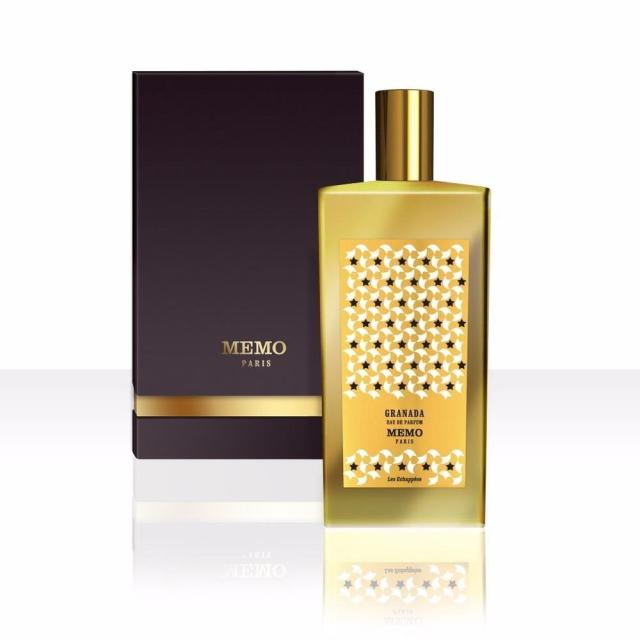