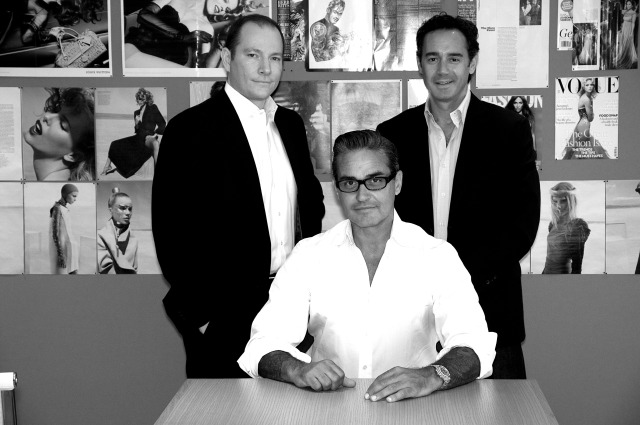 Back in 2008 when hairstylist Oribe Canales, who can count on Karl Lagerfeld and Gianni Versace as mentors and who has Anne Hathaway and Jenifer Lopez as client – to name just a few – first launched his haircare line, which featured a memorable striking scent, co-founder and president Tev Finger thought the fragrance would have a negative effect on sales… oh..boy was he wrong!

Fragrance was never intentional in hair care. It was technically a generic second thought

The luxury haircare brand are taking the beautiful scent that has come to be known of their opulent hair products and bottling it – quite literally. The debut unisex fragrances have been created alongside Jerome Epinette and Pierre Wulff of Robertet and consist of the already iconic Côte d’Azur scent – which permeates the majority of its shampoos, conditioners and styling products – along with Silver Pearl.

I always felt that fragrance was a major ingredient that was missing in luxury hair care. Scent is such an important aspect of who we are and how we respond to things.

The citrus floral Côte d’Azur fragrance features top notes of fresh lemon, blackcurrant, Calabrian bergamot, plum and Sicilian orange; over a heart of tuberose, white butterfly jasmine, blue cyclamen and a drydown of sandalwood, vetiver and crisp amber. Silver Pearl, which is described as ‘a green fougère’, consists of top notes that include green fig, bergamot, and fresh mint; atop a heart of lavender, geranium, bamboo accord and water lily, with a base of black amber, dewy violet and leather accord.

Côte d’Azur and Silver Pearl Eau de Parfum sprays, each 50 ml. for $85, will launch this coming September across 1,400 salons.

More about these fragrances soon here on Yakymour…

Who would have guessed that the next hair legend would be the one-time ‘bad boy’ from Cuba with the movie star good looks and the tattooed sleeves? Today , one can’t really know fashion without knowing Oribe. It seems as though Oribe has been there for some of the most important milestones of the past 30 years, from being one of the first American hairstylists to style the European collections to working with photographer Steven Meisel and makeup artist Francois Nars on the invention of the supermodel and the rise of one-name wonders like Christy, Linda and Naomi.

Oribe’s work has graced the runways of nearly every well-known designer and the covers of almost all major magazines around the world, as well as several international ad campaigns and commercials. His collaborations include countless photographers such as Irving Penn, Richard Avedon, Mario Testino, Helmut Newton, Herb Ritts, Annie Leibovitz, Patrick Demarchelier and Bruce Weber. And then there are all the models, celebrities and icons that Oribe helped transform throughout the years. Oribe is always in the right places with the right people at all of the right times – read on to discover his story 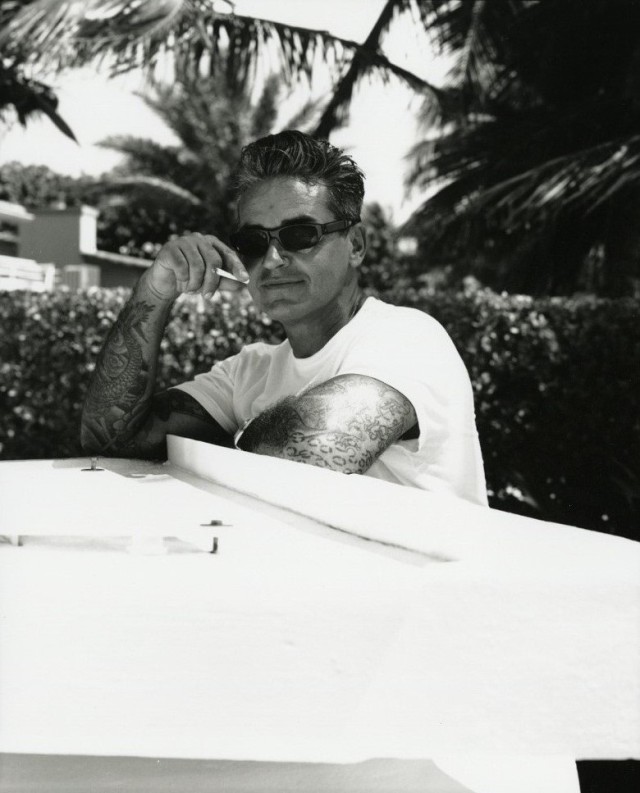 It all began for Oribe in the late ’80s with an era-defining partnership with Meisel, a magical combination that demanded notice almost immediately. It can be said that, during that time, Oribe brought back the wig (after Diana Ross taught him how to properly secure one), made wild colors en vogue and started the trend back to rollers.

His work in the early ’90s with Gianni Versace demonstrated a shared love for Miami decadence and led to powerful imagery that is now iconic. He was also known during that time for the Oribe Agency, which represented future beauty heavyweights including Laura Mercier, François Nars, Kevin Mancuso, Bobbi Brown, Serge Normant, Danilo and Jimmy Paul.

In 1991, Oribe made news when he opened his palatial Fifth Avenue salon at Elizabeth Arden in New York City. In 1992, he received the honor of being asked by the Metropolitan Museum of Art to design hairpieces from raffia and papier-mâché for the reopening of the Costume Institute galleries, a sculptural mission well suited to his artistic hand. Oribe spent months completing the wigs, which went on mannequins specially designed in Christy Turlington’s likeness. It was a refined expression of the masterful underpinnings of his fashion work. 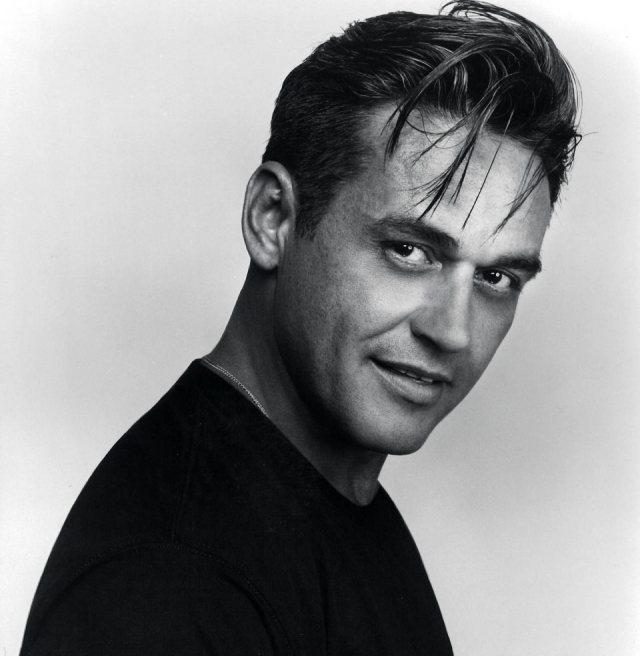 In 1992, The New York Times noted that runway hair, once designed to show off clothes, had itself become a big deal. The occasion was a Chanel show at which the deliberately disheveled hairstyles created by Oribe – already a lauded ‘top stylist’ and ‘hair maestro’ – received as much attention as the clothes.

All Karl Lagerfeld, the designer, asked me to do was make the girls feel beautiful. And they did.

In 1997, Oribe’s focus turned from fashion to the new faces of fashion: celebrities. This shift came via a new face to the music scene, Jennifer Lopez, who called for Oribe after a childhood spent reading his name in fashion magazines. He accompanied the rising star to Miami to shoot the cover of her first album, On the 6, for which he lightened her hair and pulled it tightly over a wig into a long ponytail. It was a done deal – Sean Combs, her boyfriend at the time, told Lopez not to let Oribe get away, and she didn’t. Oribe worked with her during her meteoric rise (when he created the JLo persona with her) and at the heights of her millennial celebrity. 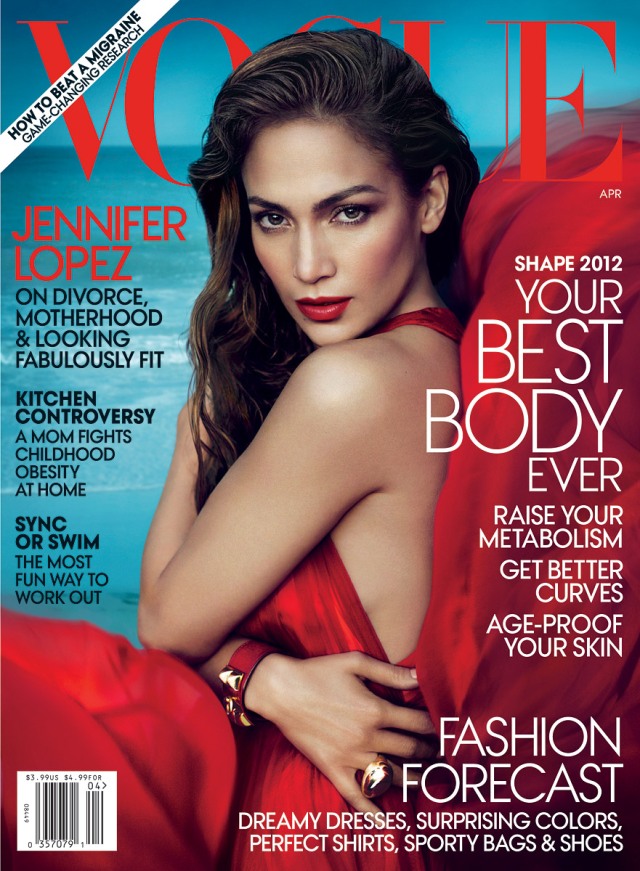 Lopez was excited by fashion and dared Oribe to translate his editorial sensibility for her, creating a new vocabulary for the masses (the last pop star with comparable influence willing to represent the extremes of high fashion was Madonna). For example, Oribe had full license to create the outrageous permed wigs Lopez wore for her ‘Play’ video and NBC concert special. And while most of Hollywood was feeling glamorous in wedding hair at the Academy Awards in 2002, Lopez arrived with classic Oribe ‘over-the-top sexy 60’s fashion scary hair’, as he describes it. Many critics panned the hyperbolic bouffant, but Lopez had the good taste to absolutely love it. Lopez was everywhere and so was Oribe. The two continue to collaborate nearly two decades later.

Oribe is always where the news is occurring. While working on the winter 2003 Louis Vuitton campaign, Oribe met the photographers Mert Alas and Marcus Piggott. They were leaders of a new generation of hyper-fashion image makers who recognized Oribe as the perfect creative accomplice. Together Mert and Marcus and Oribe captured Kate Moss as Marilyn Monroe for W. Then, after a Giorgio Armani campaign shoot with the model Agyness Deyn, they shot the rave-inspired cover story for Katie Grand’s style magazine Pop with Oribe giving Deyn’s signature pixie cut a sparkling metallic makeover brushed into shapes usually reserved for video game characters.

Throughout the past 15 years, Oribe has continued to set new standards in his craft, with countless covers of Vogue around the world, red carpet work with nearly every A-list celebrity and ad campaigns for celebrated brands such as Louis Vuitton and Dolce & Gabbana. His current salon off fashionable Lincoln Road in Miami attracts a ‘who’s who’ of clients and employees many of the hair stars of tomorrow.

In 2008, Oribe took his 30-year heritage of hairdressing and his love of glamour and individual beauty and translated it into the collection of products he always imagined and envisioned—a range grounded in old-world hairstyling and blended with new-world technology and the finest ingredients. The end result was an edited line focused on the needs of the most discriminating people: Oribe, his clients, his peers and anyone who believes in elegant beauty, high performance, handcraftsmanship and luxury. Oribe loves what he does and does it passionately, continuing to invent and reinvent. Perhaps more in demand as an editorial stylist than ever, Oribe is constantly building his body of work and strengthening his influence on the hair and fashion that defines generations.