The famous Montblanc Legend fragrance goes red as it celebrates its 10-year anniversary and returns in an iteration, bolder and more determined than ever. Symbolizing diverging emotions, red inspired this Eau de Parfum that captures all its complexity and masculine intensity.

There is no color more intense then red. Endless source of inspiration, it has since become a signature Montblanc colour carried down through the years, across collections from writing instuments, to leather goods, and now a fragrance with the introduction of Montblanc Legend Red.

Montblanc Legend Red opens with a burst of blood oranges and zesty grapefruit, combined with a spicy touch of cardamom. The heart reveals the intense aromatic harmony of juniper berries and clary sage, strengthened with cedarwood, while the trail of mahogany, tonka beans, and Atlas cedar form the base of the fragrance. A charismatic woody fragrance, fresh yet intense, bold yet sensitive, the olfactory experience evokes the thrill of speed and makes the heart beat a little faster.

Bearing classic Montblanc hallmarks, the original design of the flacon has become as legendary as the fragrance itself, with its curved solid shape and voluptuous smoothness reminiscent of the sensory writing experience of the iconic Montblanc Meisterstück pen with its signature lacquered surface. In its new iteration, the intensity of a red lacquered finish contrasts with a silver top to create a sleek, chic and modern look

British model Simon Clark, Legend’s muse for ten years is photographed in black and white by Peter Lindbergh. “Reinforcing the power and timeless character of Legend. Masculine, serene and elegant, Simon embodies the next chapter of Legend with authenticity and confidence”, according the brand.

Montblanc Legend Red is available as a 30ml, 50ml, and 100ml Eau de Parfum at selected stores worldwide. Come into the beautiful world of Montblanc. 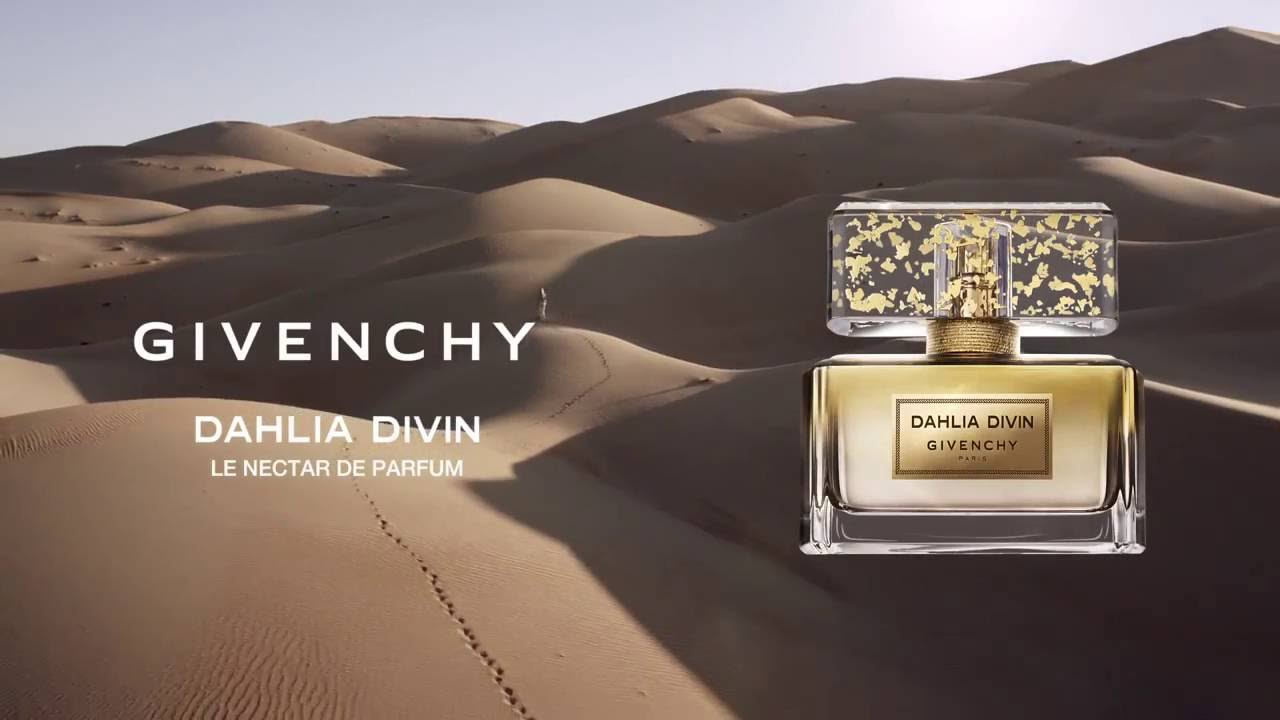 It is in my opinion, a younger, more playful take on the original scent but still possesses the same enchanting and feminine aura. Dahlia Divin Le Nectar de Parfum represents the luxurious, haute couture version of the fragrance, a symbol of gold and femininity, announced as ‘the elixir of divine potency’. The composition is developed by François Demachy who focused on golden flowers of mimosa which brings their unique signature to the scent. Sambac jasmine, present in all the Dahlia Divin creations, is complemented by sensual and elegant rose. The floral heart is supported by the woody base of almost creamy vetiver, sandalwood, tonka bean and lavish vanilla musk.

This beautiful perfume is stunning both outside and within. Housed within the same rectangular bottle as the original, the bottle is made of lacquered glass in shades of gold, adorned with gold thread around its neck and with an engraved gold plate that bears the name of the perfume. The transparent bottle holds fragments of gold leaves.

She’s a goddess of our time – an icon.
An apparition so luminous, so fascinating and charismatic that her presence feels like radiant sunshine – her absence, an eclipse.
She is the woman with the dazzling aura, celebrated by Dahlia Divin since its creation.
More precious, more legendary than ever…

Model Candice Swanepoel replaces singer Alicia Keys as the embodiment of a Dahlia Divin woman in the new campaign. The promotional video is directed by Gordon von Steiner, with the visual campaign shot by Peter Lindbergh.

It is undeniably feminine and I adore its subtle, delicate sweet undertones. The fragrance is available in three sizes, a 30, 50 and 75 ml Eau de Parfum Intense.

Eric Bourne (right), a Midland, Michigan native, and his husband Thomas Trube were the models for Tiffany & Co.’s latest marketing campaign. It’s the first ad for the famed jeweler to feature a same-sex couple.

A highly publicized advertisement for famed luxury jeweler Tiffany & Co featuring a Michigan native and his same-sex partner has been named one of the top LGBT-themed advertisements ofthe year. The two men depicted in the ‘Will You?’ campaign are a real-life couple. The new campaign comes at a time when public support for gay marriage has reached a new high.

The campaign was shot by fashion photographer Peter Lindbergh and features six other couples. The ads are meant to broaden the 178-year-old jeweler’s portrayals of marriage, Tiffany & Co said. For example, another pairing shows a couple with their child during their wedding, a nod to people who have children outside marriage.

Nowadays, the road to marriage is no longer linear, and true love can happen more than once with love stories coming in a variety of forms. The Tiffany engagement ring is the first sentence of the story that a couple will write together as they create a life that is deeply intimate and exceptional, which is the message we hope to convey through this campaign.

The ad, which features the men sitting on the steps of a New York City brownstone in the West Village, went public in January. The black-and-white ad shows Bourne and Trube with arms linked together and reads:

“Will you promise to never stop completing my sentences or singing off-key, which I’m afraid you do often? And will you let today be the first sentence of one long story that never, ever ends”

Eric Bourne and his partner were the only actual couple in the entire campaign, which featured seven different couples, covering the gamut of marriage.

The campaign is all about the nontraditional marriage and how love and marriage follows its own journey. To be part of that is really exciting

In recent years, several other major fashion companies have also featured same-sex couples, including Benetton, Gap, Banana Republic and J. Crew. I think this Tiffany & Co ad really promotes the beauty of marriage, no matter the gender. I hope this ad encourages other companies to support same-sex marriage. I think it’s great that a huge, iconic and traditional company like Tiffany & Co is recognizing homosexual couples.  Also because no other brand embodies the emotion and trust that Tiffany & Co does for those who are committed to one another.

From its latest All Stars campaign to its iconic status as the ultimate beauty product in every skin ritual, here’s why we love Lancôme’s Advanced Génifique.

When French Maison Lancôme released its first anti-aging serum that paved the way to scientific research in cosmetics, the Génifique flew off shelves so quickly that it soon became an emblem of their skincare line. With four bottles sold every minute, the serum became Advanced Génifique in 2013 with an optimised formula and self-loading dropper. Here are a few good reasons why it’s on our anti-aging products must-have list.

The empowering All Stars campaign behind this serum

With Hollywood starlets Penélope Cruz, Lupita Nyong’o (photo), Kate Winslet and Lilly Collins as the Maison’s newest ambassadresses, the campaign, shoot by Peter Lindbergh,  focuses on the ‘Aura of Youth’ – an intangible personal glow that emanates from within, transcending age and ethnicity. By advocating the beauty of being yourself, the campaign draws attention to Lancôme’s Advanced Génifique as a symbol of universal beauty beyond surface level.

The serum’s active ingredients include antioxidant vitamin C which is known to help improve your skin’s collagen production while minimising the look of pigmentation. It also contains bifida ferment lysate, a type of yeast, that also has antioxidant benefits; hydrating glycerin; skin-plumping hyaluronic acid and adenosine, a good anti-inflammatory.

Advanced Génifique’s effects on the skin

Expect an increase in your skin’s luminosity month by month after using this anti-aging serum, according to a study done on a group of 37 people for two months. With a lightweight, (very) fast-absorbing texture, the concentrate leaves your skin softened with a plumped sensation.

Come into the beautiful world of Lancôme. 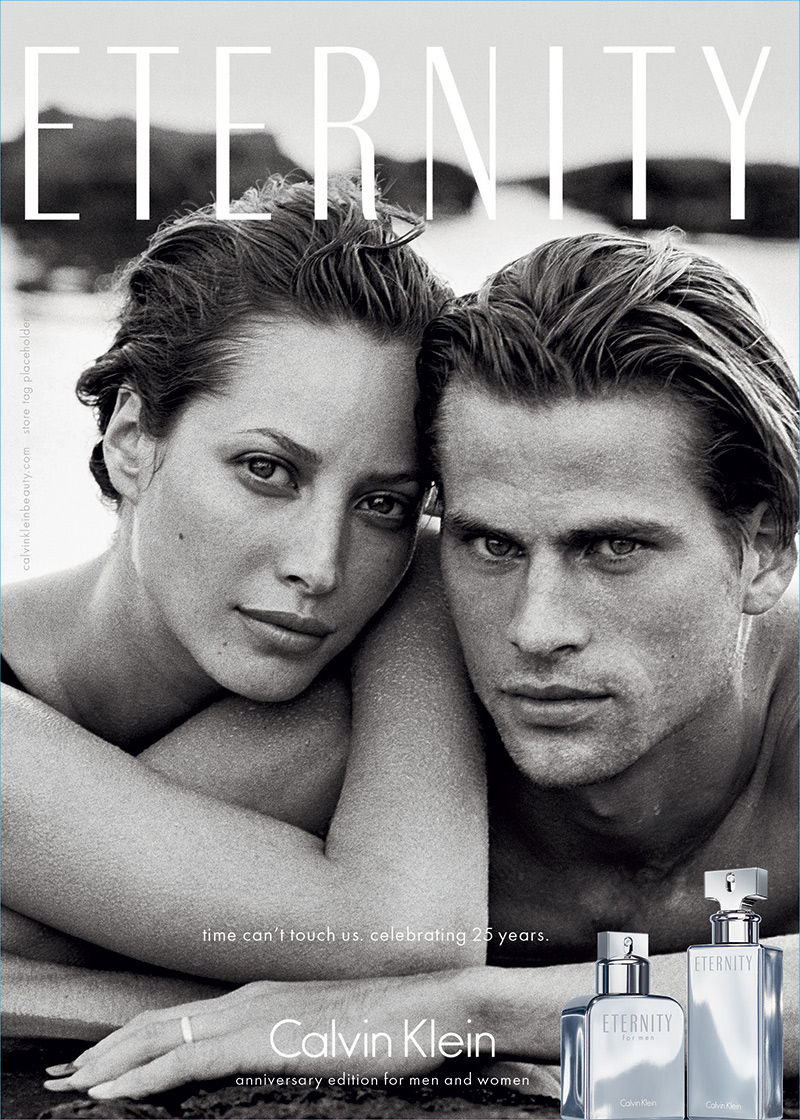 Calvin Klein Eternity, launched in 1989, has become an iconic and lasting signature fragrance throughout the world – beloved, classic and timeless.

As long as intimacy goes on, so will Eternity

In 2014, Calvin Klein Eternity celebrates its 25th anniversary with the introduction of exclusive limited edition bottles filled with the signature fragrances for men and women. The commemorative pieces are elegantly expressed with a polished silver finish, to reflect lasting love and commitment. 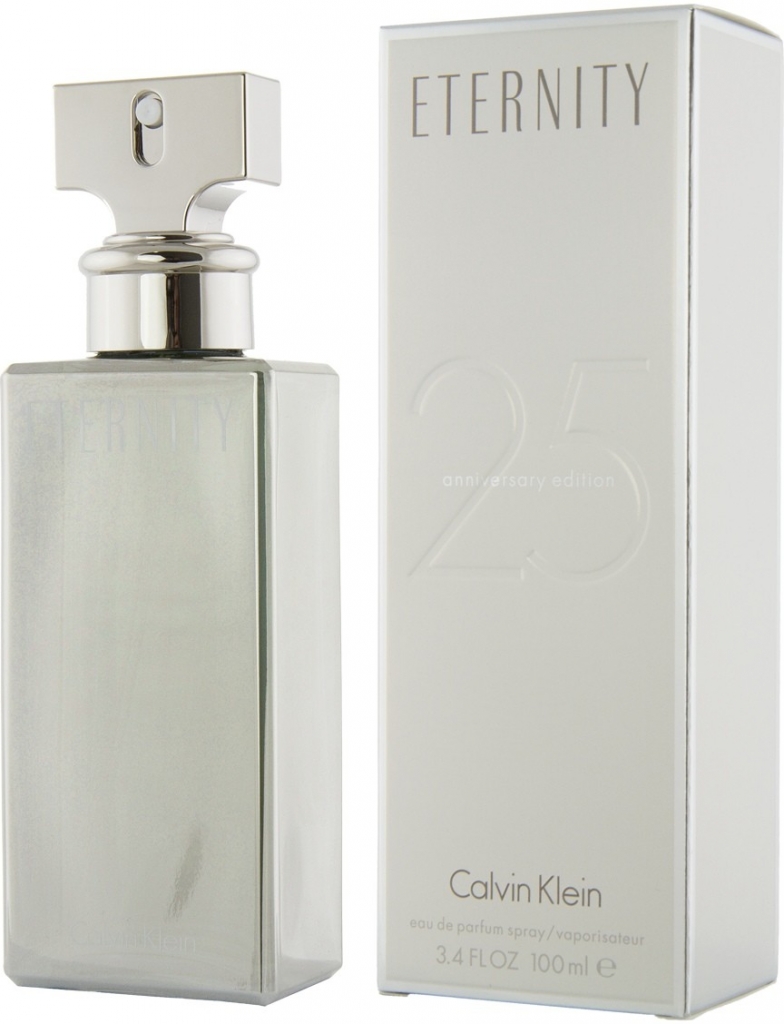 Calvin Klein celebrates 25 years of its Eternity fragrance by re-releasing its iconic 1995 ad campaign starring supermodel Christy Turlington and Mark Vanderloo. The romantic image of the couple on the beach is shot by Peter Lindbergh and launches a special 25th anniversary edition bottle cast with a silver metallic finish.

Italian jeweler Bvlgari launches a new extremely sensual and classical masculine fragrance, Man Extreme. Bvlgari Man Extreme is the new flanker to Bvlgari Man released in 2010. The new fragrance will bring an air of elegance and precious moments. Also, it aims at modern men appreciating lavish and expensive things. Man Extreme by Bvlgari will make any man noticed and charming.

Bvlgari Man Extreme will have a long-lasting, truly elegant and seductive aroma composed of luminous accords of pink grapefruit and Calabrian bergamot. The middle composition ideally balances top citrusy notes with cactus zest, freesia blooms, cardamom from Guatemala and warm amber along with base notes of Haitian vetiver, Laotian benzoin and balsa wood. Man Extreme’s delicate smell is created by perfumer Alberto Morillas, to leave behind a warm woody/citrusy aroma.

“I found Rome of brick and left it of marble”. This is what Caesar told Augustus in the last period of his life and such landscape Bulgari wants to evoke for its Man Extreme campaign. A landscape with a hero on the background on a quest to get in contact with strong emotions, face them and overcome them. As a matter of fact the set chosen is Rome, at the Museum of the Roman civilization and the hero opted by the italian brand is Eric Bana, who will meet three different enemies defeating them, embodied by the snake, the eagle and the lion.

Pictures where taken by Peter Lindbergh, but Italian director Matteo Garrone, acclaimed in 2008 for his Gomorra movie by critique and public, directed the 60-second ad, which features actor Eric Bana. Watch the beautiful video above.

Bvlgari Man Extreme will be available in two sizes, 60 and 100ml Eau de Toilette at selected stores worldwide. Come into the beautiful world of Bvlgari.