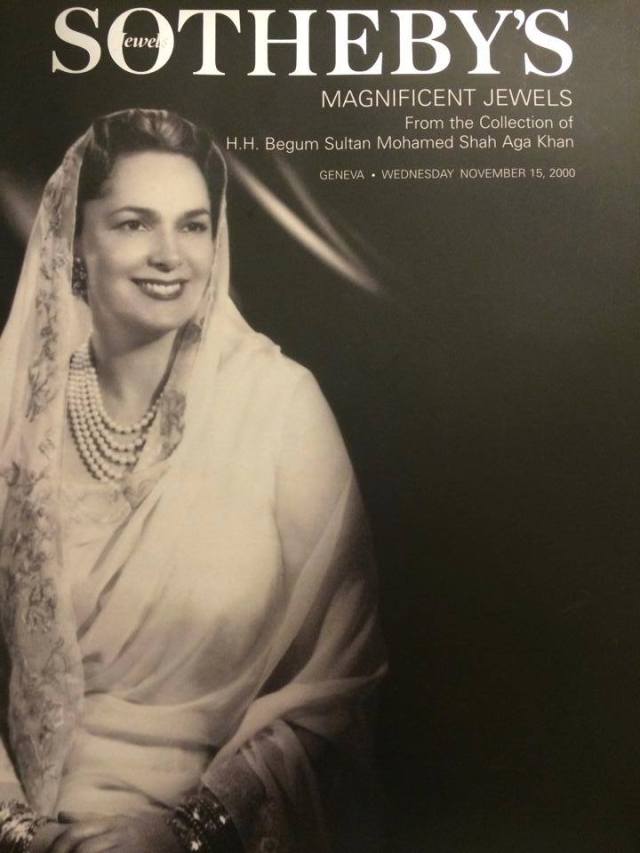 Born Yvette Labrousse in 1906 in Sete near Marseilles, France. Begum Om Habibeh was the fourth and last wife of the late Sultan Mohamed Aga Khan III, the 48 hereditary Imam of the Shia Ismaili Muslims in direct descent from the Profhet Muhammad through his cousin and son in law Ali and his daughter Fatima. The couple were married in Switzerland on October 9th, 1944.

The late Begum, following travels to Egypt, had already converted to islam before her marriage. Throughout her life she demonstrated a strong attechment to the faith and to its traditions of philantropy and concern for the less fortunate.The Begum took a particular interestin issues affecting woman and children’s welfare.

Following her husband’s death in 1957, the late Begum moved between Le Cannet, Paris, Geneva and Aswan. In Le Cannet she was held in particular esteem and was known for her generosity towards the eldery, through the establishment of a retirement home.

Before her death, the late Begum arranged that all her estate, other than certain bequests, be donated to the Aga Khan Foundation, Geneva, to the Bellerive Foundation, Geneva, and to her own Om Habibeh Foundation. Today, 15 years ago, on November 15, 2000 Sotheby’s held the auction of Her Highness’s jewels posthumously, with respect to her wishes. 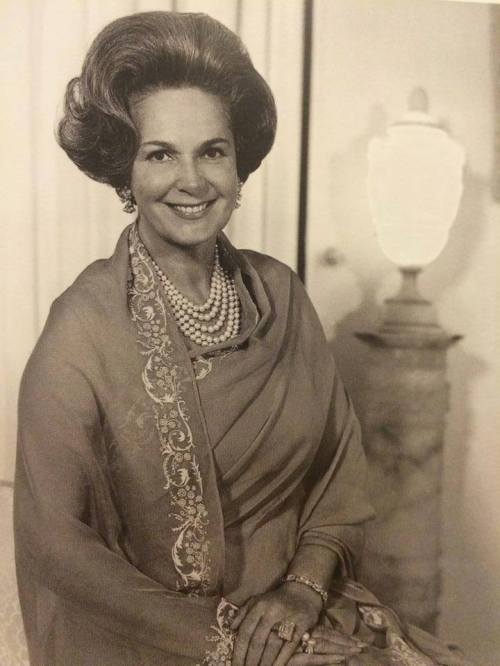 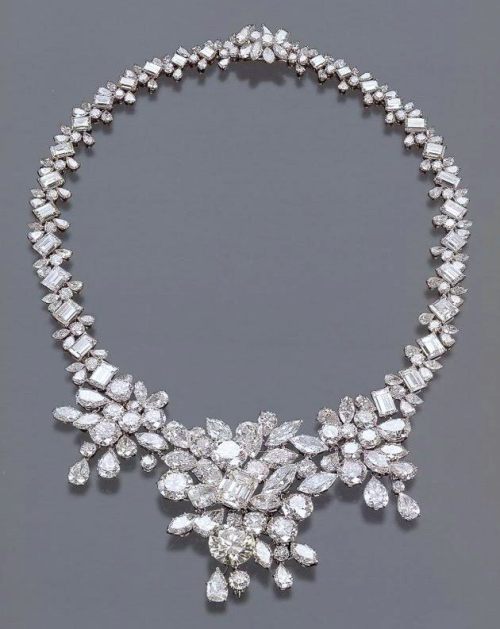 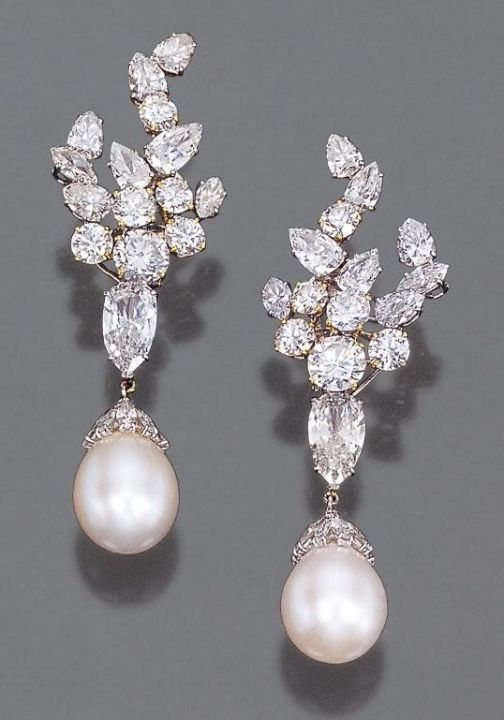 French fine pair of cultered pearl and diamond earrings. The cluster surmounts set with pear and marquise shaped and brilliant cut diamonds, each supporting a cultured pearl dropmeasuring approximately14.8mm in diameter, and are mounted in platinum and 18k gold. The pearl pendants are detachable. Her Highness the Begum was wearing them very often, in both ways, with and without its pearls. 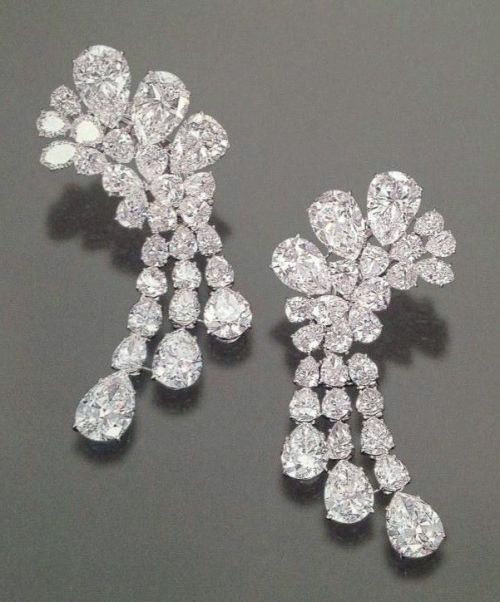 Another favorite pair of earrings for her where these pair of French diamond pendent earclips. The surmounts decorated with a cluster of pear and marquise shaped diamond, supporting tassels of graduated pear shaped diamonds. The clips are mounted in platinum

The auctions results totalled to SF41,249,800 – US$23,340,809 – £16,303,619 to benefit the aforementioned philanthropic in…stitutions in overseeing and supporting major international programs in health, education and rural development in some of the poorest regions of Central and West Asia and sub-Saharan Africa, as well as initiatives for the protection of the environment, conservation of natural resources and the safeguarding of human and animal rights.

Come into the beautiful world of Sotheby’s.