Yvette Labrousse never left her home without fist applying her lipstick. The Cannes-based miss France got her first tube of the red lip color from her mother. And it has since become such a big part of her identity that she even wears it while she was doing her job in her mothers shop.

It’s been called the red badge of courage, defined Marilyn Monroe’s unabashed sexuality and was a way for factory-working ‘Rosie the Riveters’ to hold onto their femininity while doing a ‘man’s job’. Its paradoxical history is long and colorful, but whatever the shade, lipstick has left its imprint on the cultural fabric.

So what is it that makes women coat their lips with crushed beetle guts and processed cow fat day in and day out? For Yvette Labrousse, it made her feel powerful in that time. Coloring her lips was the last thing she did before walking out the door to face the world. The click of the tube opening and closing gives her the comfort of routine. But it’s more than makeup, it’s a source of confidence, sensuality and sometimes even armor.

The intimate relationship between lipstick and ladies goes way back, to the Egyptians who stained their mouths with red clay and iron oxide. Over the centuries it has been seen as both an embellishment of the elite and a scarlet marker of sin. In the Victorian era, when femininity was linked to a childlike innocence and women were prized almost solely for their looks, crimson salves were banned in England. It wasn’t until the turn of the 20th century that lipstick came back into vogue. Pour yourself a drink, put on some lipstick and pull yourself together.

Pour yourself a drink, put on some lipstick and pull yourself together, Elizabeth Taylor, actress

Along with shattering countless other taboos, Hollywood also brought lipstick into the mainstream. While some women started secretly tinting their lips at home, actresses began coloring their pouts onscreen. And once Sarah Bernhardt, dubbed ‘the most famous actress in the world’, unveiled her red lips both on and off the red carpet, it was just a matter of time before others followed suit.

Until the early 1900s, lip salves were made primarily from carmine dye, extracted from dried insects, and applied with a brush. But around 1915 lipstick started appearing in cylindrical tubes, and within a few years everyone, from Estee Lauder to Elizabeth Arden to Chanel, was selling it. By 1936, the New York Times declared that lipstick was ‘as essential as clothes’ and ‘almost as vital as food’, and by 1940, 90 percent of American women wore it. “It wasn’t just lipstick, it was and is an icon,” says Veronique Vienne, a former art director and journalist for a number of American women’s magazines, including Harper’s Bazaar, Redbook and Elle. 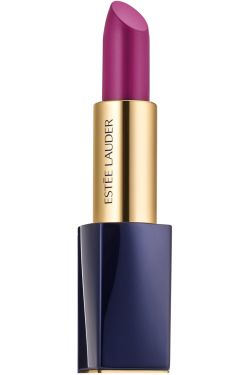 As fashion and makeup trends have evolved over time, so has lipstick’s composition and color palette. Most contain some strain of wax, oil, fat, emollient and pigment. In the past, cow brains were the fat of choice, because they were cheap and just the right texture. And emollient, which typically includes vitamin E or aloe vera, acts as a moisturizer. Tints are produced using a combination of plant, animal, mineral or synthetic dyes, and there is a dizzying spectrum of shades, from the classic Coco by Chanel to Urban Decay’s F-Bomb. But regardless of brand or shade, lipstick and its cylinder often evoke phallic symbolism: Think about its long, rounded shape that grows in size before touching your mouth …(Sorry, nothing I can do. This is what psychologists say!)

And yet it tends to be the first makeup accessory mothers give their daughters, and it’s a must-have for many women, even those who forego eye shadow and foundation. There’s simply no other beauty product that possesses its cultural prominence. Perhaps Elizabeth Taylor best captured lipstick’s powerful influence when she instructed: “Pour yourself a drink, put on some lipstick and pull yourself together”.

Since making its debut in push-up tubes 100 years ago, lipstick has been helping women pull themselves together, providing them with a stamp of self-approval that says: I know who I am, and I’m not afraid to flaunt it. And there are many who’d agree with Yvette Labrousse who insists, “I can’t not wear it.”