Created by Hubert de Givenchy in 1957 as a tribute to Audrey Hepburn, L’Interdit has been reinvented in 2018. An addictive composition with bright luminosity infused by ‘black’ notes, this bold new perfume is an invitation to cross the line and elegantly embrace individuality. Rooney Mara, a captivating actress recognized for her engagement, is the face of this powerful and memorable fragrance.

Forbid yourself nothing. Allow no rules. An invitation to defy convention and embrace your singularity.

Givenchy L’Interdit celebrates the story of an exceptional friendship, that between trendsetting fashion designer Hubert de Givenchy and his muse, actress Audrey Hepburn, a symbol of elegance and audacity. More than 60 years after the original creation, Parfums Givenchy writes a new chapter for this iconic fragrance with a resolutely modern Eau de Parfum.

French maison Givenchy re-launches its iconic L’Interdit perfume for women with a new modern version and with a more calmed and sensual aroma. The original Givenchy L’Interdit perfume was launched in 1957 and got its inspiration from one of the beautiful women of all times, Audrey Hepburn.

An homage to the original L’Interdit from 1957. This new version is a tribute to bold femininity. An invitation to defy convention and embrace your singularity. A white floral cut through with dark notes unleashing a bold luminosity that flirts with obscurity. The shocking side of chic.

The fruit of a collaboration between master perfumers Dominique Ropion, Anne Flipo and Fanny Bal, L’Interdit is a subtle play of contrasts – orange blossom, jasmine and tuberose are paired with vetiver and patchouli – to better deploy its intense notes and underline the emancipating force of the fragrance.

It is a very feminine and very softly/floral perfume for women with a touch of French vibe. Givenchy L’Interdit is a classic, powdery and romantic fragrance with hints of spicy notes, but not overwhelming. Both timeless and innovative, the new L’Interdit bottle is a tribute to the 1957 flacon. 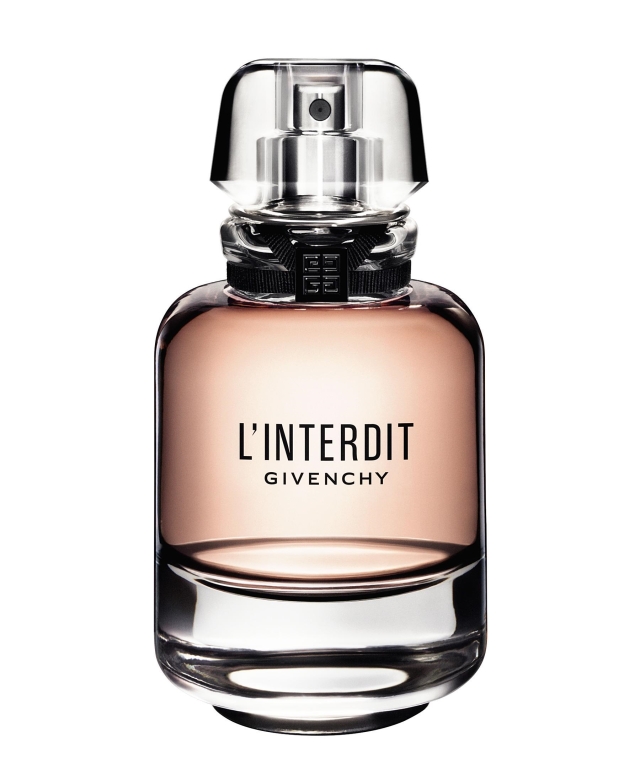 Givenchy has chosen the audacious actress Rooney Mara as the face of its new perfume. The advertising film was shot by Todd Haynes, director of the film Carol, for which Rooney Mara was named Best Actress at the 2015 Cannes Film Festival.

Experience the thrill of the forbidden. Givenchy L’Interdit is available as 35, 50 and 80ml Eau de Parfum.

Come into the world of Givenchy….